A clean house or your sanity? The dilemma of the working woman

Women today are coming to terms with the thought that we can't do everything. Find out where housework falls on the priority list. 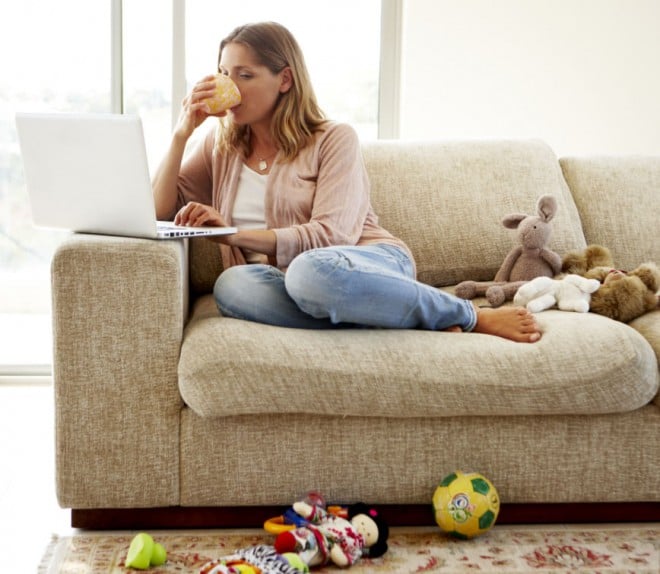 Waking up to a dirty kitchen — the sight of a sink full of dirty dishes — instantly torpedoes my enthusiasm for a fresh start in the morning. The only thing I dislike more than waking up to hours-old dishes and a crumb-laden counter is coming home from work and cleaning the kitchen. I can’t be in the minority. To clean or not to clean, it’s the modern dilemma that faces the working woman.

According to a handful of recent studies (via the Globe and Mail), more often than not women are choosing their sanity over spick and span bathroom sinks so clean they can see their exhausted faces in them. The trend, which was discussed in a recent article in The Atlantic, found that women, particularly those who were high-income earners, were faced with one of three choices when it came to balancing the responsibilities of work and home. “You can purchase substitutes for your own time, you can get your husband to do more, or you can all just do less,” said Alexandra Killewald, a Harvard sociologist who has investigated the subject.

The Atlantic article cites research by Killewald that found many women are electing to do less in the domestic sphere. They aren’t giving up on cleaning and taking care of the home altogether, but rather choosing to relax their standards. To cut themselves a little slack, many women are A-OK with picking up takeout, or prepared meals for dinner, and letting the laundry (and a whole whack of other domestic chores) go until the weekend.

In the end, however, they’re still on the hook for playing catch-up on the weekend.

Why aren’t more women “outsourcing” domestic duties if they can afford to? Killewald suggests it’s because women may be reluctant to let go of traditional ideas about their value as mothers and/or wives — ideas that are still bound up with ideas about cooking and cleaning.

Even Killewald admits to feeling like she’s proving her value as a wife in the domestic sphere. She tells Atlantic writer Alexis Coe that she makes sure she cooks when her mother-in-law comes over, not her husband.

“That’s important to me because I’m showing [my mother-in-law] that I’m a good wife,” she said. “Those expectations don’t fall on fathers and men.”

Do you still feel pressure to do the cooking and cleaning at home? Tell us about it in the comments below.