2010: Five news stories that made you happy

We’ve reached that time of year. You know, the time when news organizations start putting together their lists—top flicks of the year, the most-talked about news stories of the year, controversial newsmakers of the year and more. 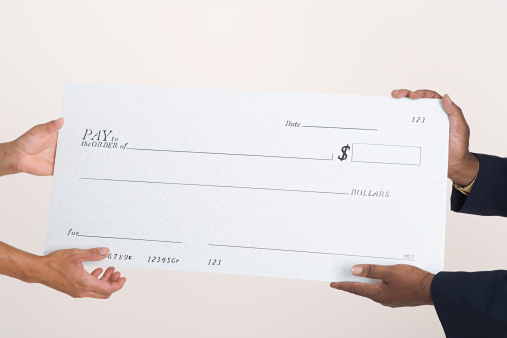 We’ve reached that time of year. You know, the time when news organizations start putting together their lists—top flicks of the year, the most-talked about news stories of the year, controversial newsmakers of the year and more. So, I thought I’d use today’s post to recap five stories from 2010 that very likely made you smile. Or feel warm inside. Or just made you feel good. Starting with…

1. The Chilean Miners: What a happy end to what could have been a devastating tragedy. After being buried alive when a mine caved in, we thought the story of the 33 Chilean miners would not end well. But this one had an astounding end when a rescue device was designed to break through the solid rock and bring each miner up one by one in a shoulder-width tight tube. We watched into the night, flicked on the TV the next morning to find that Luis Urzua, the last miner, was being brought up safely. The top feel-good story, hands down.

2. Allen and Violet Large:  After winning $11.2 million in a lottery in November, this Truro, NS couple in their seventies decide to donate the entire chunk of change to charity, noting that what they never had, they’d never miss. Their donations reached organizations such as the local fire department, churches, the Red Cross, the Salvation Army, hospitals and of course families who needed help, say reports.

3. First gold on home soil: In February, Canada hosted the Vancouver 2010 Winter Olympics in hopes of “owning the podium.” While that didn’t quite happen, what did happen was that Alexandre Bilodeau, a 23-year-old moguls skier from Montreal won Canada’s first gold at a Canadian-hosted Olympics, causing national pride to spill out into the streets of Vancouver.

4. William finally asks Kate: Don’t deny the hype—in November, the social networks were all, er, a twitter gushing over Prince William and Kate Middleton’s engagement that finally happened after a looong courtship. Add to the fact that the Prince gave Kate the engagement ring that belonged to his mother, the late Princess Diana who died in a tragic car accident in 1997, and we were swooning. Finally we’ve all got a royal wedding to look forward to.

5. Angela James and Cammi Granato: This seems like one of those stories like Halle Berry being the first African-American woman to win an Academy Award in Oscar in 2002—when you find out, you wonder, why hasn’t this happened yet? So it was with Angela James and Cammi Granato who in November became the first women inducted into the Hockey Hall of Fame. A proud moment for women, whether you play hockey or not.