20 things you need to know about your heart

Heart disease is a leading killer of women in Canada. Learn important facts about your ticker and how you can keep it healthy 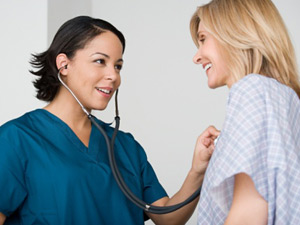 Five shocking truths about your heart

1. Heart attacks are more deadly for women than for men
Since 1973, heart-attack deaths among men have dropped 49 percent; among women, they’ve dropped only 24 percent. Why aren’t the numbers improving as much for women?
“The reasons aren’t clear,” says Beth Abramson, a cardiologist and spokesperson for the Heart and Stroke Foundation. “The question is whether there’s a gender bias [in the way heart attacks are diagnosed] or a difference in biology. It’s probably a bit of both.”
A woman’s risk of dying in the 30 days after a heart attack is 16 percent higher than a man’s, even when you control for age and other conditions. And women are less likely to see
a specialist after a heart attack, be treated with angioplasty or surgery, or be transferred to other treatment facilities.

2. The symptoms of a heart attack can be subtle for women
Some experts say that women aren’t diagnosed as swiftly as men because our symptoms can be less dramatic. Women – and their doctors – should look out for fatigue, sweating, shortness of breath, clammy skin, indigestion, nausea and shoulder, chest, jaw, neck or back pain. Instead of crushing chest pain, women might feel burning or squeezing. (Only 60 percent experience chest pain.)
Heart-attack survivors in a Yale University study – all women under age 55 reported that they hadn’t recognized the warning signs. Many assumed they had indigestion.
“Women downplay their own symptoms,” says Kathryn Ascah, director of the Stress Laboratory at the University of Ottawa Heart Institute. And Abramson agrees. “We don’t have data on this, but I like to say that women are ‘Type E’ personalities: They’re everything to everyone except themselves. They go to the emergency room with chest pain after they’ve gone to pick up a child at school.”

3. Heart research focuses on men, not women
At the Canadian Cardiovascular Congress in Toronto last fall, researchers announced that women are under-represented in heart research: Although 53 percent of heart-disease patients are women, we make up only 25 to 34 percent of the subjects in most studies. That doesn’t mean that treatments aren’t approved for women; they are. But researchers know far less about how heart disease works in women and how women may react to drugs and other treatments. “We need to change those numbers,” says Abramson. “We need to make sure that women volunteer and that doctors ask women to participate in research.”

4. For women, depression and heart disease are strongly linked
Women who have been depressed have a 70 percent greater risk of developing heart disease, whereas there’s no greater risk for men, according to a 2008 Statistics Canada study. “The recognition of that link – depression as a predisposing factor – is important,” says Peter Liu, director of the Institute of Circulatory and Respiratory Health at the Canadian Institute for Health Research. When depression sufferers of either gender have a heart attack, he adds, the chance of their dying is increased by at least 25 percent.
Researchers don’t fully understand how heart disease and depression are connected, although they suspect a few factors at work: Depression leads to inactivity, and sufferers are more likely to be smokers and to have high blood pressure.

5. The damage starts in your 20s – but here’s what you can do to prevent it now
“Twenty-five to 45 is the age when coronary disease starts to happen,” says Ascah. “You start getting fatty streaks even in your early twenties.” That’s why it’s so important to start talking about cardiac health at your yearly checkups.
“It’s also important for young, healthy women to make sure they’re not developing at-risk behaviour, because these things have adverse consequences as you get older,” Liu adds. His Rx is simple: “Get moving, eat healthfully and avoid junk food – all the things our mothers always told us to do.”

Four questions you should ask during your annual checkup

1. Should I worry about my family history?
Having a parent succumb to a heart attack doubles your risk. But, actually, your mom’s medical history may be more important than your dad’s, according to a 2006 Swedish study that found that your risk increases by 17 percent if your father had heart disease, but by 43 percent if your mother had the disease.

2. How does the shape of my body affect my heart?
Your doctor should measure waist circumference during annual checkups to assess whether your body is an apple shape – extra pounds carried on the waist – that could tip the scales when it comes to heart disease. Women with a waist of more than 89 cm (35 inches) have an increased risk of heart disease, high blood pressure and diabetes.

4. How do I know the difference between a heart attack and indigestion?
Everyone feels tired, dizzy or short of breath sometimes. But if you have these symptoms once a week, and they start happening more often – say, three times a week – tell your doctor. Also, be sure to tell your doctor if these symptoms come on while you’re resting – a sign that you may be having a heart attack, or you’re on the verge of having one.

1. We are likely to recall how much we weighed in high school than we are to know our cholesterol. But it’s too high for 45 percent of women, says Farida Jeejeebhoy, a cardiologist at the Peter Munk Cardiac Centre in Toronto.

2. What is cholesterol? It’s one of the fats in your blood. Your body uses it to make cell membranes and hormones. There are two types: LDL, called “bad” cholesterol because high levels can lead to plaque buildup, and HDL, the “good” cholesterol that helps carry LDL away from your artery walls.

3. Women who are post-menopausal or over 50 should get checked every year with a blood test. Younger women with risk factors such as diabetes, smoking, high blood pressure, obesity or a family history of heart disease should get tested regularly.

4. What is the ideal cholesterol level? This can vary, but for most women, total cholesterol should be less than 5.2 mmol/L, with LDL no higher than 3.5 and HDL no lower than 1.3.

5. Which foods lower cholesterol? Go for HDL-boosting fatty fish, such as salmon and mackerel, almonds and walnuts, and monounsaturated vegetable oils such as sunflower, canola and olive oil.

6. Which foods should you avoid? Steer clear of any products with more than five percent of total fat from trans fats. Also, limit your consumption of fatty red meats and high-fat dairy foods.

SIZE: A woman’s heart weighs 118 grams on average, about as much as a green pepper. A man’s heart weighs about 60 grams more. Larger hearts are easier for cardiologists to work with, so when a woman receives a transplant, it’s usually a man’s heart.

VALVES: Women’s valves are floppier than men’s, which may be why we’re born with more valve disorders, such as mitral-valve prolapse, a condition that affects about six percent of women and can progress to the point where the valve between the upper and lower left chambers no longer closes properly.

We ask an expert: Is it possible to have a heart attack while exercising?

According to Renée Hessian, a cardiologist at the Ottawa Heart Institute, when someone dies of a heart attack on a treadmill, there could be a few reasons why. One is that she suffers from undiagnosed heart disease, which means that she has blockages in her arteries. Another is that plaque in her heart’s arteries has ruptured and a blood clot has formed. Whether you should be worried depends on your personal risk factors, such as high blood pressure, diabetes, family history, obesity and a sedentary lifestyle. Walking about 30 minutes a day is generally safe, and it’s enough for most women to stay in shape and reduce their risk of heart attack or cardiovascular disease. If you’re doing more than that, such as working out aggressively to lose weight or running a marathon, protect yourself by visiting your family doctor for an assessment first.