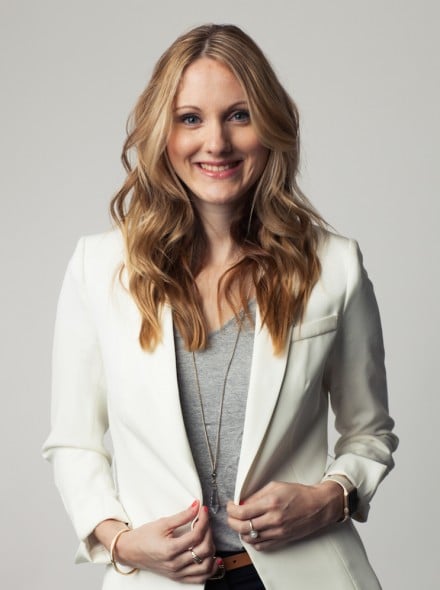 Prince Edward County didn’t get its first winery until 2000. But in less than 20 years, this region between Toronto and Ottawa — on the shore of Lake Ontario — has become a tourist destination rivaling the popular Ontario wine region Niagara-on-the-Lake. This past summer, Vogue called PEC “the Hudson Valley of Canada.” And the area seems to keep growing in popularity as more and more locally focused eateries and businesses open in the municipality made up of farmland, a provincial park and a handful of small towns. “You can go for five different weekends in a row and do five different sets of things,” says entrepreneur Erin Bury, who co-founded the County Wine Tours company.

Bury is now based in Toronto, where she works as the managing director of Eighty-Eight, a design and communication agency, but she was born in Belleville (just outside of PEC), and her dad now lives in the County. A couple of years ago, while touring the area’s many wineries with her friends, Sheba Zaidi and Genevive Savundranayagam, she noticed stretch limos shuttling folks around, but unlike in places such as Niagara-on-the-Lake, there was nary a bike tour in sight. 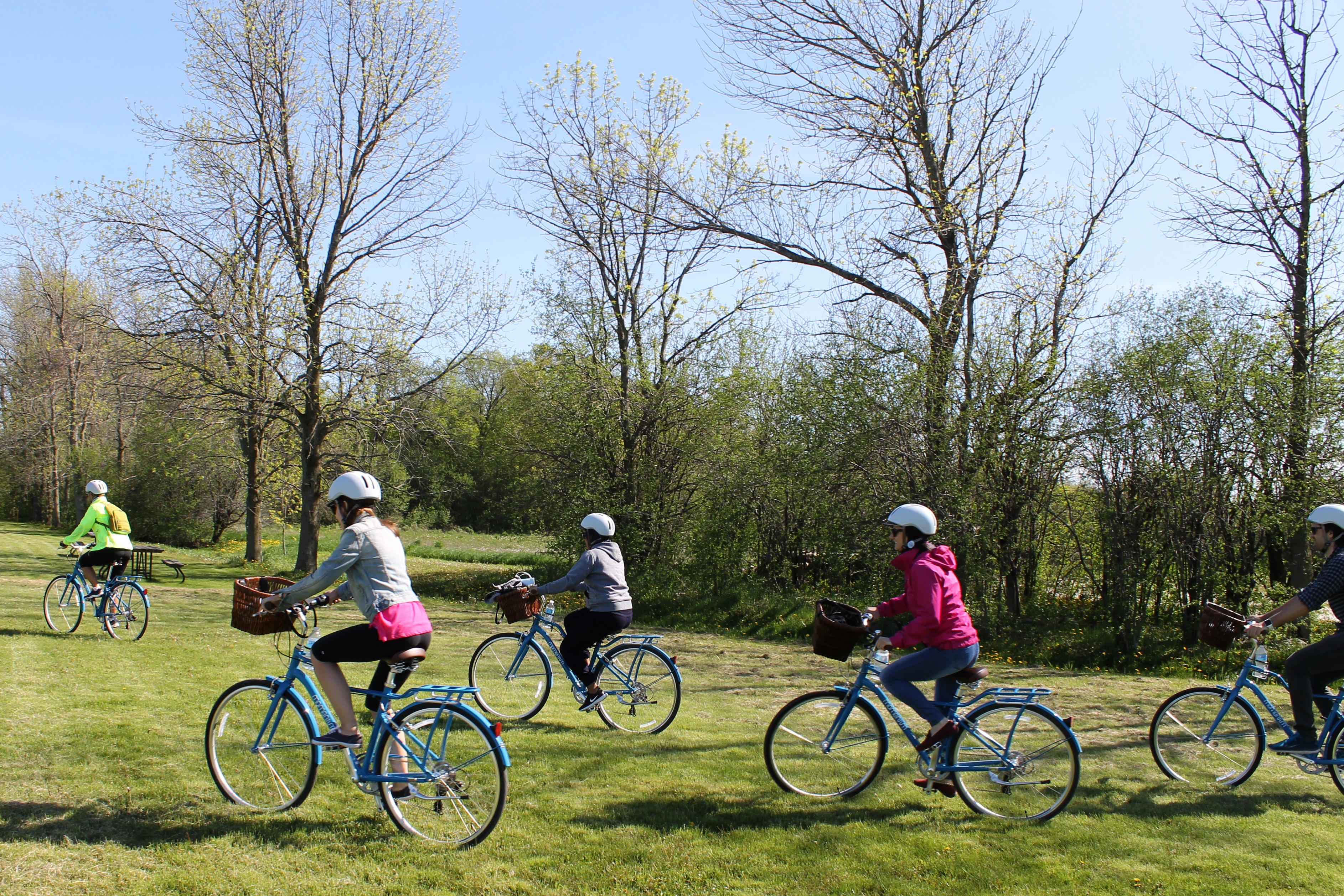 “If anyone can do this, we can. And if we don’t do it, someone else is going to,” she remembers thinking when she began dreaming up the idea of starting a bike tour company with Zaidi and Savundranayagam. All three women all have backgrounds in PR and marketing.

This past May, they launched The County Wine Tours with a fleet of 10 bikes (they offer car service in the winter months). Their local tour guides include Bury’s dad and stepmom, as well as a crew of local retirees eager to lead groups around the County on an 18-kilometre loop that stops at four different wineries.

We asked Bury where she heads to when she needs some R&R in the County, and she shared some of her favourite spots in and around Wellington, one of the small towns nestled in PEC.

This is the world’s first certified vegan winery. Sherry Karlo, who co-founded Karlo Estates with her late husband Richard in 2005, told Eater, “A wine is considered vegan when there is no use of any animal products during the production phase of the winemaking.” Some use animal-derived products — such as isinglass (dried fish bladders) or albumen (egg whites) — in the clarification stage of the wine-making process.

Instead of cheese, Bury likes how Karlo Estates pairs its wine with nibbles like wasabi peas and dark chocolate chips during tastings. She’s also a fan of the winery’s bright red barn and its dry-stone bridge, which is one of the longest of its kind in North America.

For Bury, however, this vegan winery is extra special. It’s where her boyfriend proposed last Canada Day, while she was leading a County Wine Tour for 14 friends.

From an aesthetic perspective, Bury says The Grange is her favourite winery in the County. And it’s easy to see why. The picturesque winery is situated on a 200-year-old farm with 60-acres of vineyards. Bury loves the wooden barn dating back to the 1800s and the expansive grounds.

For those who need more than a few wine tastings, The Grange offers a picnic lunch filled with locally sourced charcuterie, cheese, jam, preserved vegetables and freshly baked bread. Visitors can pick up a basket and dine al fresco with a glass of wine.

@sahar_aman insisted on wine and pizza for her birthday…I had ZERO objections. Perfect way to spend this beautiful Saturday! #thecounty #princeedwardcounty

Wood-fired pizza is easy to find in Prince Edward County. At Norman Hardie Winery — arguably PEC’s most famous winery — hours-long lineups for pizza (and a coveted seat on the patio) are common. The County Cider Company and 555 Brewing Co., also sell wood-fired pizza for those looking to pair a refreshing pint with a piping hot pie.

Bury’s favourite pizza place is the Italian-style TerraCello Winery, which offers about a dozen different types of pizza on its patio. Bury claims it’s among the best pizza she’s ever had in her life.

Starting off day two in PEC at @enidgracecafe – tastes as good as it looks!

“I go there every single morning I’m in the County,” says Bury about this breakfast and brunch spot in Wellington. Bury has a slew of recommendations — from Midtown Brewing to the Sand and Pearl Raw Bar — but this cozy spot tops her list in a.m.

Thanks @themillpec for a delightful meal tonight. You had me at "charcuterie and old fashioned" 🥃

This restaurant opened this past summer in Consecon, a small PEC town right on Consecon lake. Bury describes it as an up-and-coming area that’s relatively close to the 401; it’s also not quite as popular as Wellington and Picton. Fittingly, she says The Mill, which is located inside an old barn, is a laid back spot sporting a menu filled with comfort food and as Bury says, an excellent charcuterie board.

With a decadent-sounding brunch menu in the morning and DJs on Friday and Saturday nights, this hot-spot in Wellington does it all. Bury says all of the County Wine Tours start around the corner from this restaurant and bar, which she notes is one of the most Instagrammable places in the County thanks to its neon sign, which reads “fire in our hearts.”

Ice cream is always a good idea, especially when it’s handmade. Slickers has two locations — one in Picton and another in Bloomfield — but Bury recommends the latter, which is also this ice cream shop’s original outpost. The most famous flavour here is “campfire” or toasted marshmallow. Grab it in a cone or a cup and be prepared because both locations are cash-only.

Beyond food and wine

One of the best way to enjoy the County is through your taste buds, but if you need a break from all that eating and drinking, there’s still lots to do.

Perhaps the most popular relaxation spots is Sandbanks Provincial Park, which features a white sandy beach on the shores of Lake Ontario.

For those looking to shop, Bury recommends Oak Clothing Store, a small boutique in Wellington with on-trend clothing for both men and women.

The Parlour Studio, located right next to Enid Grace, is another one of Bury’s go-to spots. It sells flowers and plants, including succulents and cacti, if you’re looking to bring something from the County back home.

Erin Bury was a panelist at the Chatelaine: The Big Dish event in Toronto on Sunday, October 29. Click here for more interviews and stories from the women who took part.