Ben & Jerry's Dairy-Free Cherry Garcia Ice Cream Is Here — But Is It Any Good? 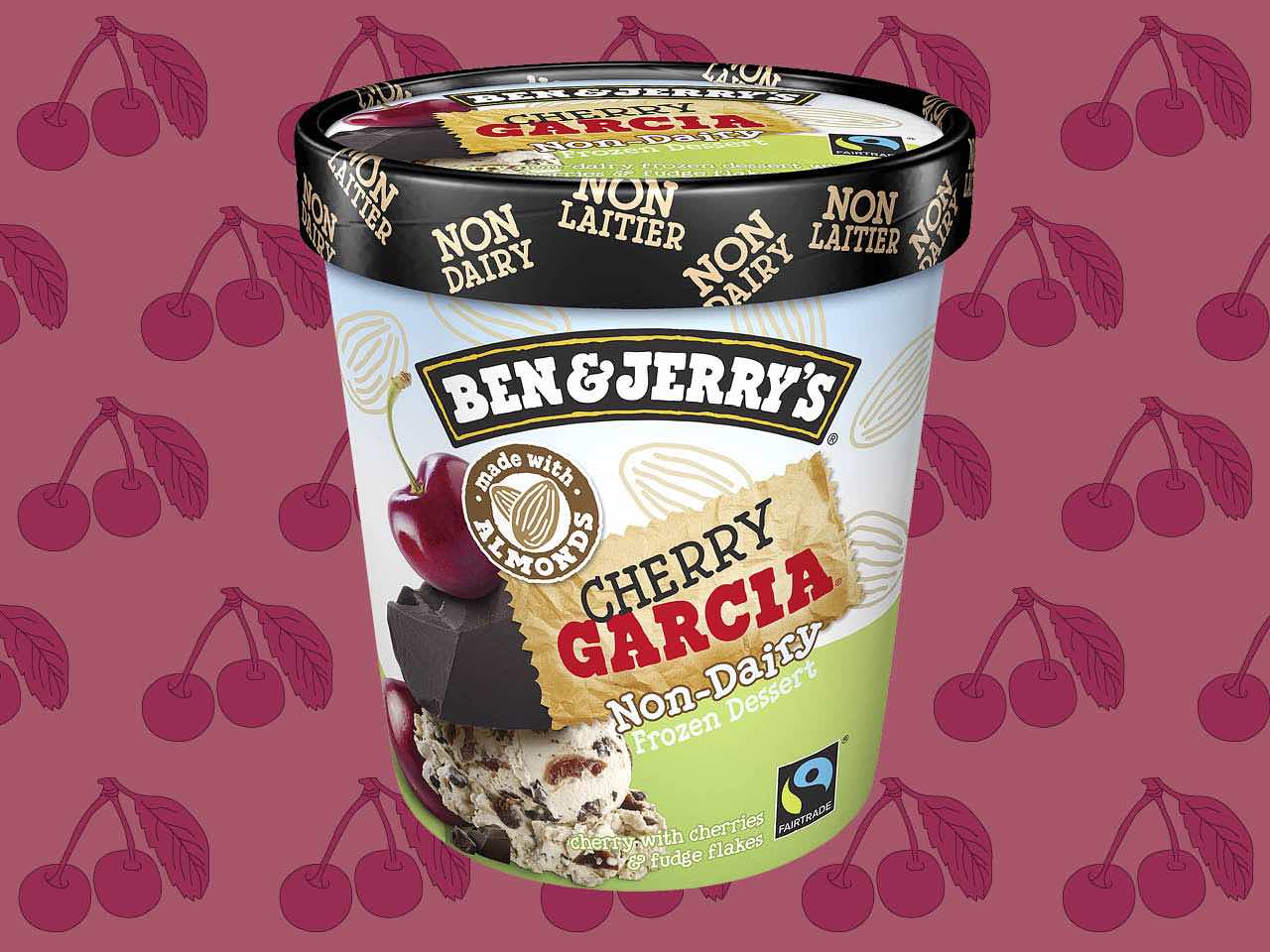 The vegan version of Cherry Garcia is made with almond milk. Photo, Ben & Jerry’s.

Dairy-averse Ben & Jerry’s fans have at least one thing to be grateful for this week. The American ice cream brand has introduced a vegan version of one of its most popular flavours to Canada. Welcome, Non-Dairy Cherry Garcia.

Halo Top, The Low-Cal Ice Cream Americans Are Obsessed With, Is Here — But How Does It Taste?

These pints of vegan ice cream are made with almond milk and, at first glance, the lactose-free Cherry Garcia looked just like this Ben & Jerry’s classic — blush pink and studded with chocolate chunks and dried cherries.

How did the dairy-free Cherry Garcia hold up?

Our food editor, Irene Ngo, who’s lactose intolerant, was super excited to be reunited with her favourite ice cream flavour, though she found the vegan Garcia a little too sweet. She says the fattier dairy base of the original gives it balance, but if you love marzipan, you’ll probably appreciate the almond-milk version’s nutty taste.

So, would Irene buy it again? Absolutely. It’s just better to think of the non-dairy option as a Cherry Garcia-inspired flavour, and not an exact replica of the real thing — just as you would with other ice cream alternatives, like the low-cal Halo Top. Ben & Jerry’s light ice cream (called Moo-phoria) won’t be available in Canada for at least another year.

Watch: How to make the prettiest ice cream sandwiches