All you need is self-rising flour and Greek yogurt. 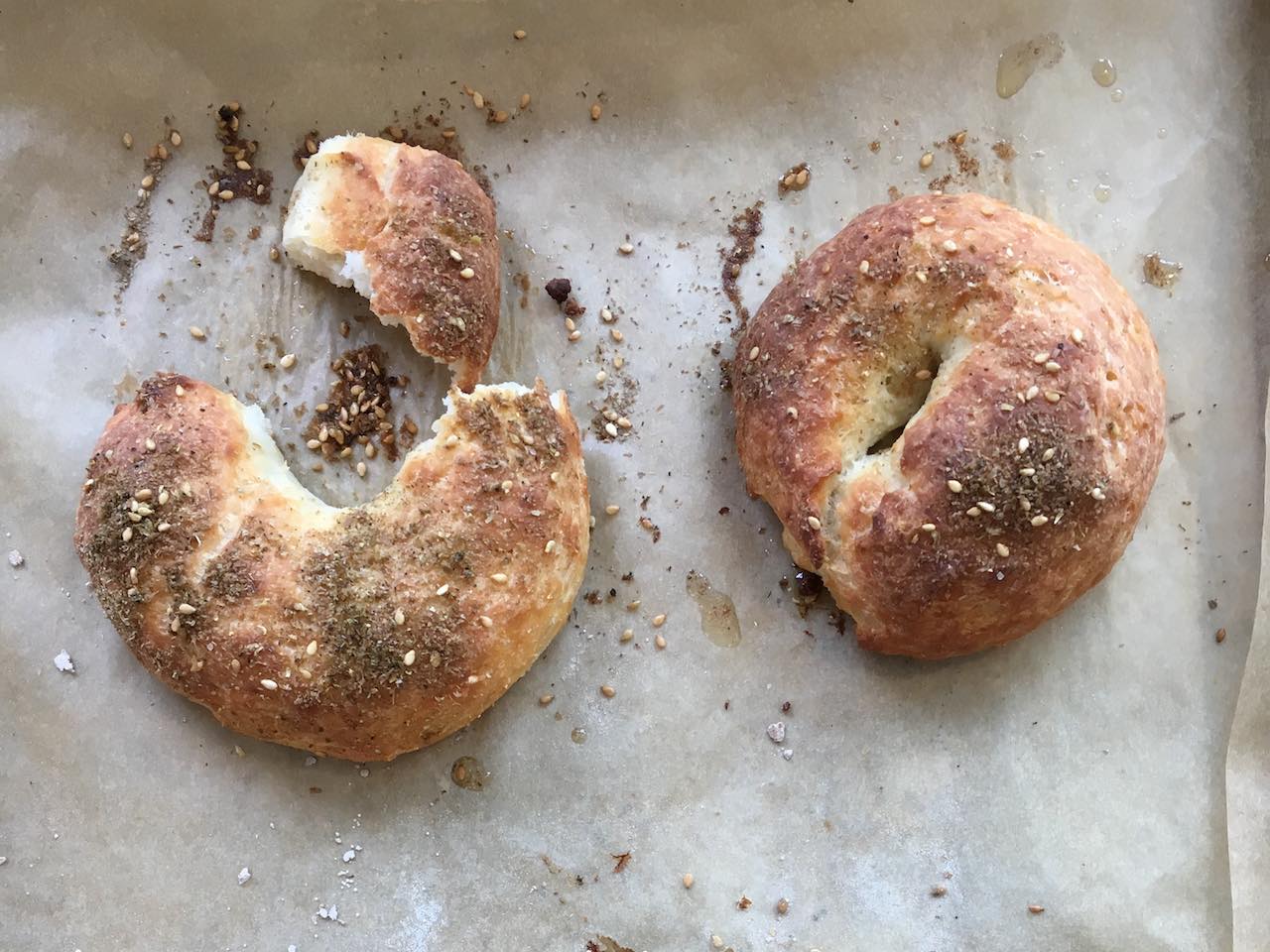 Two-ingredient bagels are all over the Internet. These Pinterest-approved rolls are supposed to be a healthier alternative to your favourite breakfast-time baked goods.

I generally balk at so-called diet food, but I am all for a recipe that’ll let me devour homemade bread in under an hour. In food blogger Molly Yeh’s recently released short-stack cookbook, she claimed to make a sourdough dupe using yogurt, so I was doubly intrigued. But would these bagels live up to the online hype? That’s what I hoped to discover when I gave this recipe a whirl. 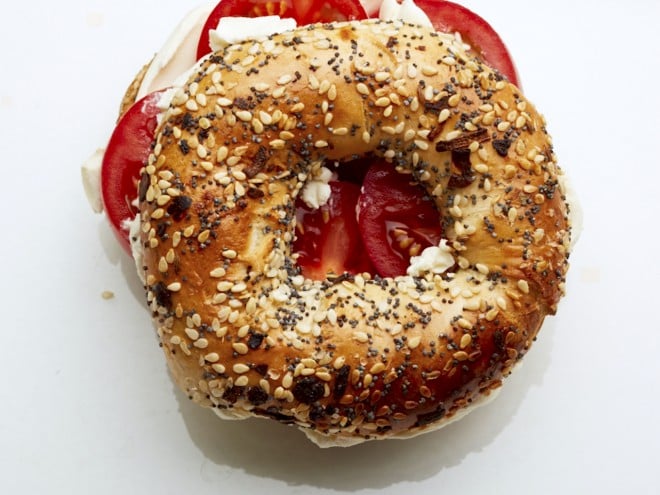 To get started, all you need is one cup of self-rising flour and one cup of Greek yogurt.

The recipe I used called for non-fat Greek yogurt, but that sounded extra-lame (and flavourless), so I subbed in 2 percent. And if you don’t have self-rising flour sitting in your pantry, make some yourself by sifting together:

When you mix the flour with the Greek yogurt, you’ll get a sticky and rather shaggy dough. Mine was pretty dry, so I added an extra little bit of yogurt — about one tablespoon total.

After kneading the dough, I divided it into four equal-ish pieces and rolled each one into a snake before shaping them into bagels. (Be sure to pinch the ends together, or you’ll be left with crescents instead of round bagels.)

Most two-ingredient bagel recipes will tell you to brush your dough with an egg wash, but since I was out of eggs, I used melted butter (this also added more flavour to the mix). Since I didn’t have any poppy or sesame seeds on hand, I used za’atar, a salty and savoury Middle Eastern spice mix, as my topping. I popped them in the oven for about 25 minutes at 350 F and then waited for my mind to be blown. 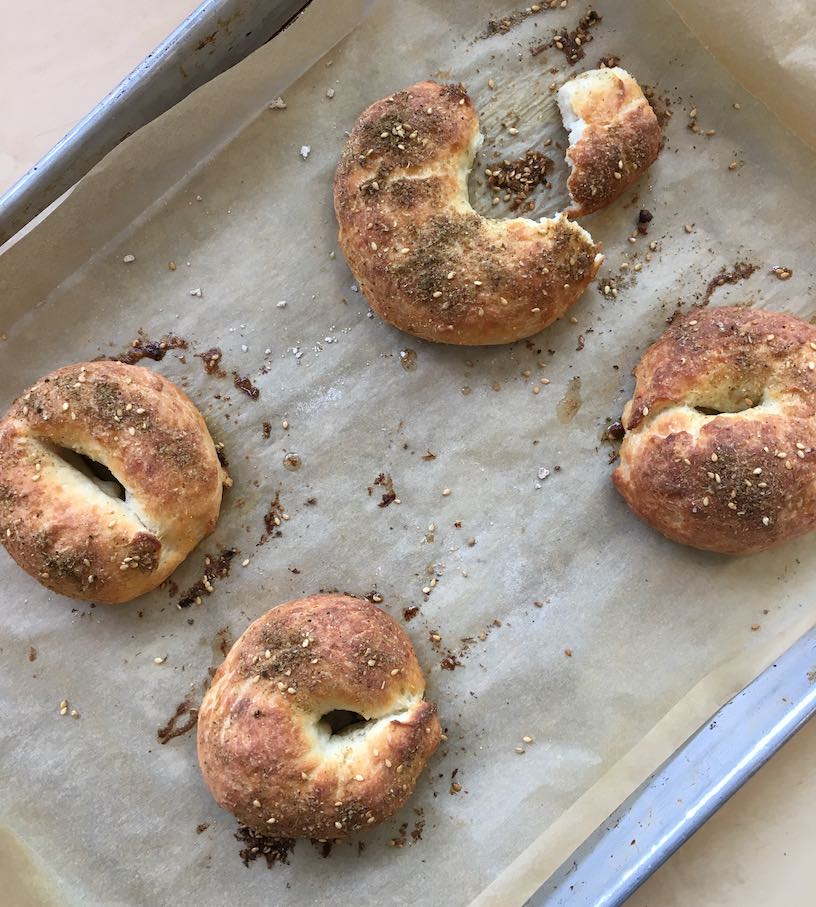 How do these two ingredient bagels taste?

I barely let the bagels cool before ripping off a piece to sample. Let’s just say I was disappointed with the result, as was the rest of the Chatelaine Kitchen team. Thanks to the yogurt, they were rather moist and overwhelmingly tangy. But not in a delicious, sourdough kind of way — hot yogurt is an acquired taste.

However, I went back to the bagels after about an hour to give them a second chance and promptly ate two. I saved the remaining bagel for breakfast the next day and it was even better. The yogurt flavour mellowed and the texture wasn’t quite as wet. While it didn’t taste like my favourite Montreal-style bagel, it made for a decent breakfast that actually kept me full until lunchtime.

Would I make these bagels again?

When I have time, I love to batch-cook my weekday breakfasts, whether that means making a bunch of oatmeal or whipping up muffins. Since these two-ingredient bagels tasted best at room temperature, I could see myself making them on a Sunday night to get through the work week. But then again, I could also pick up a few dozen bagels from my favourite bakery and freeze ‘em for those early morning meals.