The distinctive orange tuber is facing off with cauliflower for the title of healthiest ingredient substitution. 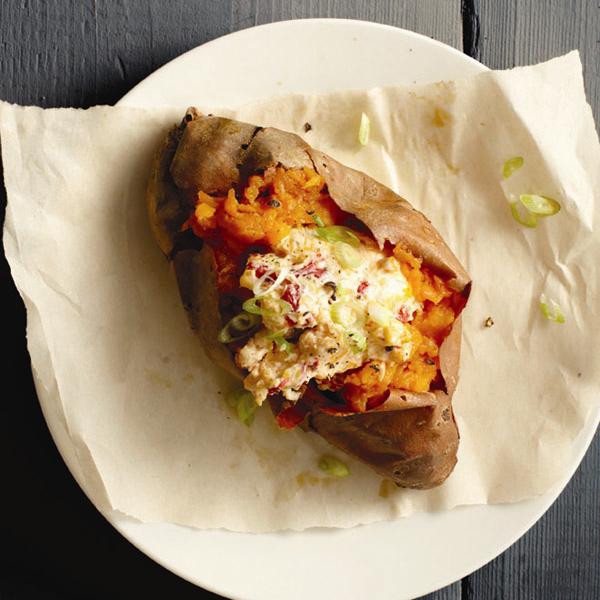 Sweet potatoes are an excellent source of fibre and beta-carotene (the precursor to Vitamin A), low in fat and high in antioxidants (particularly in their skins), and they’re about to dethrone cauliflower as everyone’s favourite superfood. Like cauliflower — whose price fluctuations last winter sent everyone into a tailspin — sweet potatoes function as a wholesome starch substitute, but they’re even more versatile: they can be used to replace fats, starches and sugar. Popular examples cropping up include:

Toast: Throw a sweet potato slice in the toaster (cooked twice for an extra crispy texture), and use it as a base for trendy toppers like avocado, eggs, nut butters and other sources of fat that help the body absorb the veg’s abundant supply of beta-carotene.

Ice cream: Social media is rich with wild flavour trends, and sweet potato may just be one of the tamer ones. At Toronto’s The Dirty Bird Chicken + Waffles, they serve it up between two mini waffles, topped with crushed candied pecans. (Okay, so it’s not exactly a health food…but it sure looks delicious.)

Interested? Start sweetening things up at home with Chatelaine’s savoury sweet potato yogurt (it will knock your socks off).

More:
Skyr yogurt: The next Greek yogurt
Quebec corner stores get a healthy makeover
Pasture-raised pork: The next big thing at the meat counter