You Can Now Find Tide Pod Doughnuts At A Canadian Bakery

A far less toxic way to get in on the Tide Pod Challenge. 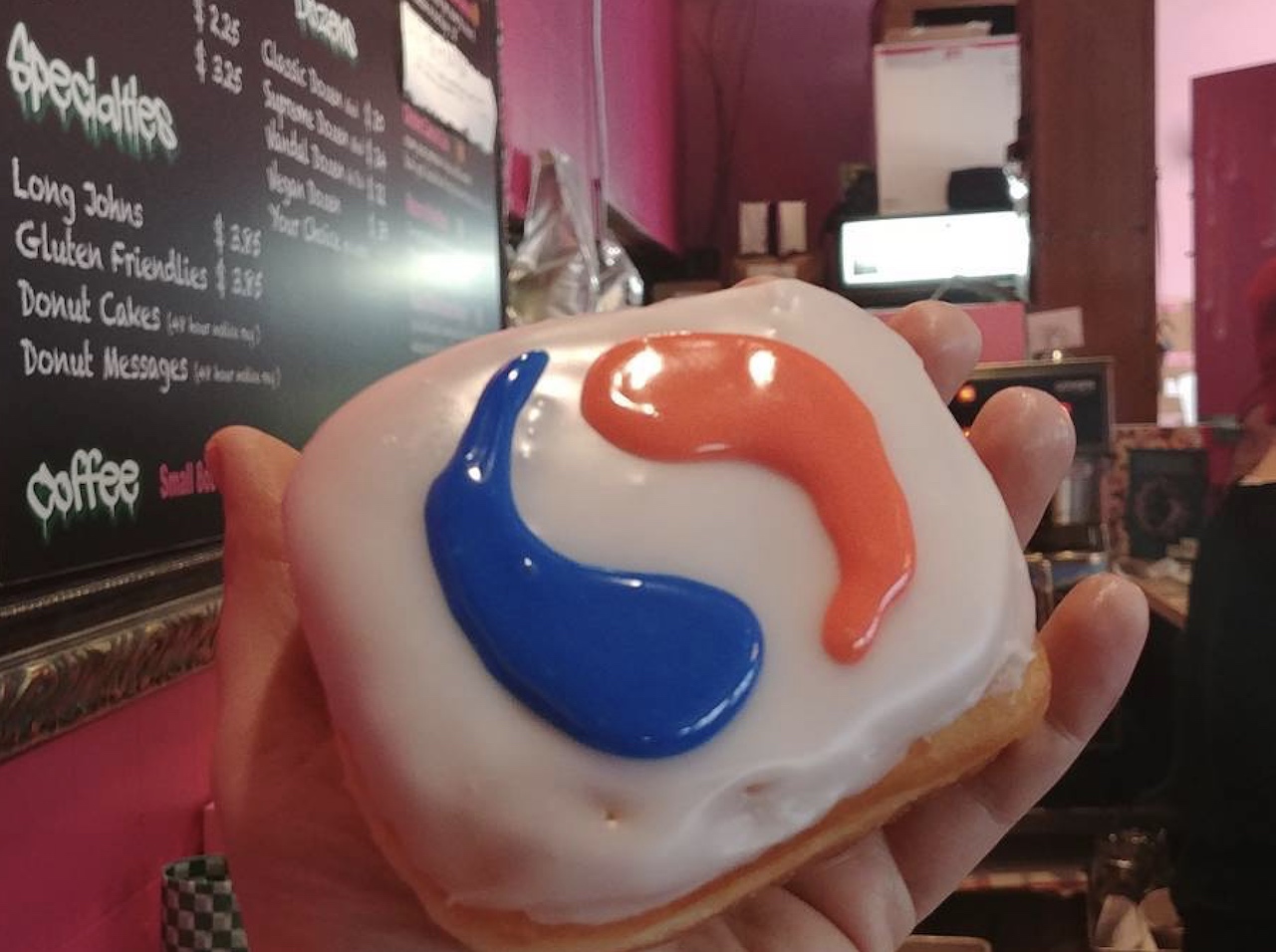 Last year brought us some wild and wacky food trends, but nothing comes close to 2018’s obsession with eating Tide pods. (People, no matter how much they look like candy, never, ever put a Tide Pod in your mouth.)

Even though these laundry detergent pods are poisonous, folks young and old still want to taste them. According to the American Association of Poison Control Centers, as Vice reports, there have already been 86 cases of “intentional misuse” of Tide Pods in 2018 (in comparison to 56 in all of 2017). These blue and orange detergent bombs not only resemble little bonbons, but they also have a strangely seductive texture — as you drop a pod into your washing machine, you can’t help but to imagine what it would be like to chomp down on one. Even Natalie Portman rapped about them Saturday Night Live.

Plenty of creative souls have developed edible Tide Pods to sate the soapiest of cravings, including the Halifax-based bakery Vandal Doughnuts.

Vandal released its deep-fried Tide Pod doughnut last month to much fanfare. Instead of being stuffed with noxious soap, the square-shaped treat comes with a lemon filling and is topped with white, blue and orange frosting. While it’s not on the daily menu anymore, it is available for custom orders, perfect for when you want to make laundry day an extra-special event.

Along with Vandal, a Redditor spotted Tide Pod–like blue-and-orange sprinkle doughnuts at a Tim Hortons, though it’s unclear whether or not it was intended as an homage to the Internet’s favourite detergent.

Despite this surreal pop-culture moment, it’s seriously dangerous to eat Tide pods. Long before the so-called Tide Pod Challenge surfaced, young children were getting sick and, in some tragic cases, dying after ingesting these pods.

Hopefully this meme has reached its peak and we can go back to focusing on 2018’s less outrageous food trends, like Blue Majik, an algae product that turns everything it touches electric blue: a 100 percent edible way to inject colour into your diet.

Watch: How to make cinnamon buns (if you’re not in the mood for a Tide Pod)