And universities across the U.S. and Canada are lining up to get a slice. 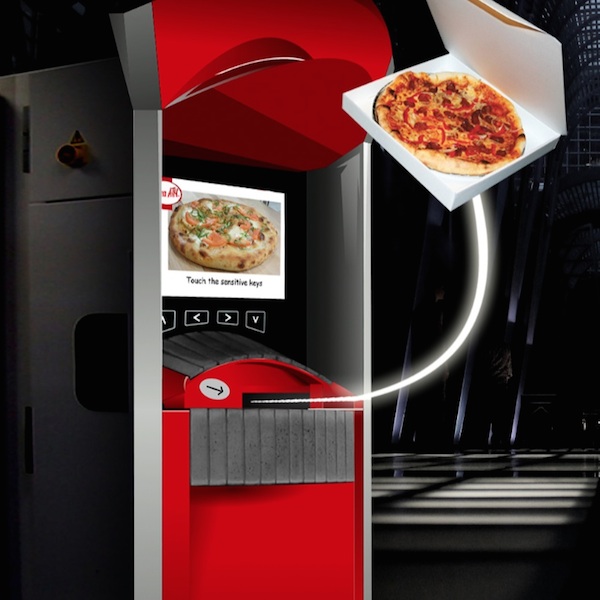 ATMs aren’t just for money anymore — university students across North America could be the first to get the Pizza ATM, a 24/7 purveyor of everyone’s favourite takeout food.

After a successful installment in an Ohio University last August, Paline (partnered with a manufacturer in France who first developed the machine in 2002) is now fielding inquiries for the Pizza ATM from businesses and colleges located in 20 states and Canada, GrubStreet reports.

Food ATMs are a growing trend: San Francisco has ATMs that deliver fresh baguettes (can we get one?!), and bright pink Sprinkles cupcake ATMs dot at least 10 states through the U.S.

So how does it work?

Operating 24/7, the machine houses 70 refrigerated 12” pies (with pre-cooked bases) at a time. An internal computer manages the best-before dates, temperatures and convection cooking times for different pizzas. The order is ready, dispensed in a pizza box, in just 3 minutes. Vending machines better watch their backs.