“It’s going to be plant-based, and it’s going to be delicious.” If you’re invited to dinner by Jillian Harris and Tori Wesszer, that’s all you need to know.

Things have changed since Jillian Harris and Tori Wesszer started co-hosting dinner parties when they were in their 20s and living on the same Vancouver street. For starters, they’ve ditched the mad rush to photograph the food before everyone sits down to eat. “Back then, we both had full-time jobs, so the evening was the only time to capture content for our blogs,” explains Jillian. “The sun would be setting and we would be sweating and people would be coming in and we’d be trying to take pictures and would say, ‘Not yet! Not yet!’ when anyone tried to eat anything.” Food is also no longer shot in the bathroom: At the time, Jillian’s toilet tank and the bright, white wall behind it made the perfect photo perch for a dish.

But the biggest change? Dinner itself. The cousins are still a tight team: both now live in Kelowna, B.C., with their young families, they still throw plenty of dinner parties together and they recently co-authored a bestselling cookbook, Fraiche Food, Full Hearts. But these days, their menus are always plant-based, meaning mostly foods derived from plants, with few, if any, animal products. For Tori—a registered dietitian, mom of two boys, Max and Charlie, and author of the lifestyle blog, Fraiche Living—this wasn’t a radical shift. “I feel like I’ve always been what would now be called plant-based, although now I eat less meat and more plants and dairy alternatives than I ever have,” she says. 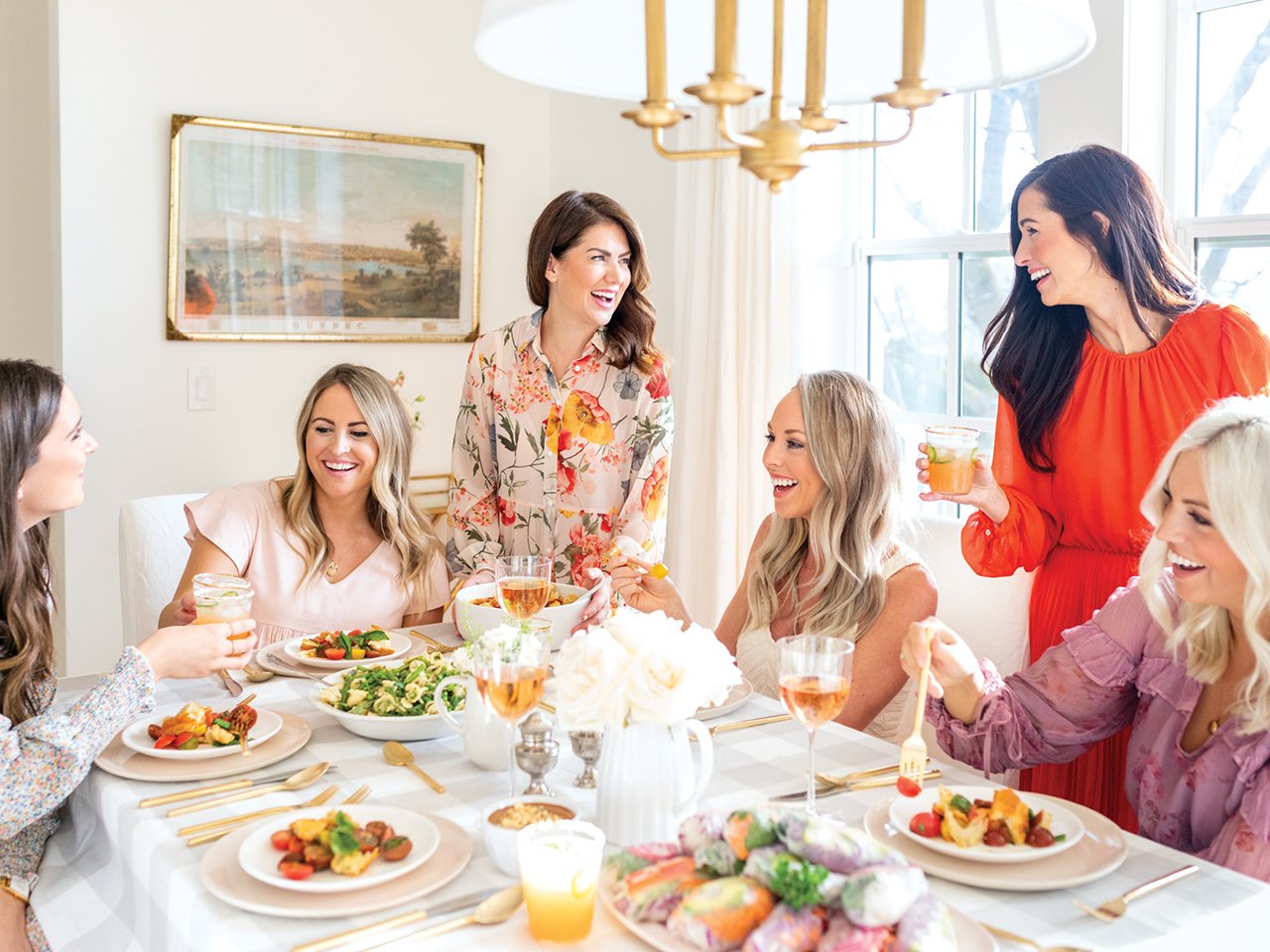 Jillian’s transition was a steeper curve. When the Jillian Harris blogger and star of HGTV’s Love it or List it Vancouver started dating her fiancé, Justin, she’d keep a can of bacon grease on her countertop. “I put it in everything,” she says. Then, about four years ago, she became increasingly interested in animal rights, and started phasing meat and dairy products out of her diet. (Bacon was the first to go.) Jillian describes her current diet as 80 percent plant-based, aside from eggs and the occasional burger or chicken finger with her two kids, Leo and Annie. “I feel hypocritical when I say I eat meat sometimes,” she says. “But I’m very careful about where I get it.”

In these polarized times, promoting a plant-based lifestyle while occasionally eating meat can lead to heated criticism. “I think that one of the problems in the trend toward plant-based eating is the all-or-nothing approach,” says Tori. That’s why their book, Fraiche Food, Full Hearts, focuses on vegetarian recipes with vegan options—and has a few seafood dishes for good measure. “Plant-based eating isn’t just a trend. It’s important on a few different levels,” says Jillian. “I think it’s critical not to discourage people.” Both advocate small steps, even if it’s just swapping your coffee creamer for soy. (For the record, Jillian swears that Silk for Coffee Original beats the real deal.) 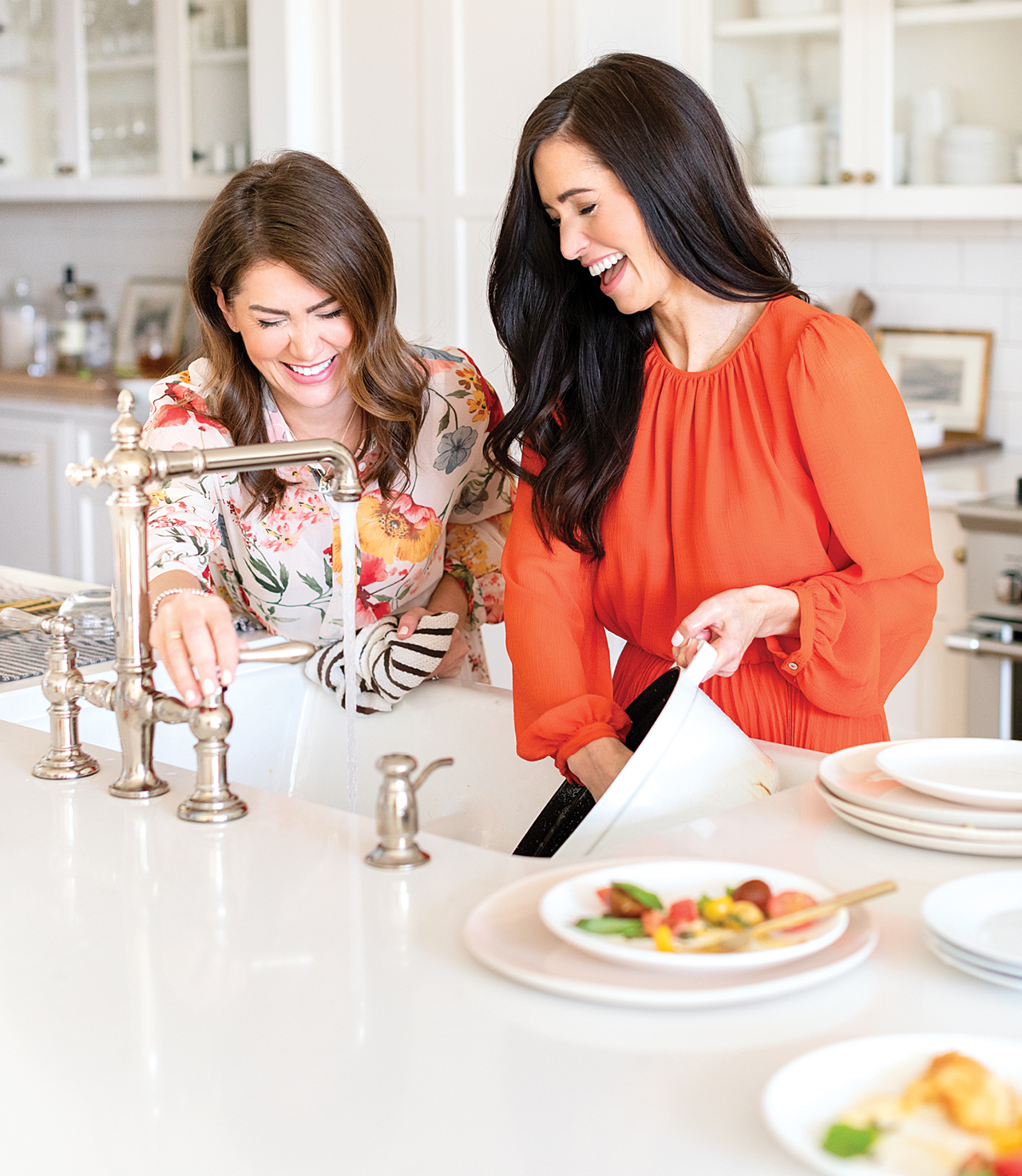 Jillian and Tori have also learned a thing or two about translating beloved recipes into plant-based versions. First off, most things can be: the Garden Bolognese and Veggie Stew With Dumplings from their cookbook are marquee examples, though Jillian has yet to find the secret to recreating her go-to jambalaya. Second? Managing expectations of meat-loving guests is absolutely possible, but a process. “It definitely took time to figure out how to entertain without meat,” says Jillian. The first time the duo hosted a Thanksgiving sans turkey (they did a Mushroom Wellington instead), some family members joked that they’d be making a McDonald’s pit stop first.

These days, no one questions what they’ll be served. “They know they’re going to be fed, and they know it’s going to be delicious,” says Jillian. As for her next big project? Another plant-based menu—this one, for her summer wedding. 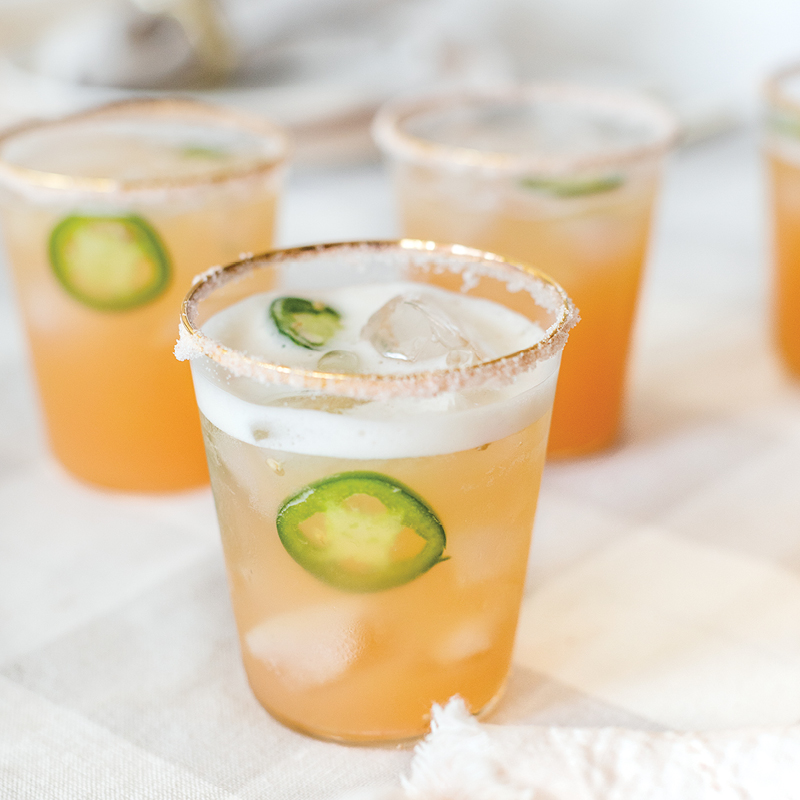 These super yummy margaritas are insanely easy to make and always a hit! Do not be scared off by the egg white (or aquafaba); it makes the cocktail smooth and slightly creamy. Get this Grapefruit Jalapeño Margarita recipe.