Is Doritos Actually Making A Chip For Women? The Real Scoop On #LadyDoritos

Answers to your most pressing questions about Doritos' supposed chips for women. 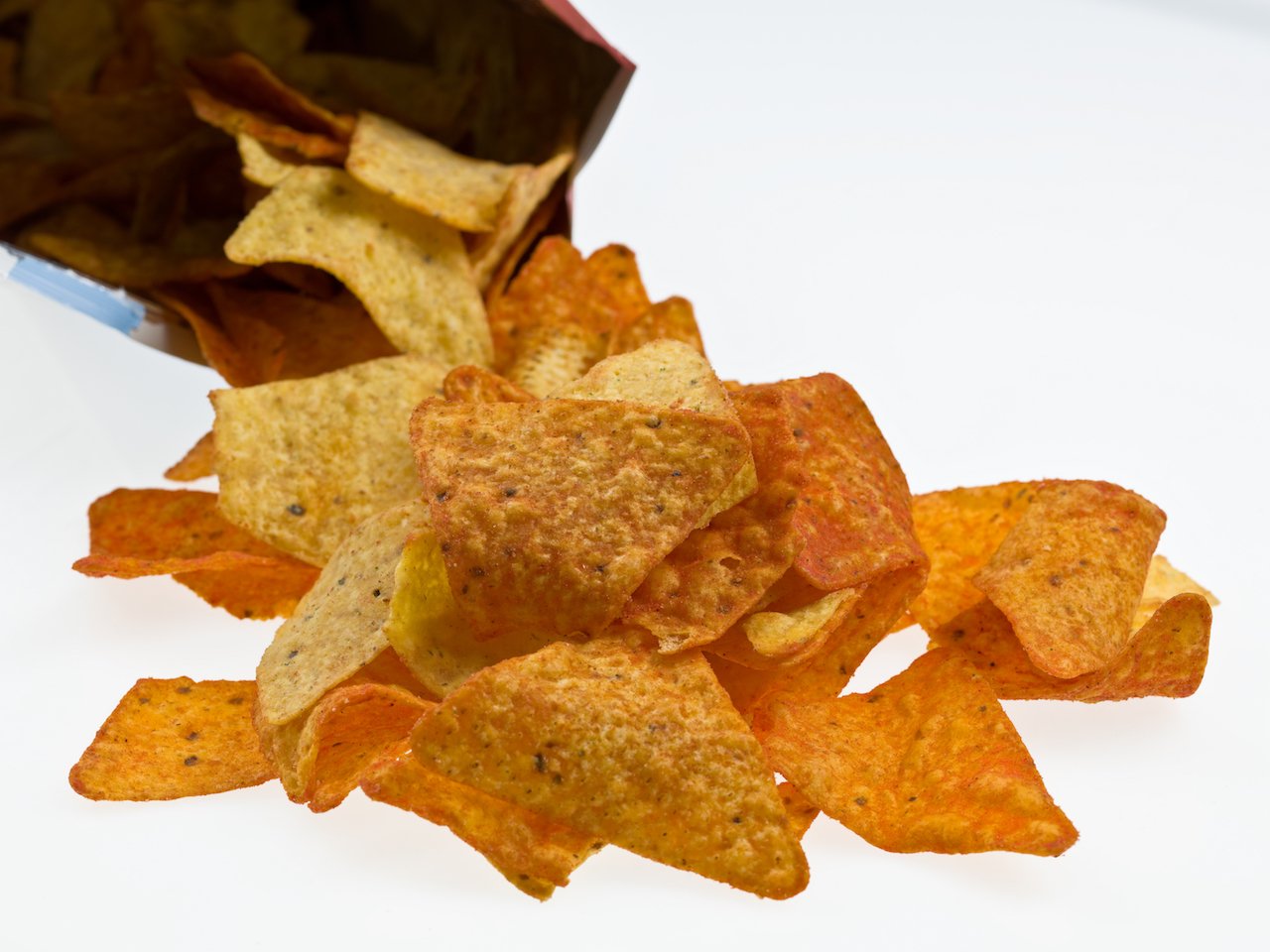 On Sunday night this spot for a new Doritos flavour called Spit Fire made the list of best Super Bowl commercials, but by Monday morning, people were spitting fire for a different reason. Namely, news that the iconic chip brand was planning to launch a new line for female consumers. Rumours that the #LadyDorito would have less crunch and would be small enough to fit into a purse sent the Internet into a five-alarm fury. The debacle raises a lot of questions: Is this a hoax? Are the Doritos execs nuts? And what would a lady chip taste like, anyway? Below, the answers to these questions and more.

How did the Doritos chip-tastrophe first get started?

Rewind to last Wednesday when PepsiCo CEO Indra Nooyi appeared on the Freakonomics podcast to talk all things snack biz (Pepsi owns a whole bunch of brands including Tropicana, Gatorade, Quaker and Frito-Lay, which is Doritos). When the conversation turned to snack habits based on gender, Nooyi had some interesting insights to share: Namely that “young guys” love to crunch on their Doritos in public. They love to lick the sticky flavour dust off of their fingers “with great glee” and when they are almost finished they love to turn the bag upside down and pour all of the tiny little pieces into their mouths.

Well, according to Nooyi, female consumers would “love to” to engage in that kind of behaviour — the crunching, the licking, the dumping into their mouth with abandon — but we don’t because, well, Nooyi doesn’t say exactly why. Nor does she provide a source for her market info, but her implication is that female consumers are too self-concious and well-mannered to get their chip on in public.

And did she actually say Doritos was planning to launch female-targeted chips?

Here’s where it gets a bit tricky. What Nooyi says is that based on these perceived gender distinctions, the powers that be at PepsiCo have started asking whether there “are there snacks for women that can be designed and packaged differently.” She also says they are working on products (chips, presumably) that would be low crunch, with a female-friendly flavour profile that doesn’t stick on your fingers but does fit in your purse. She did not say that Doritos in particular are planning to creating such a product, but “Lady Doritos” (the term that became a hashtag that almost broke the Internet) are a pretty logical conclusion based on her comments.

What is a female-friendly flavour profile for a chip?

Nooyi doesn’t elaborate on this point, but we’re guessing … um … lavender, cotton candy, salted caramel and the taste of waking up in the morning and knowing that the world doesn’t value you less because you have a vagina.

Is that a joke?

Yes — because if we weren’t joking about the concept of dainty lady chips in 2018, we’d have to start crying. It’s true, ridiculous gender-targeted merchandise is nothing new (see: SkinnyGirl Wine, Bic pens “For Her” and pretty much every diet/beauty/cleaning product ever invented). Still, the idea that chip lovers should be divided along gender lines feels especially outrageous. Particularly since the supposedly “female-friendly” chip implies that women want to be quiet, clean and are always in possession of an impractically tiny purse. And also because all people — male or female — who love licking the chip dust off of their fingers in public should NOT BE ALLOWED IN PUBLIC.

Safe to assume the reaction was not good?

Since the story exploded yesterday morning we have already seen backlash and backlash to the backlash, think pieces and panel discussions and, of course, some classic celebrity Tweets. Chrissy Teigen joked that “The only quiet chips are stale chips. This Tuesday I’m voting #no on #ladychips.” Comedian Andy Richter blamed Lady Doritos for the stock market upset. Here in Canada, Ontario Premier Kathleen Wynne tweeted a chip selfie featuring a bag of Doritos Nacho Cheese and the caption “In flight snack en route to DC. The original is crunchy, messy and delicious enough for everyone.”

It’s true: Silent snacks could be a brilliant innovation to sell at movie theatres, outside lecture halls, in flights were you can’t escape from a stranger’s incessant chomping. The problem is not about crunch or no crunch, but rather that targeting the products at women reinforces damaging gender stereotypes. Kathy Griffin nailed it, tweeting, “This may seem silly to some folks, but at one point or another most women are told that they’re too loud, take up too much space, that we’re too much. If Doritos is actually doing this it’ll just represent the BS women have had to deal with at home and at work #CrunchLouder.”

So is Doritos actually doing this?

Well they’re definitely not anymore. Last night, the official Doritos Twitter account tweeted, “We already have Doritos for women — they’re called Doritos and they’re loved by millions.” Huh. It’s possible that Nooyi (a Fortune 500 CEO) misspoke. It is also possible that Pepsi took stock of the negative response and decided to abort mission. The truth (like the actual ingredients in a Cool Ranch Dorito) is something we’re okay with not knowing.