We Tried a Goth Latte: The Charcoal Drink Is Sweeping Instagram, But Is It Any Good?

Goth lattes look great, but how do they taste? 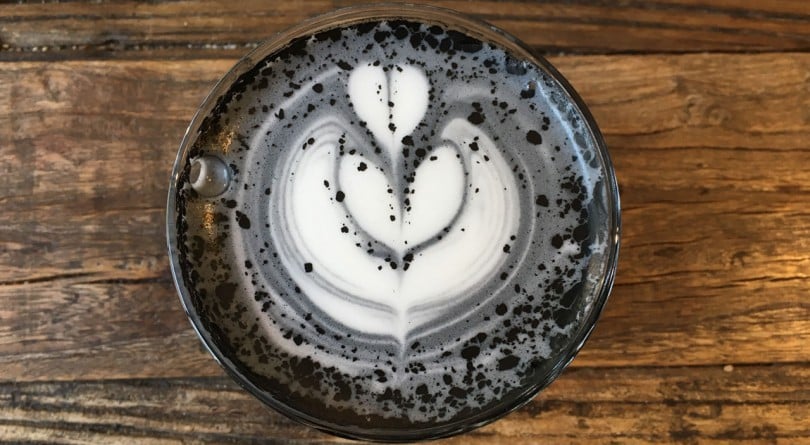 Move over rainbows and unicorns: A reign of darkness has descended on Instagram, thanks to activated charcoal-infused ice cream, lemonade and now, goth lattes.

Activated charcoal is popping up in all sorts of beauty and food products, with folks alleging its “detoxifying” properties — it’s used medically to counteract some cases of poisoning and overdose — can carry over to food. The claims, however, glorifying this pitch-black product have been largely debunked.

“No research exists to back up the claim that activated charcoal removes toxic substances we ingest from food and the environmental pollutants or pesticide residues,” says registered dietitian Andrea D’Ambrosio via email. “Similarly, more research still needs to be done to determine the safety and benefit of this substance as an additive to our diets.” 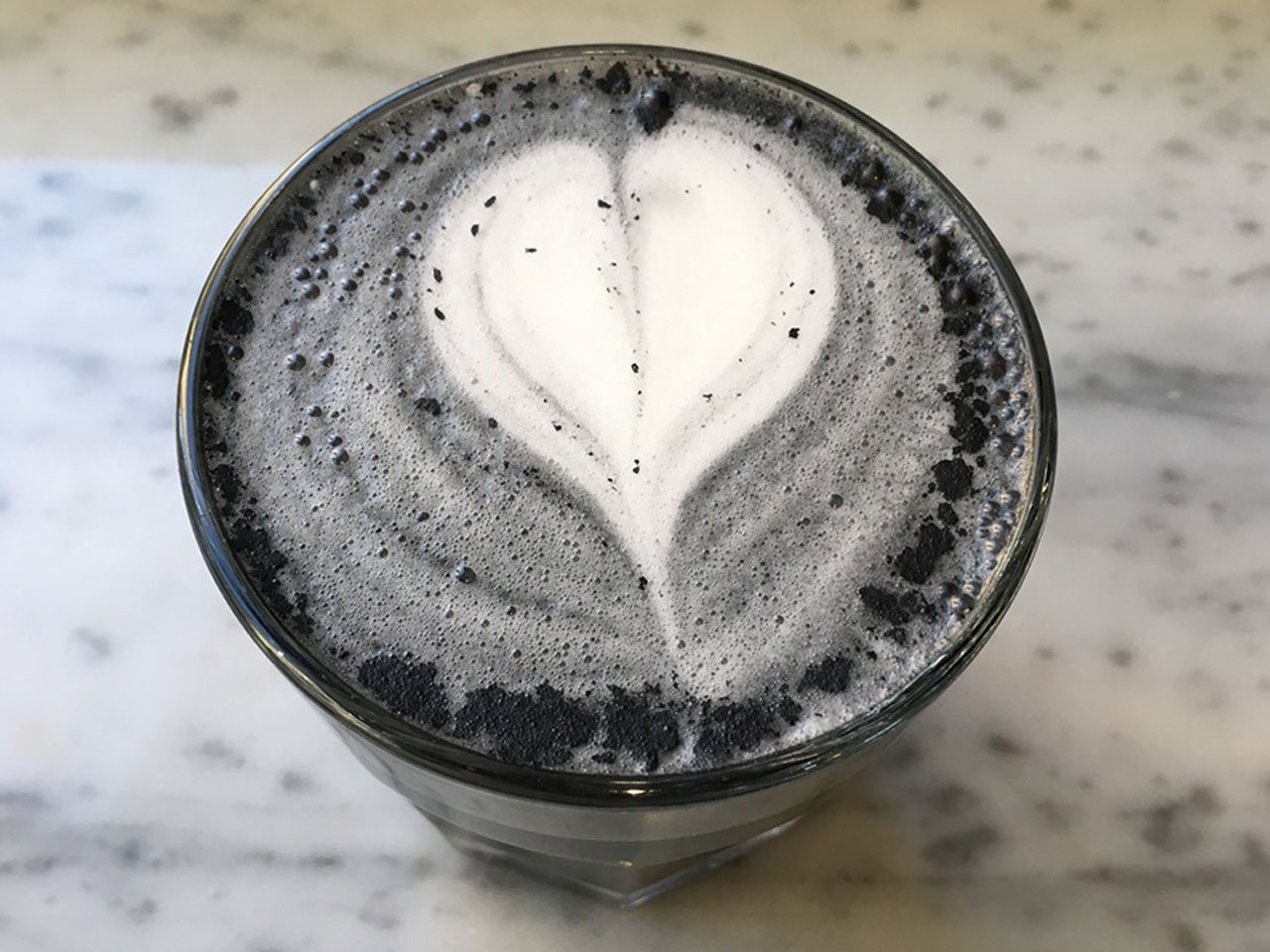 Ryan Maloney, the director of operations at Jimmy’s Coffee in Toronto, says that this coffee trend first started in Australia, but it’s also appeared in places such as London, U.K. The popular cafe with six locations in Toronto, introduced its very own goth latte on Sept. 12.

Almond milk makes up the majority of Jimmy’s goth latte because nut milks apparently blend better with activated charcoal. It also contains few squirts of maple syrup. Unlike a regular latte, recipes for the goth latte vary, but usually, they don’t contain any coffee.

Demand for this black-and-white creation has been high. When I order one, a barista says his store has almost run out of almond milk.

I’m not sure what to expect as activated charcoal – for all its hype – doesn’t really do much, except turn food black. I’m nervous to try it because this latte is a (visual) beauty, but will its taste match its photo-ready appeal? For the first few sips I’m hooked, but soon, the whole thing seems a tad too sweet. This cloying concoction costs $4.57 (including tax) for a small. 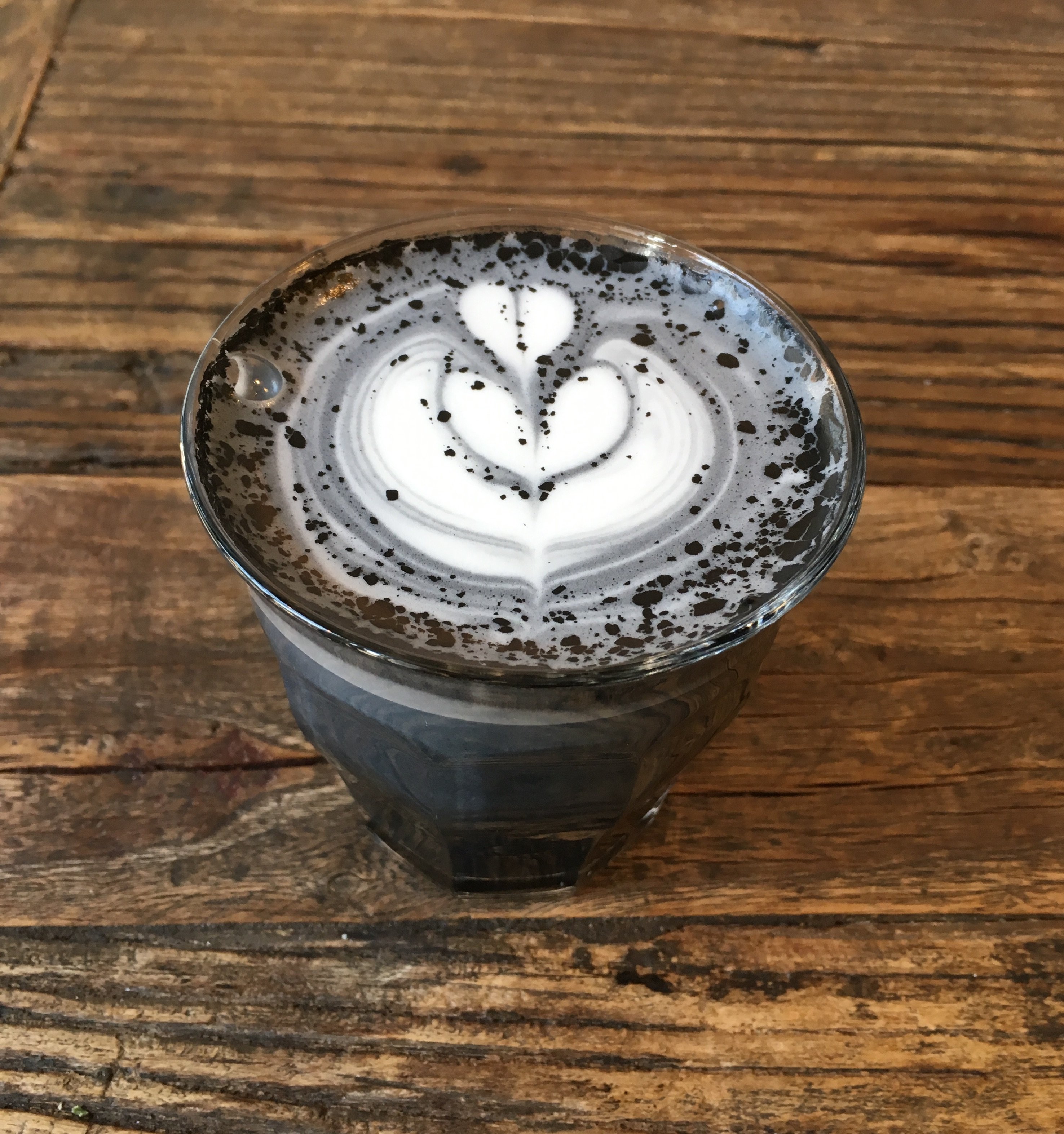 At Early Bird Coffee & Kitchen on Toronto’s Queen Street West, the charcoal latte is unsweetened and costs $5.18. It’s made with just three ingredients: activated charcoal (whisked in hot water) and steamed whole milk. Again, the dark-hued drink looks almost too pretty to drink. And again, the taste is a bit of a letdown: warm milk, peppered with a subtle grittiness from the charcoal.

Like a matcha or turmeric latte, the goth latte is beautiful, but it’s neither caffeinated – like matcha – nor spicy (like a gingery turmeric latte). If you do order one, be sure it comes in a glass cup to get your money shot — and don’t be alarmed if your teeth and tongue temporarily turn black.

FILED UNDER: Editor's Picks Instagram products We tried it