From deep-fried Jell-O to funnel cake poutine — this year's offerings are pretty outrageous. 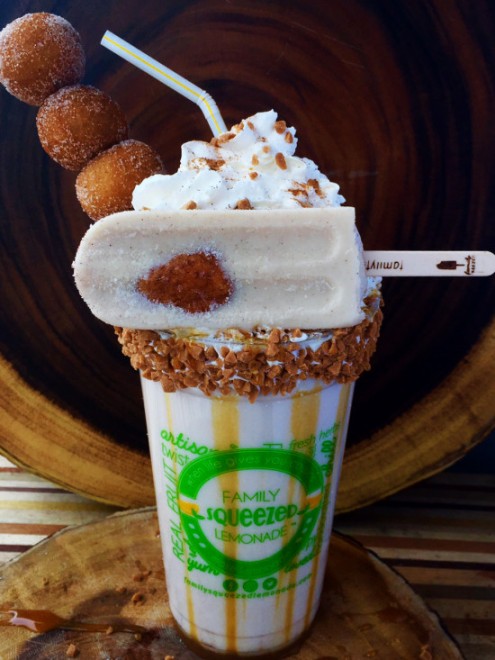 When the Calgary Stampede rolls into Cowtown next month, Canada’s largest rodeo — like its county fair cousins throughout North America — will boast an epic food hall packed with deep-fried, artery-clogging concoctions. “Extreme food is one of our biggest draws,” says James Radke, midway operations manager at the Stampede. “Many people visit just to have their taste buds challenged.”

Call it culinary voyeurism, but over-the-top creations have become wildly popular in the last decade. And while the likes of bloody Caesars spiked with whole lobster tails and bacon-topped doughnuts have now permeated everyday dining culture, the annual midway is unquestionably the vanguard of indulgent food.

Consider this: In 2008, pizza slices, ribs and deep fried Mars bars rounded out the relatively tame menu at Toronto’s Canadian National Exhibition. Two years later, the fair introduced deep fried butter. By 2013, the CNE was making waves with Nutella-filled spring rolls and cronut burgers, which swapped out buns for croissant-donut hybrids (with ill-fated results: 150 people needed treatment for food poisoning — the unfortunate aftermath, it seems, of pushing the culinary envelope).

Every year, midway food halls across the country aim to one-up each other, stretching the boundaries of all that is gastronomically holy. And the Calgary Stampede, which just released its 2017 menu, has set the bar high.

Listed below, are the most outrageous bites you can get while visiting the rodeo this year (open July 7 – 16): 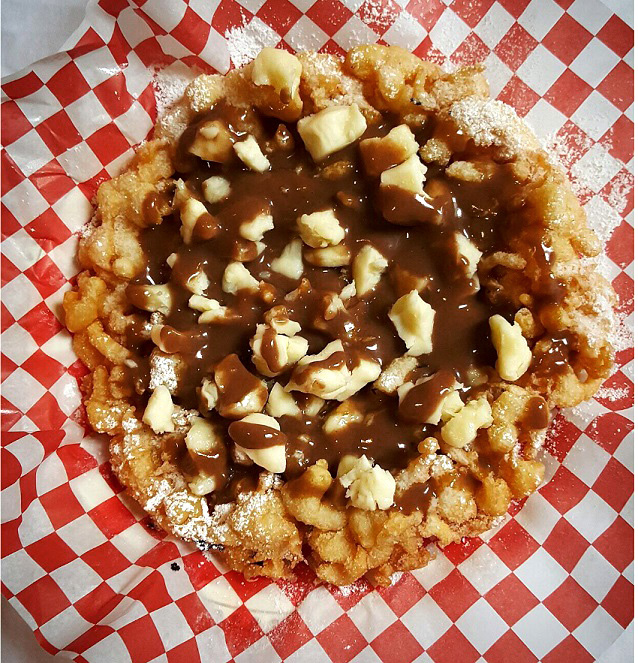 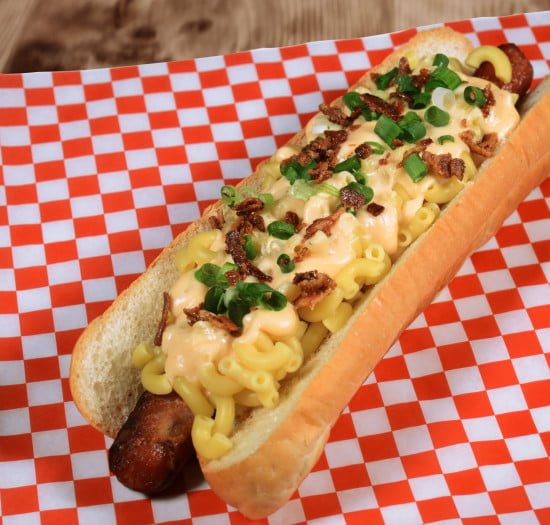 Double Bacon Mac N’ Cheese Dog
Little known fact: The corndog was actually a product of the 1942 Texas State Fair. Will this foot-long, bacon-wrapped hot dog, topped with bacon-studded mac and cheese be the next midway food to go mainstream? Probably not. 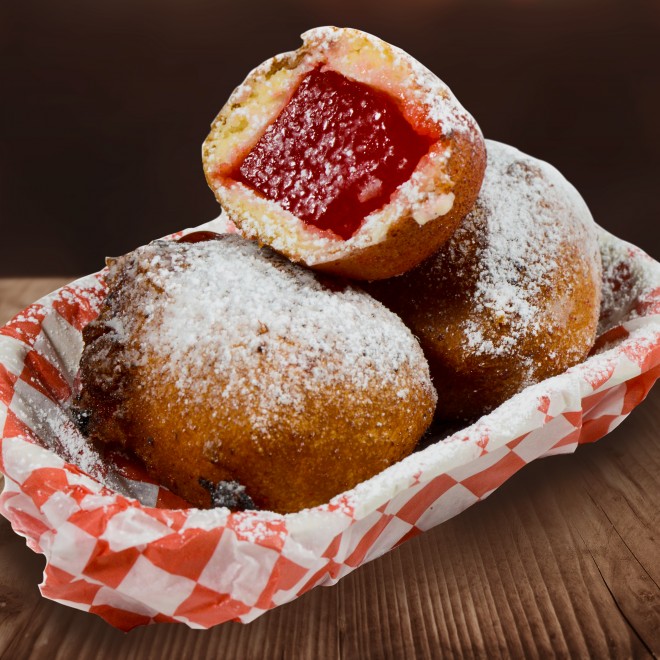 Deep Fried Jell-O
Midways are notoriously imaginative when it comes to finding new foods to deep fry. This year’s creation may put to the test the notion that there’s always room for Jell-O. Want something a bit less … weird? Deep-fried cheese curds are also on offer. 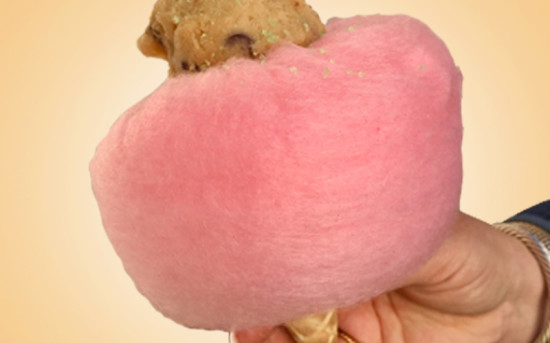 Cookie Dough-ne
A sugar high in a cone, the Cookie Dough-ne sees raw cookie dough scooped into a waffle cone and haloed with sprinkle-topped cotton candy. 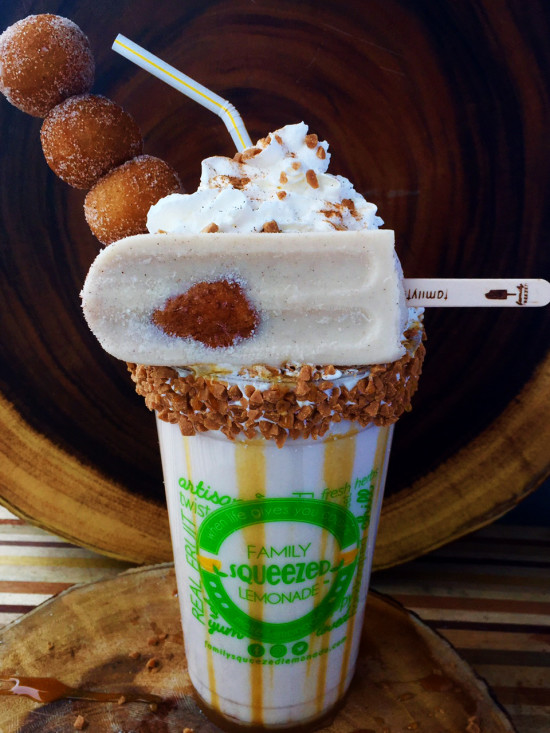 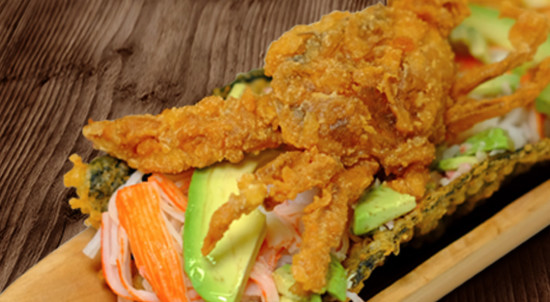 Mr. Crab
Good luck eating this without making a mess. In this dish, a taco shell of tempura-fried nori is stacked with rice, crab meat, sliced avocado and whole deep-fried soft shell crab. 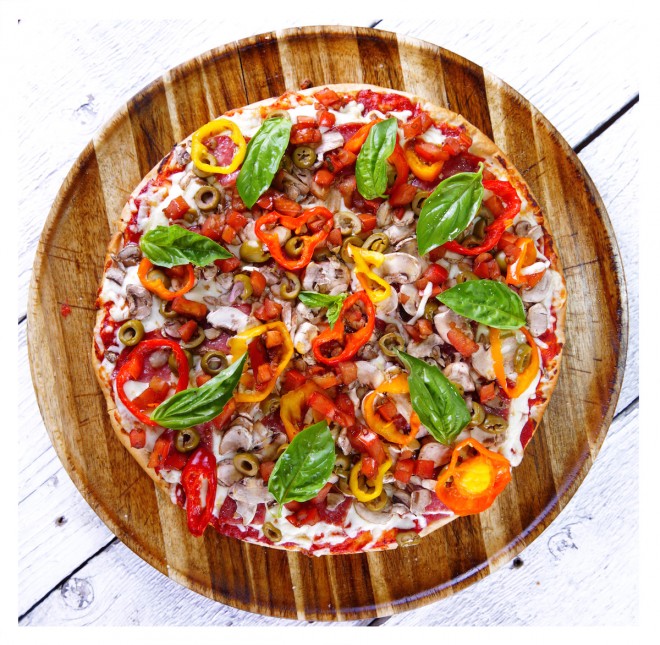 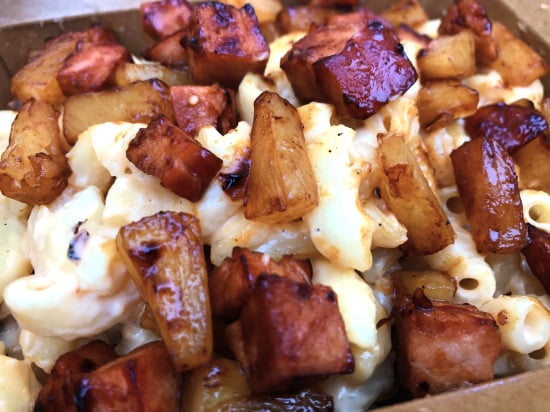 Pineapple Express Mac & Cheese
If Hawaiian pizza and mac and cheese had a baby, this would be the result: diced, roasted ham and seared pineapple chunks are the perfect sweet-and-salty addition to cheesy elbow noodles. 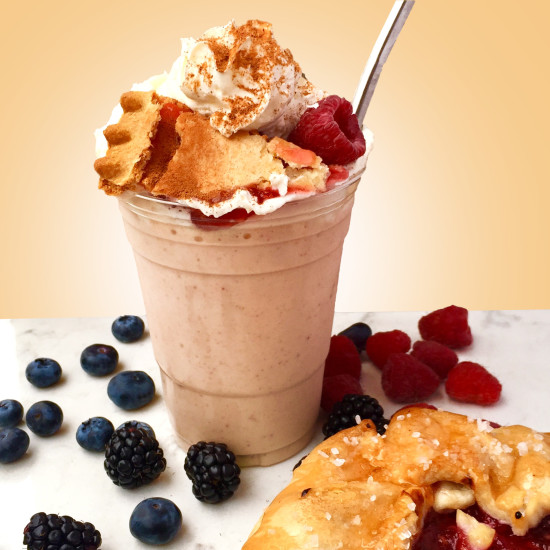 Pie Shake
A full meal in a plastic cup, the pie shake blends homemade pie (or cake – why not!) with a few scoops of thick ice cream and tops it with whipped cream, fresh berries and chunks of pie. 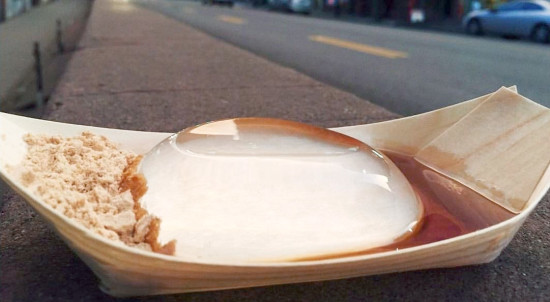 Rain Drop Cake
This otherworldly-looking dessert, a riff on an established Japanese dish, was one of 2016’s hottest food fads. Resembling a giant bead of water, the jiggly cake is tasteless and calorie-free, accented by the accompanying roasted soybean flour and black sugar syrup.

More:
A definitive ranking of Canada’s best ketchup chips
Get your horoscope for June 2017
Charcoal: This dark and moody food trend is popping up everywhere