Everyone’s talking about Beyond Beef, but there’s a case to be made for traditional veggie burgers, too. 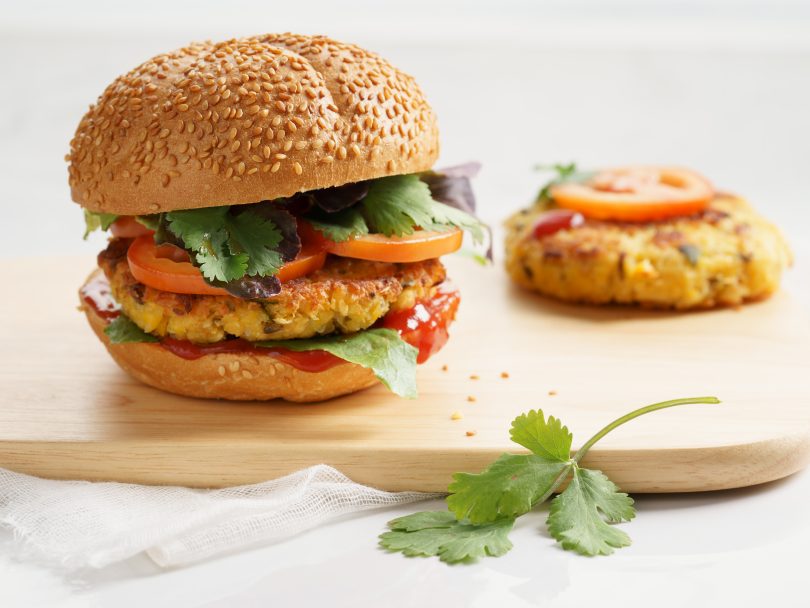 The more Canadians learn about the health and environmental benefits of plant-based diets, the more we want plant-based options at the grocery stores—and this summer, it’s all about the veggie burger.

Right now, the modern plant-based movement is focused on vegan, beef-like patties, which aim to mimic every sensory aspect of a traditional burger, down to the “bleeding” centre. Supermarket chains across the country have devoted window signage and coveted flyer space to the announcement of the Beyond Burger’s arrival in Canada. Fast food restaurants like A&W, Tim Hortons, Mucho Burrito and, come September, Subway all have the ground beef substitute on offer. And consumers, whether vegan, vegetarian or omnivorous, can’t seem to get enough.

But despite the fervour, I’m not buying into the faux meat hype. I remain loyal to traditional veggie burgers—those made with a base of beans/legumes, whole grains, nuts, seeds and vegetables. I like that I can recognize the whole food ingredients on the label. I gave up animal products because I didn’t really like the texture of meat, so I don’t really need my burger to perfectly mimic beef, anyway. (Also, some dietitians don’t buy Beyond Meat’s health claims.)

It’s true that not all veggie burgers are created equal. But supermarket options are so much better these days—not at all like the box of hockey pucks that we were stuck with when I went veg 15 years ago. Here are some of the best veggie burgers we’ve tried recently, all available at major grocery chains and health food stores across the country. 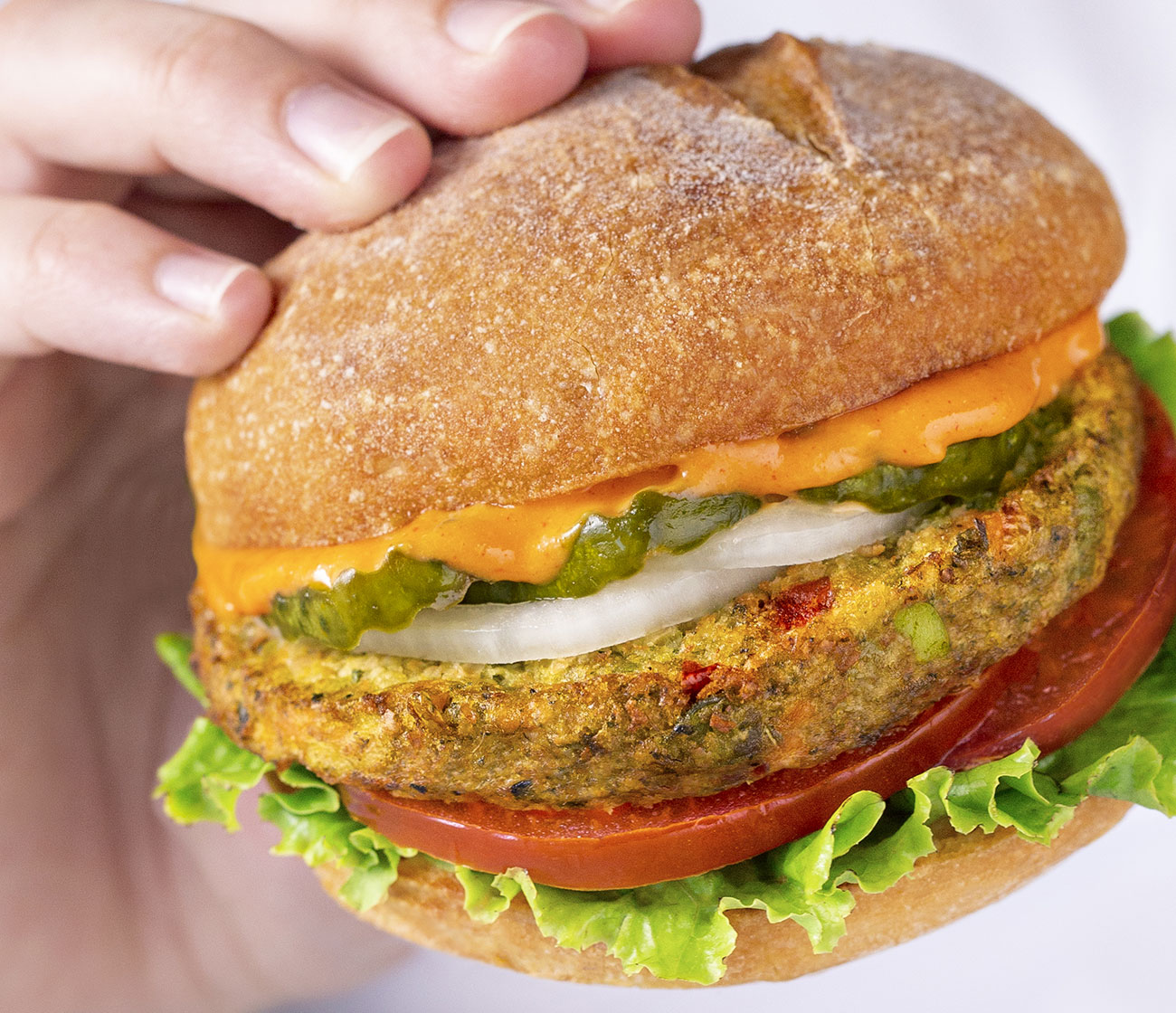 Dr. Praeger’s California Style Veggie Burgers
Price: $7.99 for 4 patties
This is a classic hippie-dip veggie burger, composed of vegetables like carrots, spinach, peas and broccoli. It’s held together with oat bran and arrowroot and seasoned with garlic and spices. I like to enhance the California vibe of this veggie burger by topping it with slices of avocado. 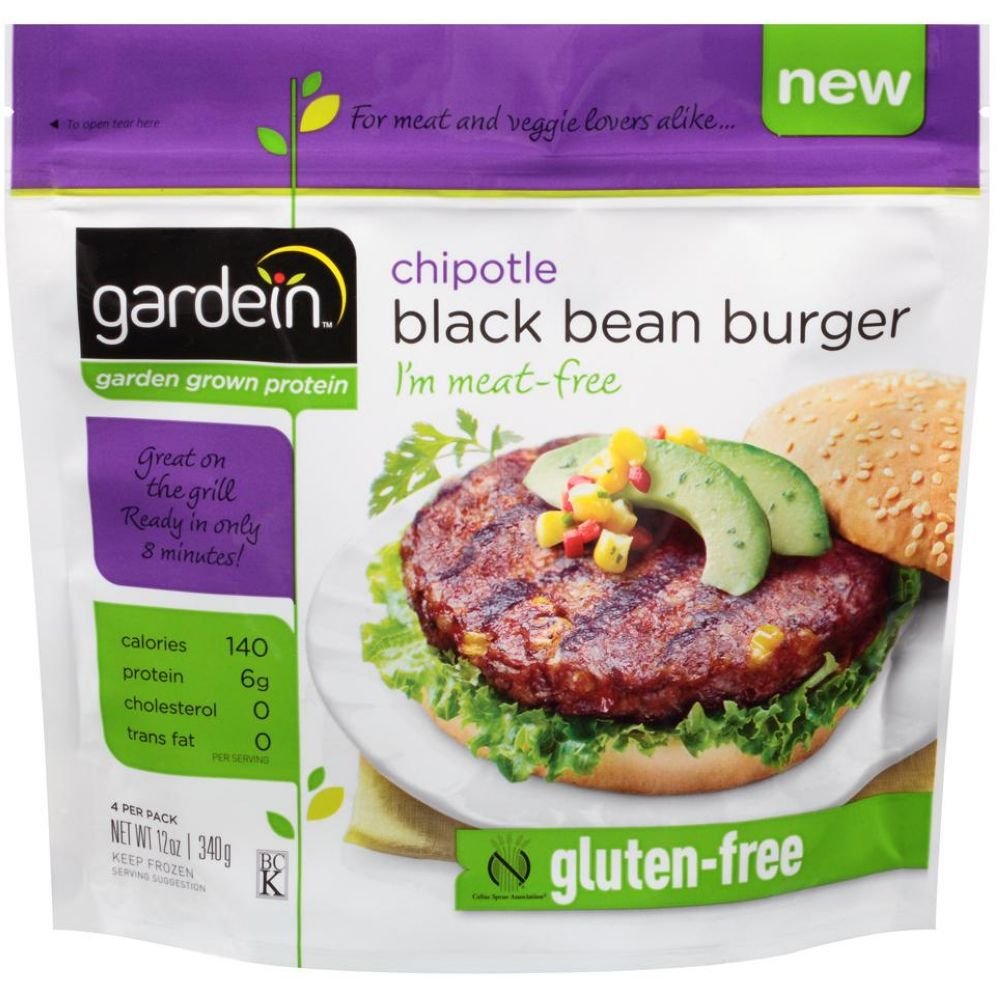 Gardein Chipotle Black Bean Burger
Price: $5.99 for 4 patties
Gardein is one of the most widely available plant-based food brands across the country, and this burger from their “beefless” range has been a staple of the line-up since it was introduced in Canada. Made of black bean and brown rice, these burgers have a spicy Southwestern flavour thanks to chipotle, garlic, roasted corn, peppers and spices. 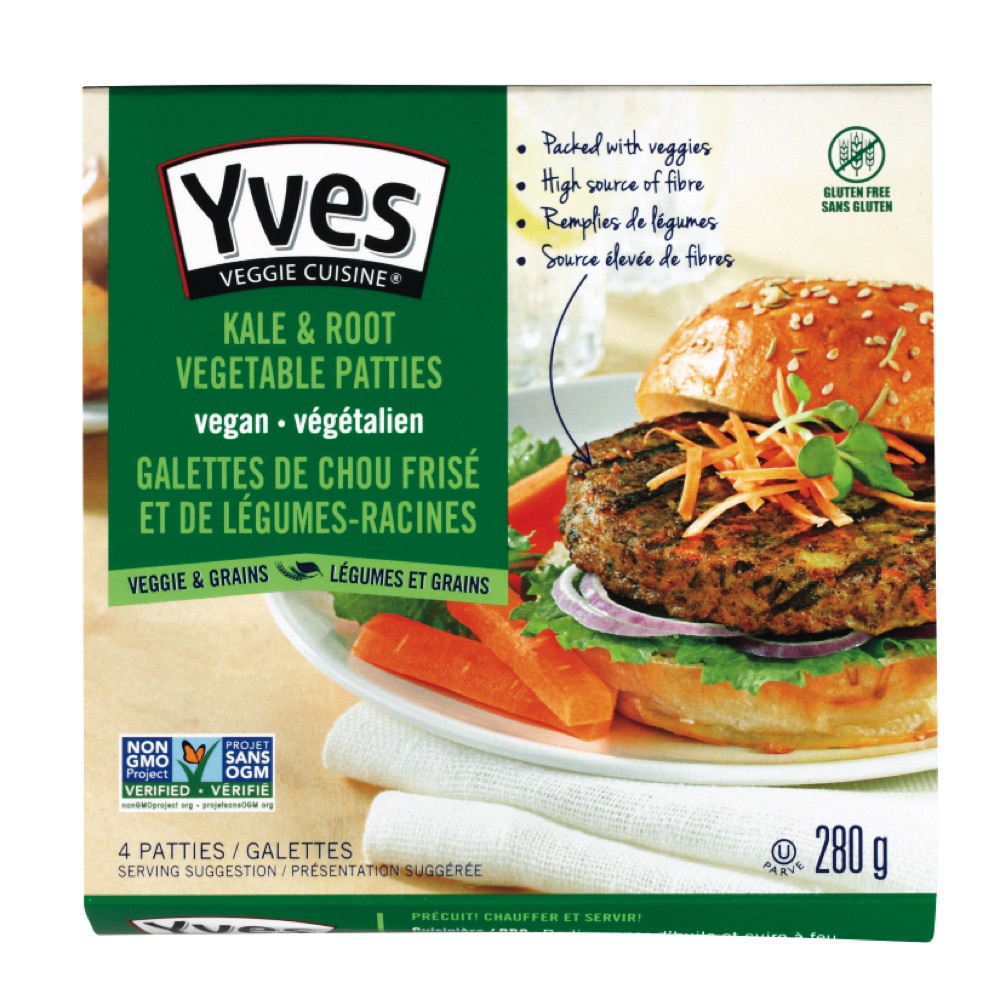 Yves Kale and Root Vegetable Patties
Price: $5.99 for 4 patties
Yves has been a meatless staple of Canadian supermarkets since 1985, and their burgers have been a constant at our family BBQs. Kale is the first ingredient in these refreshingly minimal patties, so you can count on a serving of greens even before you top yours with lettuce. Sprouted grains and seeds fill out the rest of the burger along with potatoes and protein-rich chickpea flour. 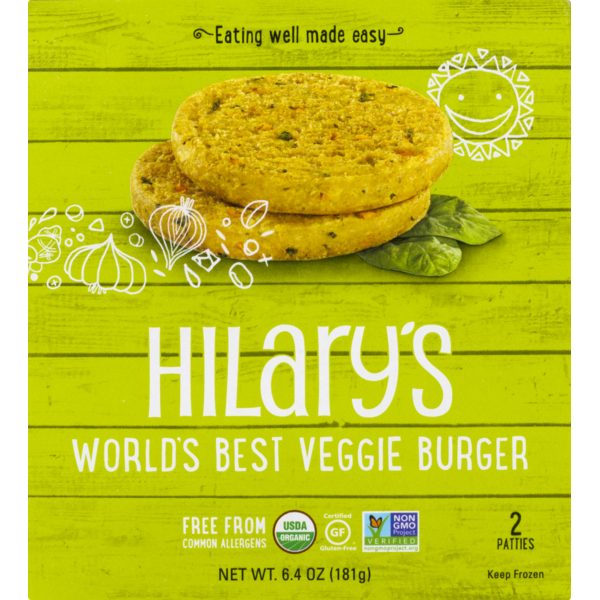 Hilary’s World’s Best Veggie Burger
Price: $3.89 for 2 patties
This veggie burger was developed with food allergy sufferers in mind, so it doesn’t contain any of the top 12 common allergens (including soy, gluten, sesame, corn and tree nuts). It’s made of millet and rounded out by flecks of garlic, onions, greens and sweet potatoes. On top of being whole food-based, allergy-considerate and vegan, the burger is completely delicious. 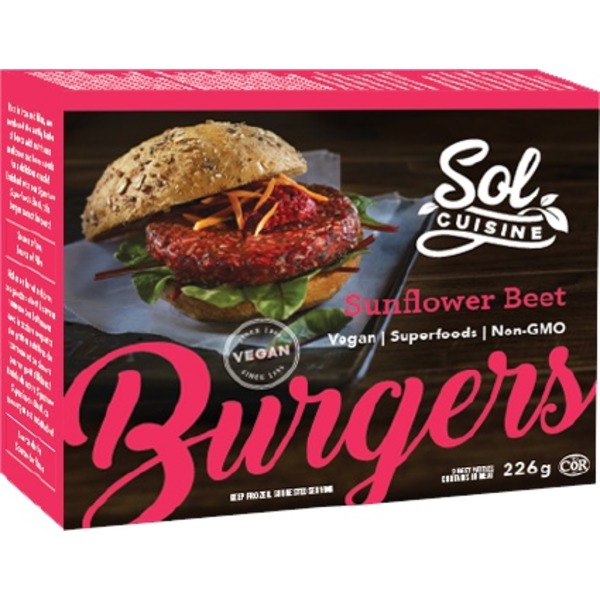 Sol Cuisine Sunflower Beet Burger
Price: $5.99 for 2 patties
Beets and brown rice form the base of this burger, which is fortified with sunflower seeds, pea protein and hemp. This one has a striking deep red hue (thanks to the slightly sweet and earthy beets) that looks great on a bun, especially when fully loaded with colourful toppings. These burgers are hearty enough to enjoy in a lettuce wrap as well, and just as delicious. 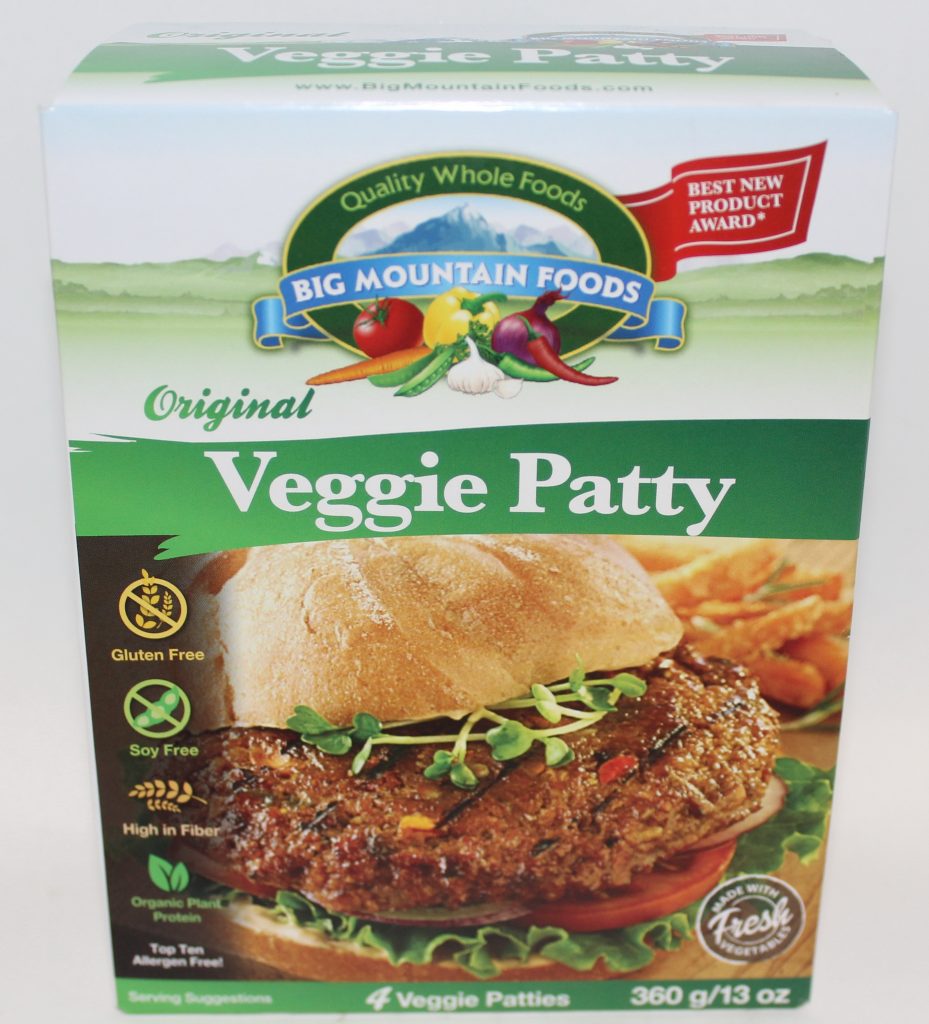 Big Mountain Foods Original Veggie Patty
Price: $6.99 for 4 patties
There’s no question of what’s in this golden split pea-based veggie burger—it’s easy to spot the rustic pieces of vegetables. Smoked paprika and garlic deepen its earthy flavours, and importantly, it holds together brilliantly. It’s excellent in a typical burger setup, but also great on top of a salad or grain bowl.