Swap out cider or wine for crisp, tart sour beer this weekend. 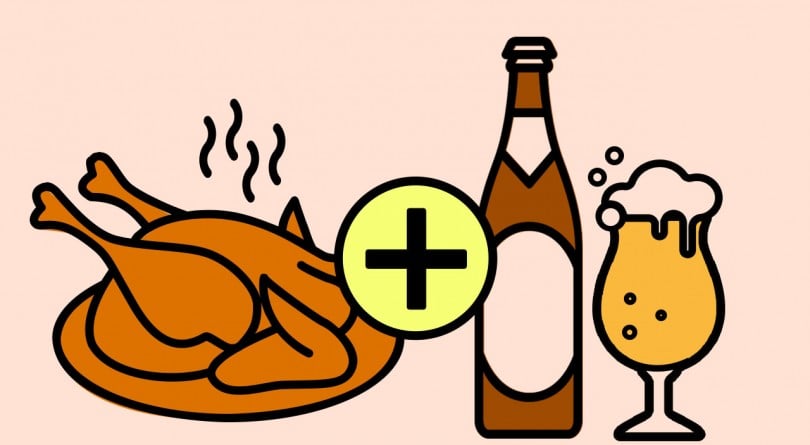 Thanksgiving is coming and with it, turkey and all the fixings, from mashed potatoes and gravy to stuffing and lots of homemade cranberry sauce.

Naturally, you’ll want to pair your cozy (and massive) autumnal meal with something boozy, but this year, instead of reaching for the wine or cider, why not serve sour beer?

If you don’t think a brew is your thing, beer sommelier Crystal Luxmore recommends trying a sour-style beer, which delivers a little more tartness than the usual yeasty pour. Flavours can range from light and fruity, to a little more funky, but, like a cider, you’ll find more of an acidic, zippy finish.

“For people who drank beer in university and didn’t really like it then, and now turn to wine or cider, finding a beer with some acidity can be refreshing and a little bit shocking,” says Luxmore, noting how these styles can help change how folks think about beer. It’s nothing like the watery stuff you might have swilled from a red solo cup.

For Thanksgiving, she recommends Lambic-style beers — such as geuze — American wild ales or, as she says, farmhouse-style “spritzy and earthy saisons to cut through the savoury meal and enhance the rich flavours.”

Luckily, sours and saisons are only growing in popularity. Luxmore, who leads group tastings through her company Beer Sisters, suggests Saison Dupont and 3 Fonteinen Oude Geuze from Belgium.

Luxmore stresses suds go with more than just burgers or pizza. And creating pairings doesn’t have to be scary — just try to match the intensity of your food with the intensity of your beer. “An easy rule of thumb is the alcohol level,” says Luxmore. “If you have a very high alcohol beer, it’s probably going to be really high in intensity, so you can just start there.”

Crystal Luxmore was a panelist at Chatelaine’s The Big Dish event in Toronto on October 29. Click here for more interviews and stories from the women who took part.