When I couldn’t find a Sri Lankan cookbook published in Canada, I wrote one myself. 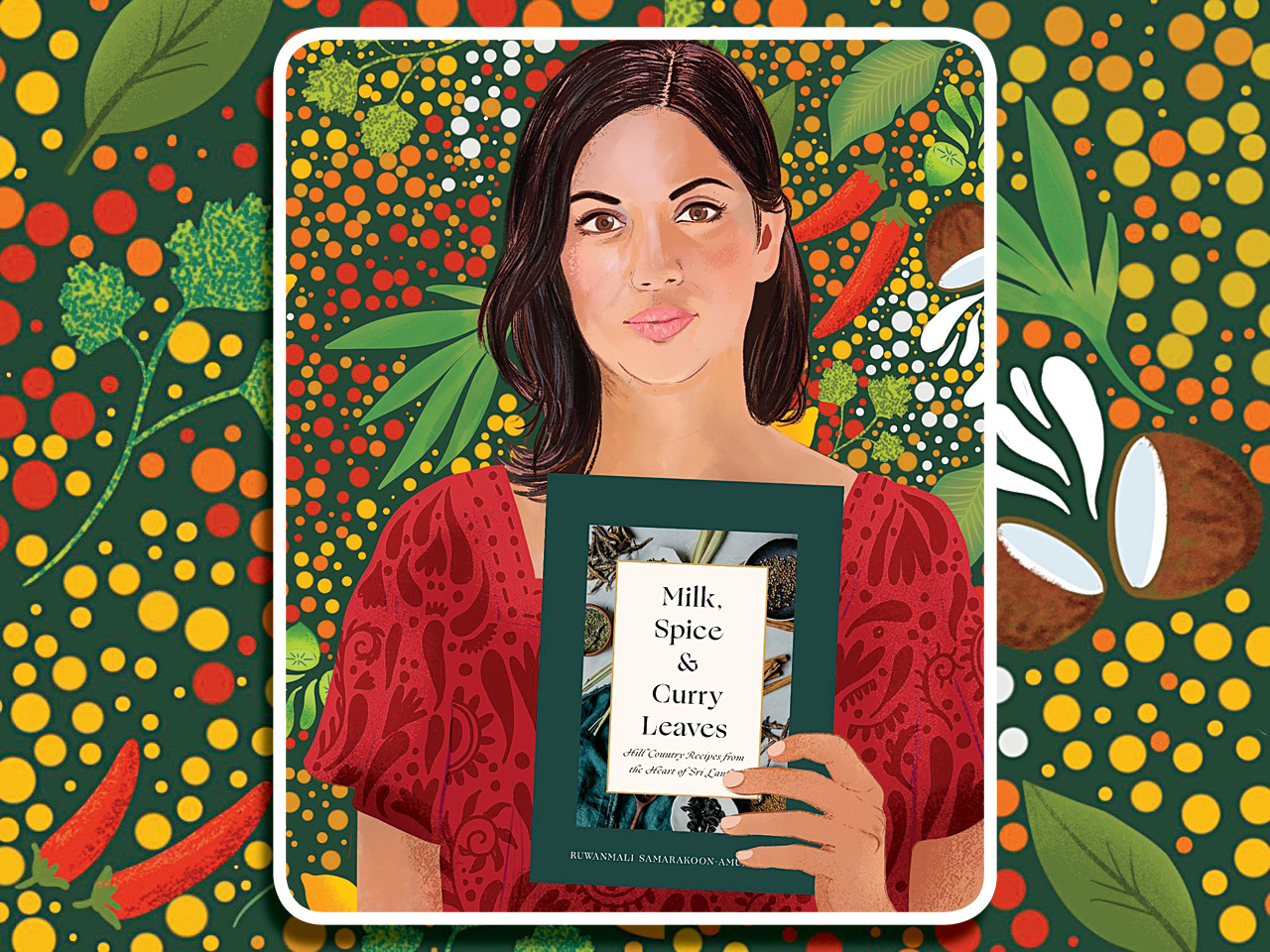 I learned how to cook Sri Lankan food from my mother, who immigrated to Canada in the mid-1970s. We moved around a lot, from Ontario to Alberta before finally settling in Port Coquitlam, B.C. With every move to a new town, my mother wasted no time in befriending families in the budding Sri Lankan communities—and her cooking was a big part of that. Most of our gatherings centred around food, and the dinners she frequently hosted showcased her unsurpassed skill at preparing popular Sri Lankan curries, desserts and other dishes.

As a child, I observed her cooking from a distance, but, as the years passed, I found myself increasingly by her side, absorbing everything I could. I dedicated a notebook solely to scribbling down recipes that had been passed down from my grandmother. Watching my mother use traditional techniques, I learned the secrets to a recipe’s success; among them, how to use key ingredients—including pandan and curry leaves, cinnamon bark, turmeric root and coconut—in ways that make our food distinct.

To build on our generational knowledge, I sought other stories and examples of Sri Lankan cooking but could find no Canadian-published Sri Lankan cookbooks sold in bookstores. In B.C., I found only a few restaurants on the fringes of town featuring some of our dishes.

It seemed as though our culinary expertise was not visible in city centres or highlighted in popular restaurants. Canada is home to a significant Sri Lankan diaspora that began in the 1950s and has reached almost 200,000 today, but little is known outside of the community about our food or culture.

Sri Lankan cuisine is one of the most beautiful in the world. Our dishes boast an intricacy of flavours not easily replicated that are the result of the island’s plants, spices and cooking methods being combined with culinary influences introduced by the Portuguese, Dutch and British during colonial eras. The food also blends Indian, Chinese, Malay and Arab influences, and varies by region and among local ethnic groups, such as Tamil, Sinhalese and Burgher. And if that’s not complex enough, recipes are orally passed down within families.

For example, one would be hard-pressed to find original recipes for lamprais, or rice and curries packed in banana leaves. Even roasted curry powder blends are closely guarded secrets. So, while many of the spices in modern Western markets were brought here during colonial times and are now in common use, the way we use them in Sri Lankan cooking is not widely understood.

When I decided to compile a cookbook of my family’s recipes, I wanted to lift the veil of mystery—if just a little. I wrote the book so that new generations of Sri Lankan Canadians who may not have the opportunity to learn the nuances of cooking our cuisine from elders would have something to start with. I wanted to raise credibility for the way we traditionally learn to cook, at home with our elders, rather than in a formal institute. And it was important to me that I bring the story of unsung Sri Lankan cooks—parents and grandparents, and those who have followed in their footsteps—to the fore.

I sent out unsolicited manuscripts of my cookbook and faced rejection by publishers who either didn’t understand the cuisine or felt it was too niche. My generational recipes and at-home training presented an obstacle for predominantly white publishers who don’t typically recognize this expertise. Eventually, I received interest from an independent publisher about my book. After speaking at length, the publisher asked me why I wanted to see my work printed. I replied, “I want to see a space on the shelves of Canadian bookstores for a Sri Lankan cookbook. I want to see that representation.” My book, Milk, Spice and Curry Leaves: Hill Country Recipes from the Heart of Sri Lanka, was printed a year later, and I’m still in awe when I see it on the shelf at my local Chapters.

I hope those who buy the book bring an open mind and their own flair to the recipes. I also hope food publishers, restaurateurs and retailers begin to embrace a new perspective about generational cooking. Ideally, Sri Lankan food will move beyond the “ethnic food” designation and be recognized as a valued and celebrated part of Canada’s mainstream culinary scene. For our cuisine to truly be cherished in the way it deserves, Sri Lankan cooks must have the opportunity to bring their expertise front and centre.

My mother showed me the importance of bridging our traditions no matter where we resided. While my aspirations for this cookbook are vast, mostly I want to give credence to her imparted wisdom. Thinking back to the many years we spent together in the kitchen revering our heritage, I realize now that the recipes we preserved are second to the time we shared. That was the true gift.

Spiced with cardamom and sweetened with jaggery, this classic Sri Lankan dessert puts a cozy spin on crème caramel.