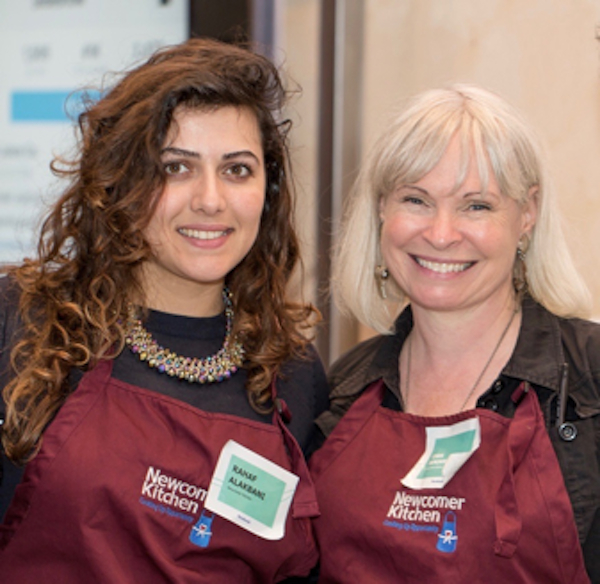 Rahaf Alakbani is one the Syrian co-founders of Newcomer Kitchen along with her husband Esmaeel Abofaker. Toogether with Cara Benjamin-Pace and  Len Senator, the owner and visionary of The Depanneur event space in Toronto cooked up this amazing program which provides 60 Syrian women with the opportunity to gather and cook and create a social enterprise that helps to support their families and is a place to feel at home in a new country and dream new dreams. Rahaf Alakbani arrived in Canada along with her husband in February of 2016. Since that time they have established themselves as valued activators in their community. The helped to create the Children’s Nye Choir to help young Syrian children find their voice in a new country. As talented musicians, they also have performed with their own ensemble for many special engagements in Ontario. Rahaf also works for the Canadian Centre for Victims of Torture. Rahaf has a degree in English Literature and comes from Sweida City in southern Syria.