Spoiler: They are delicious. 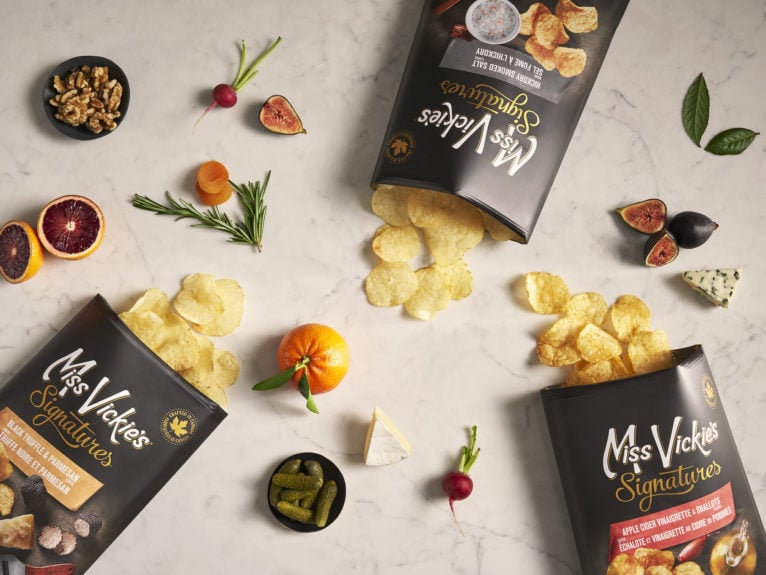 Growing up, Miss Vickie’s chips were a coveted playground snack, something I rarely (if ever) got in my lunchbox. As such, they’ve become a big indulgence for me as an adult—so I was thrilled to hear the brand has expanded its roster. Miss Vickie’s Signatures kettle cooked potato chip line offers three new flavours to take your charcuterie board to the next level. Yes, I said charcuterie board. These flavours exist in a line separate from other Miss Vickie’s classics and were designed specifically for this purpose. The brand even hired a chip sommelier (yes, I said chip sommelier) to pair the new flavours with various types of fromage.

While the Hickory Smoked Salt flavour and Apple Cider Vinaigrette and Shallots were originally introduced last summer as limited edition flavours, positive feedback brought them back into the rotation, along with the newest flavour, Black Truffle and Parmesan. All three are now permanent offerings and available at major retailers across Canada. Here are our thoughts on each flavour. 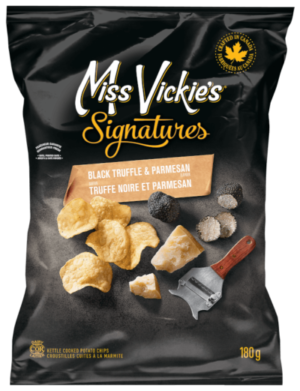 You’re hit with the unmistakable scent of parmesan from the second you open the bag—which may or may not be a good thing, depending on your taste. Black truffle is also a distinctive flavour, which makes this a perfect pairing. There’s almost a meatiness to the flavour, making it a good choice for the sturdier kettle cooked chip. Eden Grinshpan, host of Top Chef Canada and Miss Vickie’s Signatures’ official “chip sommelier,” suggests pairing this flavour with parmesan, gruyère or brie. 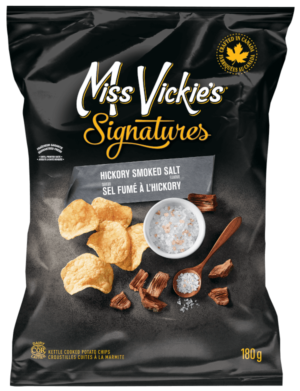 Of the three, this one is most reminiscent of a classic flavour: barbecue. Eating this chip reminded me of the lingering scent of a bonfire. The smoked hickory wood is noticeable in the mildly sweet flavour, but it still retains its savouriness. Grinshpan recommends aged cheddar, camembert or gouda with these chips. 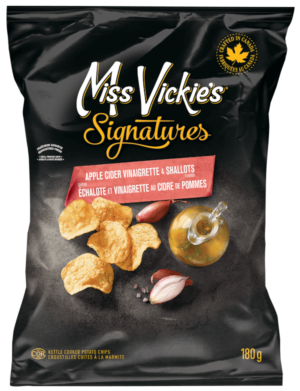 Salt and vinegar is one of my favourite chip flavours, so it holds that this would be my favourite of the trio. You certainly get notes of salt and vinegar at first whiff, but the taste isn’t as potent. The apple cider adds a tanginess and I thought it was clever to advertise it as vinaigrette, as the flavour does taste more like a salad dressing than straight vinegar. The shallots, a savoury foil to the apple cider vinegar’s tanginess, also adds nice hints of garlic. Grinshpan suggests pairing with blue cheese (stilton or gorgonzola), gruyère or bloomed goat’s cheese.