How To Cook With Garlic If You Hate Mincing It

Not a fan of chopping garlic down into tiny, evenly sized pieces? Sometimes, neither are we. Luckily there are plenty of other ways to cook with the fragrant bulb. 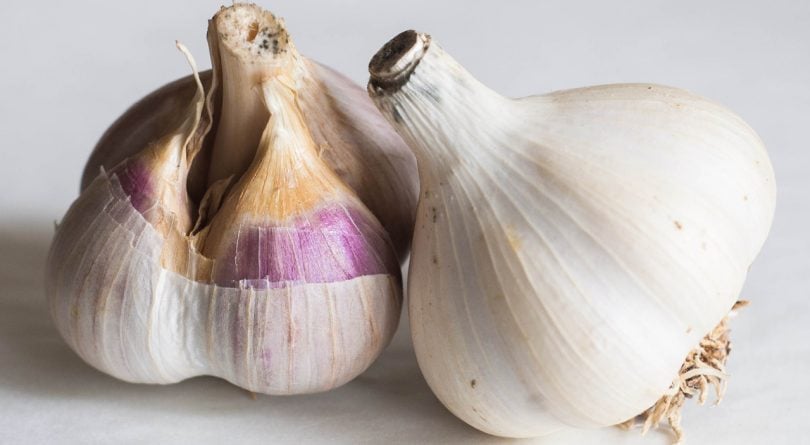 How you cook with garlic says a lot about your relationship with cooking in general, I think. Do you hate flavour and tend to avoid it? Or use it so often you buy it in paste form in economy-sized tubs? (On either count, I am not here to judge.) Or perhaps your strong feelings are about one of the more divisive of kitchen techniques: mincing.

There are days when I’m happy to do the textbook definition of a mince; to put in the time to chop garlic down to a fine grain that distributes itself evenly through food without overpowering the dish while cooking. But if I’m being honest, those days are becoming increasingly rare. More often than not, the stickiness and lingering smell gets to me. More often than not, minced garlic can take a hike, especially when there are so many other ways to cook with the bulb, some of which aren’t so rooted in traditional European cooking techniques.

Keep in mind that each of these methods will result in differing levels of garlickyness. The more you break it down—especially through crushing rather than slicing—the stronger the garlic gets in smell and taste. Depending on your preferences this may not be a bad thing, but it might require adjusting how much you use.

Garlic presses have a tendency to send professional and home cooks alike into either a murderous rage or passionate defence. Naysayers insist it makes garlic taste tinny (and if you’re using a press made with an uncoated reactive metal, there’s some truth to that), that it creates a lot of waste, and that they’re a pain to clean. To that I say: get a proper press, and know when to use it. A good press can save you time and ensure an even consistency, especially for recipes that call for a lot of cloves. But maybe skip this method if you’re cooking it on very high heat by itself, as pressed garlic has a low threshold for burning.

Using a fine grater, especially a Microplane, is hands-down the fastest way to break a couple of cloves down to a fine paste. While it does get a little sticky, it’s worth the time saved. A warning, though: this method produces a fairly potent result, possibly the strongest of all the methods listed here. If grating, you might want to reduce the number of cloves you’re cooking with, especially if it’s going into something uncooked, like an aioli or tzatziki.

A couple of crushed cloves, some salt, and a mortar and pestle: work out your anxiety with a therapeutically repetitive way to break down garlic and still keep your hands clean. In terms of intensity, the result is about as strong as pressed garlic, and it has the added benefit of allowing you to incorporate other seasonings into your paste while you’re at it.

Frying some smashed cloves in a bit of cooking oil on low heat until they’re golden, but not crisp gives you the gift of two options: creamy, mellow garlic ready to be mashed into any sauce, salad, or raw preparation you want, and infused oil to use as you like. While this method takes some time, we also have a shortcut recipe that involves sliced cloves.

If your dish calls for raw garlic, but you’re not a fan, try roasting it instead. Preheat an oven to 400F, drizzle a couple of garlic heads with the tops sliced off in olive oil, and wrap in foil. Bake in the centre of the oven for about 50 minutes, and let cool. Then, squeeze the bottoms of the heads to release the cloves, and use as the recipe directs.