Finding Joy In The Discomfort Of Cooking

In learning to accept what I don’t know, I’ve realized that the idea that I can’t cook doesn’t have to be true forever. 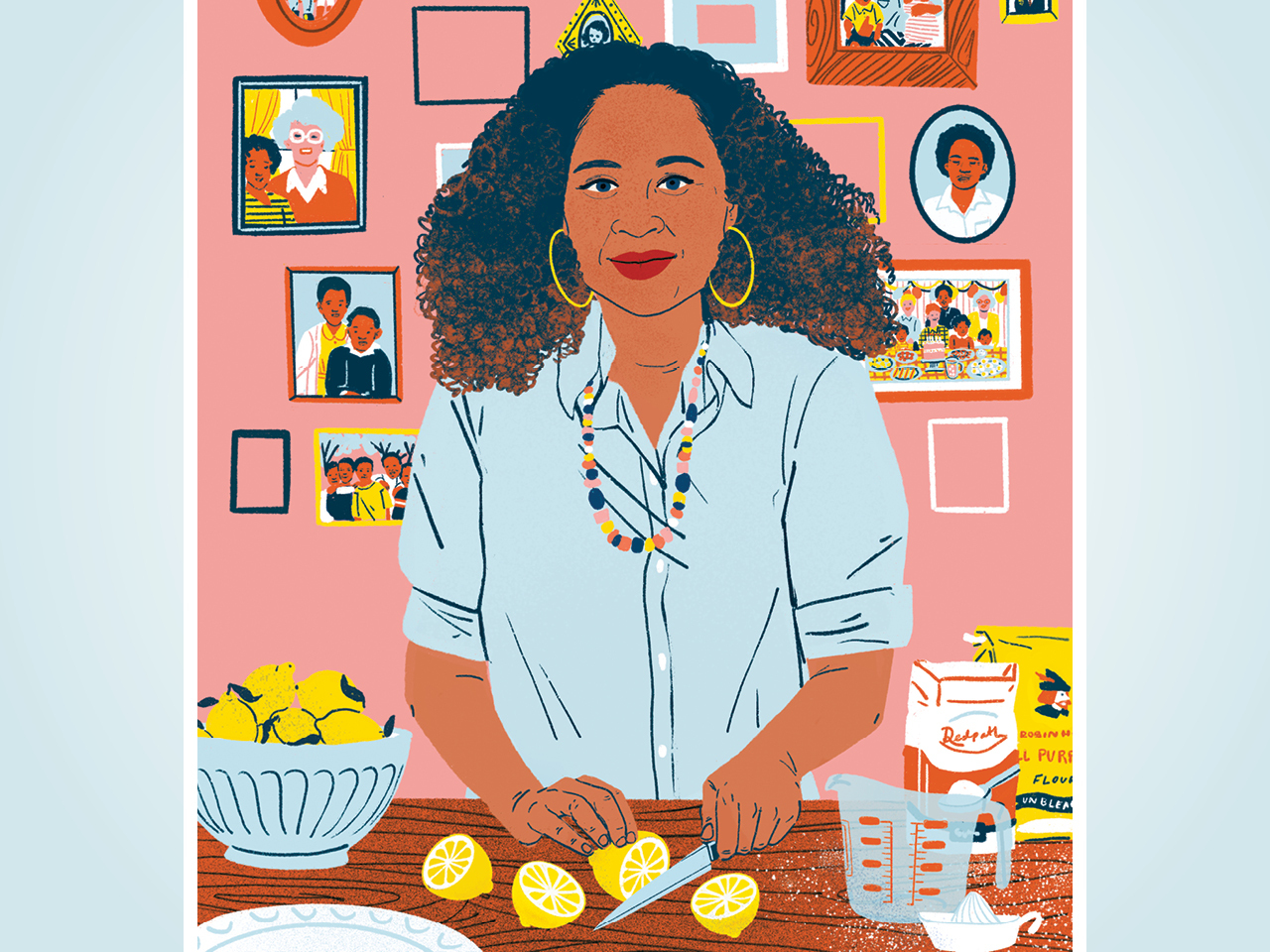 I never met my father’s mother, or jaaja, and my own mother left our family when I was five. But if my dad’s cooking was any indication of my jaaja’s cooking, she was a phenomenal cook and teacher. For a man raised in a patriarchal culture, he loved to cook for his family. When we lived in Uganda, and later in Kenya for a while as refugees, he would zone out while lighting a fire outside our home. He’d cook sukuma wiki, a dish of collard greens (sukuma), onions and tomatoes, and serve it with ugali, a porridge dish made of cornmeal and water. We ate this a lot in the refugee camp and it remains one of my favourites today.

My father didn’t cook often, but when he did, it was worth the wait. If he started making dinner at 4 p.m., you wouldn’t expect to eat until 10 p.m. at the earliest. He liked to take his time, cutting ingredients into pieces so tiny the onion was practically puréed. He loved his pili pili peppers, tiny red and green chilies he would munch on at every meal, even breakfast. The smell of his cooking would overpower our home, even after we moved to Canada in the mid-’80s. And when he was cooking, he was happy. I’d allow myself to envision life with just this version of him.

But when he wasn’t cooking, he was unpredictable. To his friends he was a protector and the host with the most. He would throw parties that would go into the early hours of the morning, while I washed dishes or hung out in the basement with cousins and friends, enthralled with the loudness of the adults and how happy they all seemed. Looking back, that joy was what freedom sounded like. But when the party was over, or when he came home from work, anything could set him off. I often felt like he resented my presence. When I was 16, he kicked me out of the house.

My father would say that his mom taught him how to cook because she didn’t want him to rely on a woman to take care of him. But he never passed on the same knowledge to his daughter.

I was in Grade 11 when I started to live on my own. I knew how to make pancakes and a few other breakfast items because in our family of eight, I was responsible for laundry and cooking breakfast on weekends. The woman who sponsored us to come to Canada, whom I’ve since called granny, turned the kitchen into a place of love. When we moved out of refugee housing, she moved us next door to her house. On Sundays, I would watch her make potato stew. We would listen to Louis Armstrong and watch movies in her basement. She taught me how to make cheesecake and lemon meringue pie. She knew me better than I knew myself. Since she died, I haven’t made either.

For much of my young-adult life, I lived on a steady diet of ramen noodles, pasta with canned sauces, and a rice-and-chicken dish I taught myself to make by watching my father. Cooking at that time in my life was perfunctory; cleaning the toilet brought me more joy. Cooking made me miss my granny and it reminded me of the loss of my mother, who was very much still alive. When I would joke to friends that I didn’t know how to do something in the kitchen, they would quip, “Didn’t your mother teach you how to cook?” Unlike many things in my life, not knowing how to cook wasn’t something I could gloss over or joke away. So I avoided thinking about it. It was only when I had kids that I couldn’t.

I’d listen to a friend tell me in detail how she made puréed baby food from scratch, while I snuck the jarred stuff to my toddler.

I watched in awe as another friend baked cookies for parent-teacher nights, and another wrote out detailed weeknight meal plans. I’m a resourceful person and have had to figure many things out on my own, but not knowing how to cook for my kids made me feel stuck and guilty.

The time I spent in the kitchen only clarified what I lacked. Should the pot be hot when I add the onions? Should the butter be room temperature? Should I use baking powder or baking soda? This absence of family recipes, secrets passed down the line, was a reminder that elders are missing. It highlighted the challenges I faced in recreating for my children a history I don’t have.

So I Google and seek out Instagram inspiration for reassurance that with time and patience, I can do it. There’s been failure after failure—I once baked chocolate chip cookies so hard they chipped my daughter’s tooth—but I keep trying. And in learning to be comfortable with what I don’t know, I’m realizing that the things that make me feel as though I can’t cook don’t have to be true forever.

For example? Recreating my father’s stewed chicken. It’s a dish of minced onions, tomatoes, salt and curry served with white rice and a salad of onions, tomatoes, lemon juice and cilantro. I’ll fry the chicken separately first, then the onions and tomatoes in another pan, and combine them into one pot, with water; a handful of ingredients that connects me to a simpler story of family.

Last year, Canada’s lockdown pushed me into the kitchen not just out of necessity, but also curiosity. What began as an activity to pass time with my kids has become a slow peeling away of the conviction that I can’t learn to cook. One afternoon, I surprised myself when I made a loaf of bread. Yes, I used the wrong type of yeast (who would have thought there were different types of yeast?) and the dough rose to an incredible height, but it baked into a crispy exterior with an inside as soft as any bread I’d bought from a bakery. I finally made a batch of cookies that didn’t hurt my daughter’s teeth. Standing in my kitchen can be daunting and overwhelming, yes, but I remind myself that those feelings are just a beginning, a place to create cooking secrets of my own that I can pass on to my children. As I stand over the stove, I know the story doesn’t end with me.

This article was originally published in 2020; updated in 2021