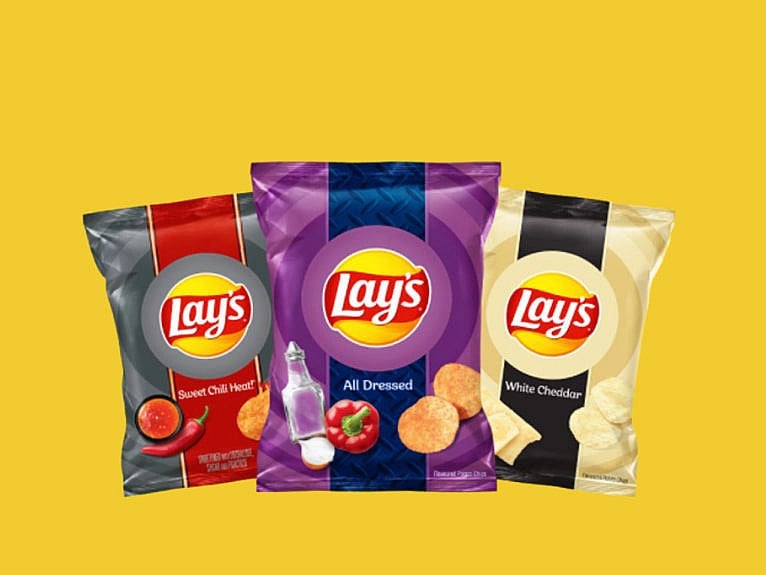 Here at Chatelaine, we are big chip aficionados. Our virtual get-togethers are essentially show-and-tells of flavours and brands our editors are partial to eating, which means it is part of my job to eat chips and I take this job very seriously. This past Monday, Lay’s released three new limited edition flavours and asked audiences to participate in a face-off, choosing which one they like best. The offerings will be available nationwide until Aug. 8, while supplies last. I am a good employee and so, naturally, I had to take part.

The idea is both ingenious and redundant: Lay’s has taken three classic flavours from three Frito-Lay brands (of which Lay’s is also owned) and created a dupe in their signature crispy, light potato chip. This includes Smartfood White Cheddar popcorn, Ruffles All Dressed and Doritos Sweet Chili Heat. So, who did it best—the OG brands or their Lay’s counterparts? We put it to the test.

Let’s start with my least favourite. I’m not terribly interested in cheddar cheese unless the vehicle is popcorn—which largely sums up what this whole experiment is about, the medium is the message. I like SmartFood because it is popcorn, I do not terribly care about white cheddar, so I have no real use for the Lay’s version. It does mimic the flavour of the popcorn quite well, but the cheddar is noticeably stronger and saltier, which makes it harder to indulge in as much of the chip version. It’s also the blandest of the three. I ate a couple chips and then closed the bag neatly, probably never to be opened (by me) again. Lay’s already has a few cheddar options and those suffice just fine.

Winner: Smartfood, if you must.

The competition ramped up with this pairing, as Ruffles All Dressed lives in my heart as prime playground currency. Ruffles describes this specifically Canadian flavour as a mix of ketchup, barbeque sauce and salt and vinegar. I have spent many an afternoon sucking the savoury taste off their classically ridged potato chips. Once again, the dressing of the chips is pretty much the same. It ultimately comes down to what texture you prefer. Because the Ruffles wavy potato chip is sturdier, I find it carries the flavour better. Lay’s dupe is good but I remain loyal to the original.

Even with a relatively high tolerance for spicy foods, Doritos’ iconic sweet chili heat still manages to get my nose running when consumed in large quantities. The heavy tortilla chip is a great vessel as each chip is packed with flavour and leaves your fingertips dusty red. But this is the only one of the three where I prefer Lay’s version. The light potato chip carries the same sweet and spicy taste, but with less intensity. When your tongue isn’t numb, it turns out you can enjoy the kick of heat a lot better. While there’s no word on whether Lay’s will make any of these permanent, should they choose to, my vote is sweet chili heat.