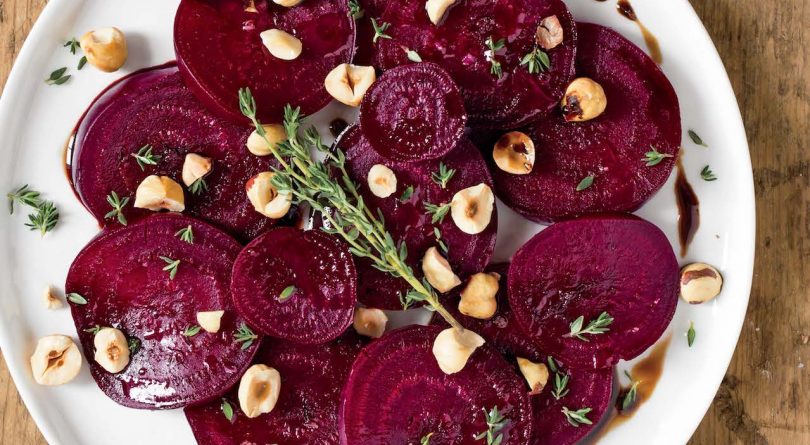 Angela Liddon, the writer behind the Oh She Glows blog and cookbook empire, is a master of meatless meals. She says plant-based diners don’t need to fear the holiday season—even if it’s filled with turkey, eggnog and other meat, dairy and egg-laden dishes.

For the uninitiated, Liddon’s uncomplicated recipes don’t skimp on flavour and have been known to please even the staunchest of meat eaters. She spoke to Chatelaine about how to keep diners of all stripes happy.

Impressing guests is always key, and Liddon, who’s based out of Oakville, Ont., says you can’t fail with a big platter of her vegan chili-cheese nachos. She says it’s the perfect kitchen island food—everyone can stand around (with a drink in hand) and dip tortilla chips into the zesty, creamy and warm faux-cheese sauce. It’s made with whipped cashews, carrots, potatoes and nutritional yeast (a vegan pantry staple that’s easy to find at the grocery store). For a less indulgent app—which looks beautiful plated or served family-style—she opts for roasted beet and hazelnut salad. 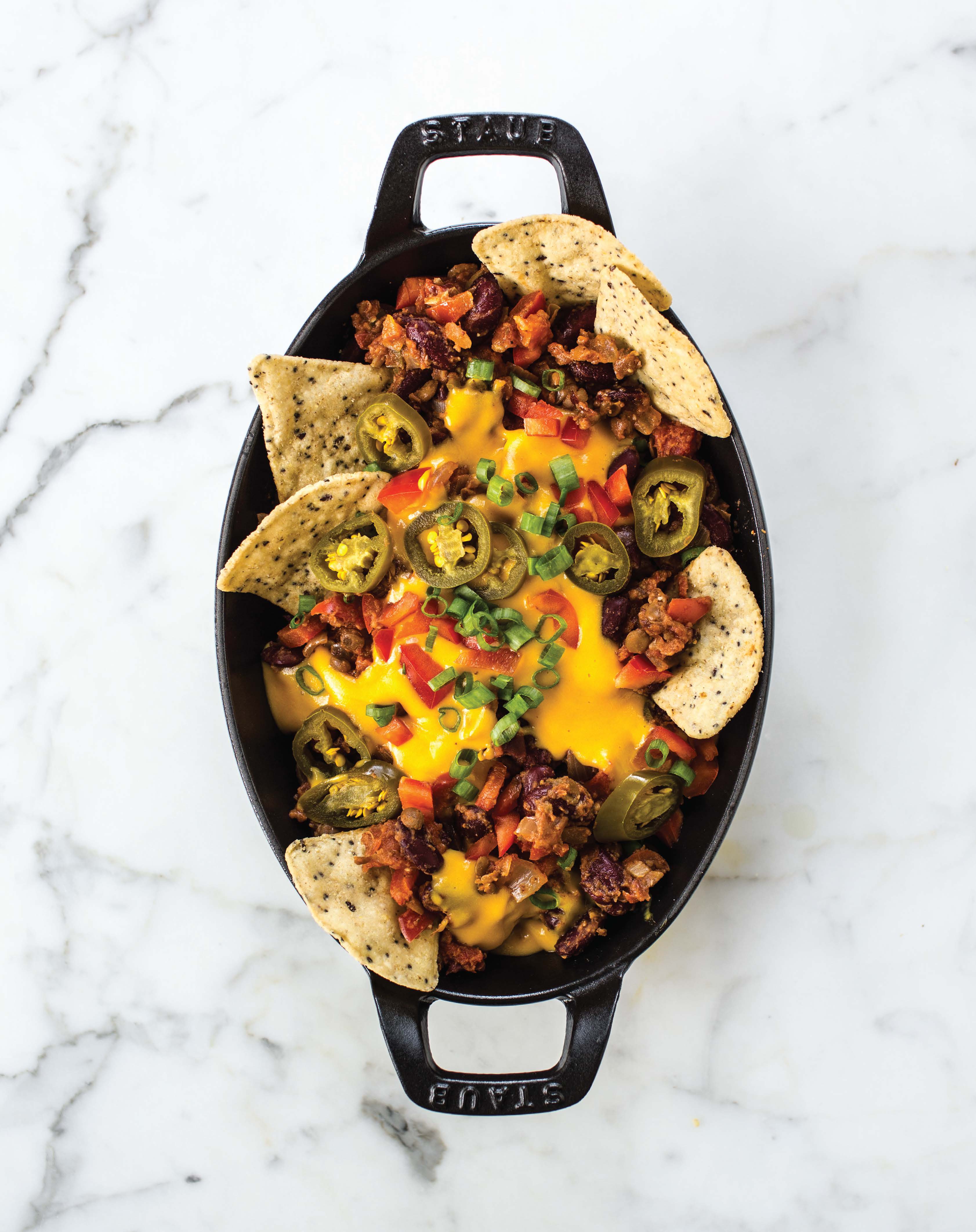 Turkey, ham or brisket usually play the starring role at holiday dinners. As an alternative to these classics, Liddon serves a lentil shepherd’s pie. This crowd-pleaser—made with fragrant rosemary, mushrooms and garlicky mashed potatoes—should be smothered in vegan gravy, giving it the same savoury, comforting notes as a meat dish. Liddon assembles hers in advance, sticks it in the fridge and then pops it in the oven right before she serves it.

Guests steering clear of bread don’t have to give up stuffing—Liddon’s gluten-free alternative is what she calls bread-free stuffing balls. These stuffing-flavoured (thanks to herbs and garlic) protein bundles made with lentils, kale and mushrooms easily eat like a main (and let’s be honest, stuffing is actually the best part of turkey dinner). If making them them as an entrée, treat them like you would any main and prepare to have lots of veggie sides—like classic roasted potatoes—on the table to go along with them. Like many of Liddon’s dishes, these can be prepared ahead of time and frozen until the big day.

Popular desserts like shortbread are definitely out for plant-based eaters, but Liddon’s recipes offer lots of opportunity to indulge, like her frozen, raw pumpkin pie. “Even pumpkin haters love it,” she says. Thanks to whipped cashews, this ice cream-like cake is creamier than your traditional pumpkin pie. Liddon makes her recipe weeks in advance and keeps it in the freezer until she’s ready to serve it.

Another decadent holiday go-to that can be prepared in advance is her chilled chocolate espresso torte (also freezer friendly). This dessert, she says, “is a nice change from the traditional apple or pumpkin pie for the chocolate lovers.”

As a mother of young children, Liddon is a big proponent of starting her holiday meal prep work at least a week in advance (why she often turns to dishes that can be kept frozen)—a tip that saves dinner planning stress regardless of what you’re eating this December.

Serve this festive, and vegan, mulled wine with your holiday meal