4 Common Types Of Salt, And How To Use Them

There are benefits to using one over the other when cooking — find out why. 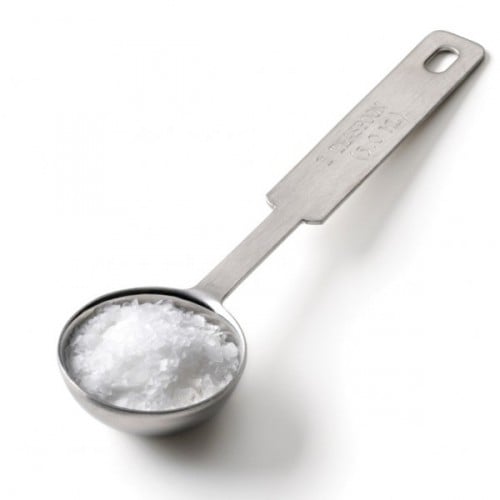 What types of salt should you be using, and when? The differences matter a lot in the kitchen — read on to find out why.

1. Kosher salt.
Kosher salt is a coarse-grained flaky salt. It’s a favourite with chefs because it’s easy to pinch and handle, and it has no additives (like iodine) or anti-caking agents. Also, it’s generally less pungent than table salt and dissolves easily. Note: The granules are much flakier and larger than table salt, therefore you can’t use them interchangeably. Their saltiness is only comparable in weight, but not in traditional kitchen measurements (therefore there is less salt in a tsp of kosher salt than in a tsp of table salt).

When to use it: Kosher salt is an excellent finishing salt — to sprinkle on your dishes for last-minute seasonings. Kosher salt is also the preferred salt for brining, curing and often pickling, as it doesn’t contain iodine. Iodine can react negatively with certain foods, so it is best to avoid iodized salts when preserving.

2. Table salt.
This is the most common type of salt, and the one most used in home kitchens. Sourced from salt mines, it is then refined and most minerals removed. Anti-caking agents are added to prevent clumping, as is iodine, a nutrient not always naturally present in salt. In terms of taste, it is suggested that the refinement process strips the salt of its desirable flavour, leaving a blander by-product.

When to use it: The benefits of table salt are its consistency in saltiness, as well as its refined size, which makes it easy to measure. Table salt easily dissolves and is ideal for baking. The general rule of thumb is that baking recipes call for table salt, and other salts should not be used as a substitution. Table salt controls yeast growth and also strengthens gluten. It has an important function so must be measured accurately. 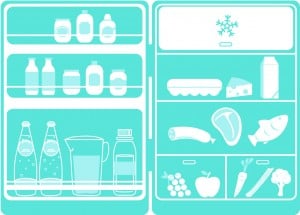 10 foods that shouldn’t go in the refrigerator

3. Sea salt.
Sea salt refers to unrefined salt that is sourced from — appropriately — the sea. It is collected by the evaporation of sea water. The lack of refinement in sea salt means that it will still contain traces of other minerals — which some suggest enhances the flavour of the salt. Although often thought to be a healthier alternative to table salt, by weight, both contain the same level of sodium chloride.

When to use it: If you prefer the flavour of sea salt to table salt, then you can use them interchangeably (as long as you can find a sea salt with a very fine grain). Alternatively, sea salt can be used in a salt grinder as a finishing salt.

Did you know? Maldon sea salt is often the preferred choice for seasoning, as its flavour is very fresh and clean. Fleur de sel sea salt (the purest form, forming on the top layer of salt pans during the evaporation process) has a stronger, saltier flavour, and should be used more sparingly.

4. Coarse salt.
Coarse salt simply refers to a large-grained salt crystal. Therefore, it can be both a sea salt or a mined salt. It tends to retain less moisture, so caking doesn’t occur, even without the introduction of anti-caking agents.

When to use it: Coarse salt should be kept in a grinder and used as a finishing salt. It is also ideal for salt crusts on meat or for curing fish when you are looking for a salt that is slower to dissolve.

Watch: Chef’s Hughes on how to cook the perfect steak