We upgraded one of our classic recipes, and every slice is irresistible. 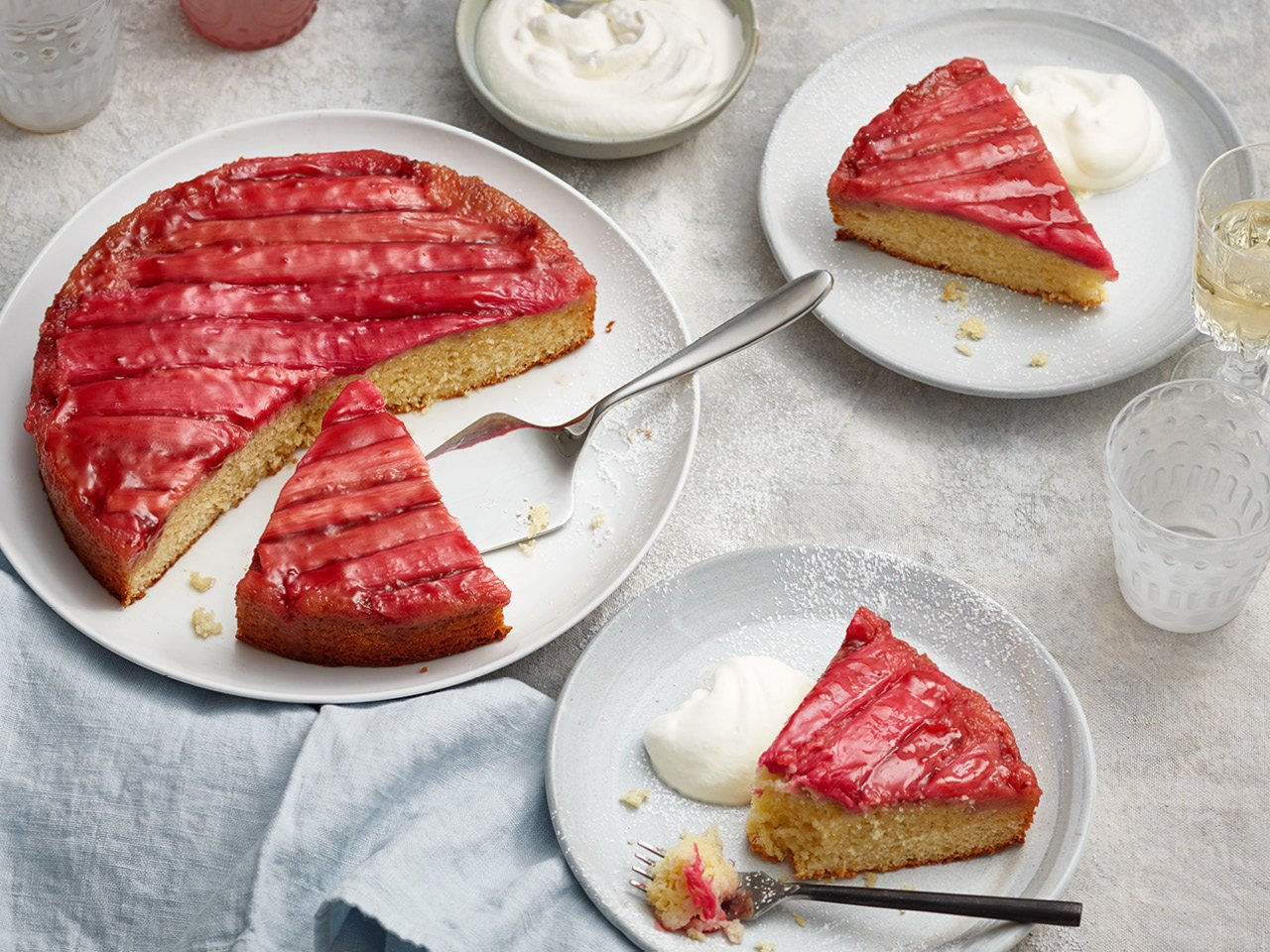 Spring is here, which means the Chatelaine test kitchen is on a serious rhubarb binge. Ripe for the picking from early May into June, these perennial red stalks —technically a vegetable — are used in everything from some of the year’s most anticipated desserts (sorry, blueberry pie) to bright savoury salads and sauces.

Every year, the kitchen develops new ways to indulge in these use these seasonal stems. Among our favourites are ice cream, sangria, rhubarb pie and even candies. But this year, we decided to modernize a recipe that’s been in our recipe archives for over a decade: rhubarb-upside down cake.

Upside-down cakes were all the rage in the United States in the 1950’s, usually starring bright yellow pineapple. And what’s not to love about this retro dessert? They’re deceptively easy to make, and the inverted fruit offers you a built-in icing substitution for your cake. Here are three things we did to modernize this old favourite:

We simplified the technique

We wanted to create a more visually-stunning cake, so the design needed a modern look. Instead of chopping the rhubarb into small pieces, the cake now requires minimal rhubarb prep — the stalks just need to be cut to fit in the pan. (Bonus: Each slice ends up with an Insta-worthy pink diagonal pattern! The layout doesn’t need to be perfect, because the warm, glossy jam that gets brushed on at the end covers up flaws.) 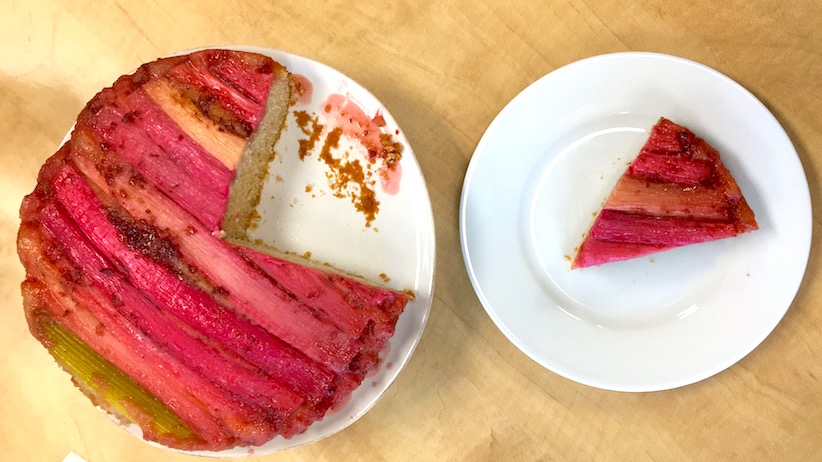 Testing, testing: We ran out of rhubarb during an early recipe test, so we substituted in celery to finish the top layer. Photo, Amy Grief.

We updated the flavour profile

The original recipe called for cinnamon, vanilla extract and almond extract to flavour the butter cake. We eliminated the cinnamon and offer a choice between vanilla and almond extract to cut down on competing flavours. In addition, we added buttermilk and baking soda (in place of just using milk) to create a more tender cake crumb.

We shot a new photo

A beautiful new cake always deserves a beautiful new photo! (Our associate food editor, Emily, became an accidental food stylist when she was test-baking this cake to confirm prep times. It was so gorgeous that our food stylist ended up using it in our final shot.)

This modernized recipe is easier to bake, and the result is both show-stopping and downright delicious. If you’re going to make one rhubarb dessert this spring, we highly recommend this one.

Have an abundance of rhubarb? Watch how to make stewed rhubarb in this video: