Handy Tips We Learned From The Pasta World Championship, Including An Easy Sauce Trick

Perfect pasta is within reach. 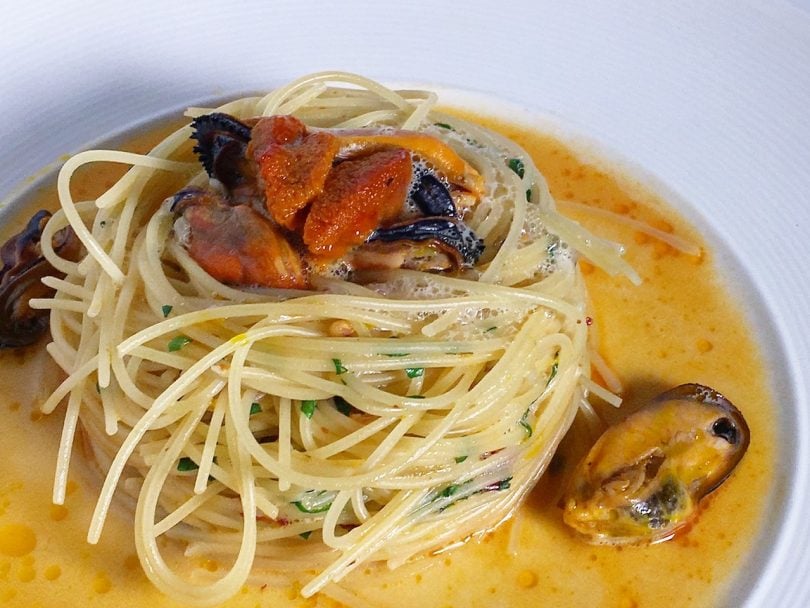 The Pasta World Championship is, in fact, a real thing. The annual event, hosted by Italian pasta giant Barilla on October 24 and 25, celebrates everyone’s favourite carb by pitting 17 chefs under the age of 35 against one another in an elimination-style tournament until one is crowned the master of pasta.

After winning a qualifying round in Toronto earlier this year with a Canadian-inspired lemony capellini dish (topped with luscious smoked P.E.I. mussels and sea urchin), chef Angela Villalta (from Toronto’s L’Unita and Guilietta) packed up some of her hard-to-find ingredients (including a tapioca-based sauce thickener called Ultra-Tex) and boarded a plane bound for the two-day competition in Milan. 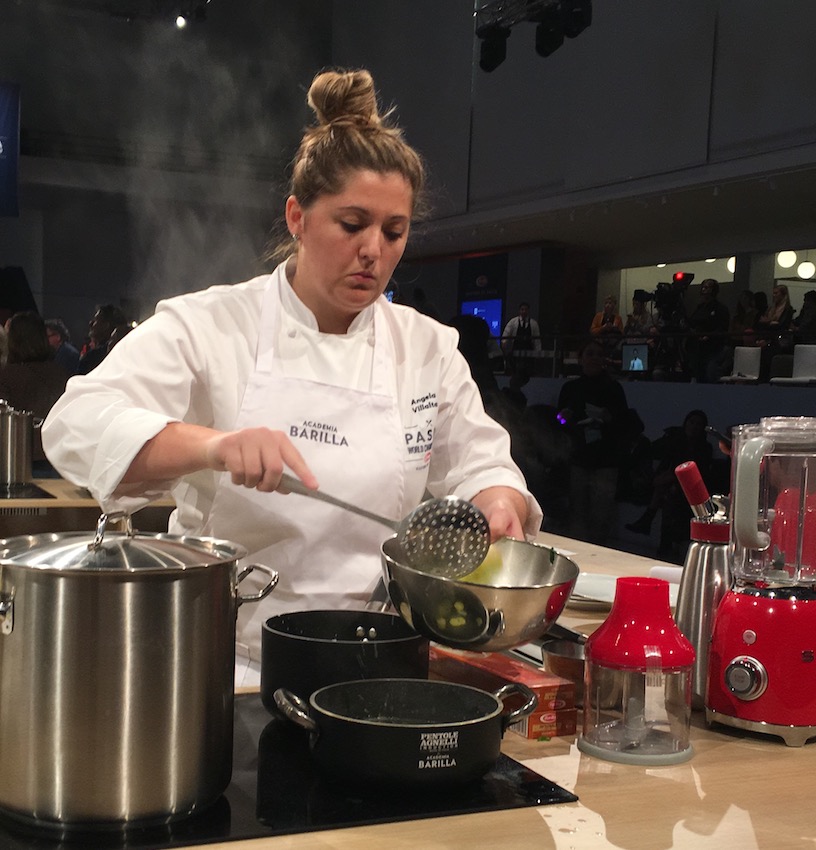 Prior to her trip to Italy, Villalta won Chopped Canada, so she’s no stranger to competitive cooking. “Every once in a while I like to challenge myself with new things,” she says about why she enters these sorts of competitions. In her restaurants, she can spend weeks developing a menu, but here, she has to think on her feet and make split-second decisions, which can make or break a dish. She hopes her experience in Milan will inspire her staff, too.

While the Pasta World Championship included chefs from 17 different countries — including Brazil, Norway, Japan, Romania, Germany and China — only four of the competitors were women. Despite the obvious disparity, Villalta doesn’t like when gender becomes the focus of her work.

“Maybe this isn’t a thing I should say, but I really hate when someone says, ‘you’re a female chef.’ I really just want to be a chef and I don’t feel I need to prove anything to these guys,” she says.

Yet, the women chefs smoked their competitors. Each one made it to the second round, and while Villalta was knocked out soon after, Carolina Diaz (a chef at Terzo Piano at the Art Institute of Chicago) took the top prize. “I always have at the back of my mind, I’m a Mexican woman chef cooking Italian pasta, so I know my version has to have a little twist,” says Diaz, noting how she always wondered what other women of other nationalities were doing to make their pasta stand out. “When I heard of this competition, she continues, “I was like, I actually get to see everybody’s interpretation in one spot.”

The chefs did put personal touches on their dishes. Diaz, for instance, showcased big, bold flavours, while the chef from Romania incorporated burduf — a cheese from home — into a recipe. The chefs favoured long noodles, with many using spaghetti and capellini, while diners often prefer shorter styles of pasta (or at least that’s what Villalta said about her Yorkville-area clientele). But there are some universal rules when making pasta, as well as some fun tips and trick I picked up while watching the chefs cook:

The judges dinged chefs for over-cooking their pasta (apparently it’s a sin in Italy). Not only is al dente pasta texturally superior to mushy, water-logged noodles, but it might be better for you too. Al dente pasta has a lower glycemic index (GI), which mean it takes longer for you to digest, so it doesn’t spike your blood sugar as much as pasta that’s been fully cooked.

Try everything as you go

The chefs tasted everything they were making throughout the cooking process. How else would they know whether or not to add a little more of this or that? You can, and should, do the same at home. Be sure to try your noodles so you don’t overcook them, and taste your sauce as it simmers and before you serve it up. Keep a spoon or two handy so you don’t forget to taste your food as it cooks.

In the States, Diaz says, creamy and cheesy pasta sauces are common. But, she prefers simpler dishes. Her go-to is a mix of olive oil, garlic, onion, parsley and either lemon juice or white wine. And that’s fitting, considering for the final round of the competition, the two remaining chefs (Diaz from the United States and Toby Wang from China) faced off to cook the simplest pasta dish of all: pasta al pomodoro. The two had to figure out the best way to prepare the dish (which usually consists of just pasta, tomatoes, olive oil, garlic, maybe onions and basil) in order to make the ingredients shine.

Save your pasta water for perfect sauce every time

“You have to reserve that pasta water. That is what will bind your sauce,” says Diaz. For her simple dishes, she tosses all of her ingredients into a pan with cooked pasta and adds pasta water (about a ladleful will do) to transform it all into a sauce that’ll actually stick to her noodles. It’s important, she notes, to shake everything around in the pan, or to stir it vigorously with a spoon. The water is filled with starch, which is why it helps thicken sauces. So think like a pasta champion the next time you’re making noodles — and don’t throw that precious water down the drain.

Finish off your dish

If you really want to make pasta like a chef, plate your dish and finish it off with a swirl of good extra-virgin olive oil or even a squirt of fresh lemon juice for a hit of acidity. A well-placed sprig of basil adds colour, and flavour, too. Of course, you can always keep it classic with a fine dusting of parmesan cheese because no one would be opposed to that!