Why Plain White Dishware Is Essential, And 4 More Kitchen Tips From A Toronto Tech Exec

Kirstine Stewart’s ultra-modern downtown Toronto condo kitchen is a dream for any home cook thanks to its huge Wolf rangetop, two ovens and even more importantly, its two dishwashers (because who wants to clean after making two ovens worth of holiday cookies?). The president and chief revenue officer of TribalScale and author gave us a tour of her space and shared some of her awesome entertaining tips. Here’s what we learned. 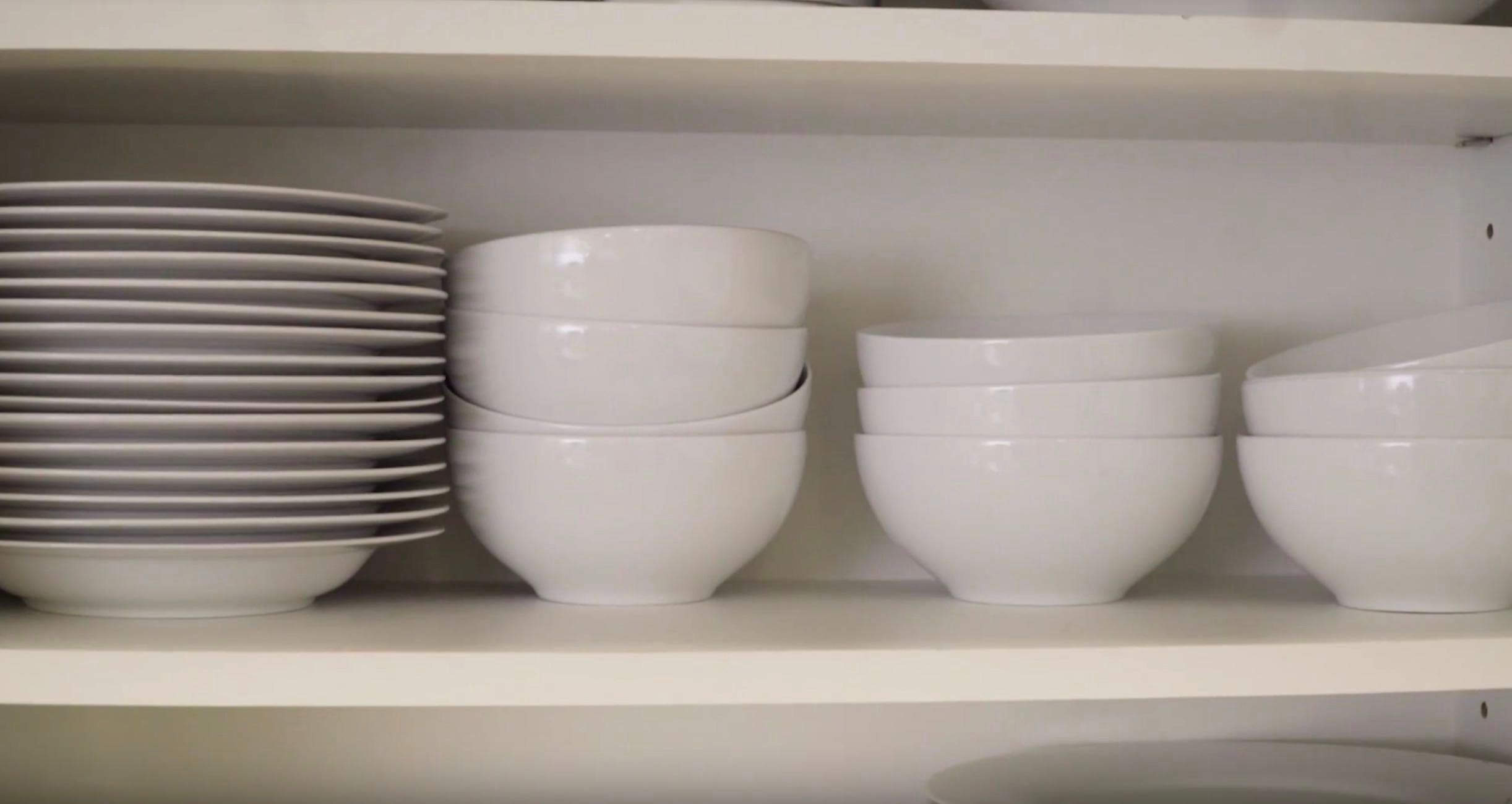 Keep it simple when it comes to your dishes

Stewart’s entire kitchen has a minimalist feel, including her dinnerware. Like Ina Garten, she uses only white dishes (from Crate and Barrel) because they’re clean and simple and can be dressed up for fancier occassions, with a copper charger plate, for instance. Best of all, if a guest accidentally breaks a dish, Stewart doesn’t sweat it because they’re all easily replaceable. 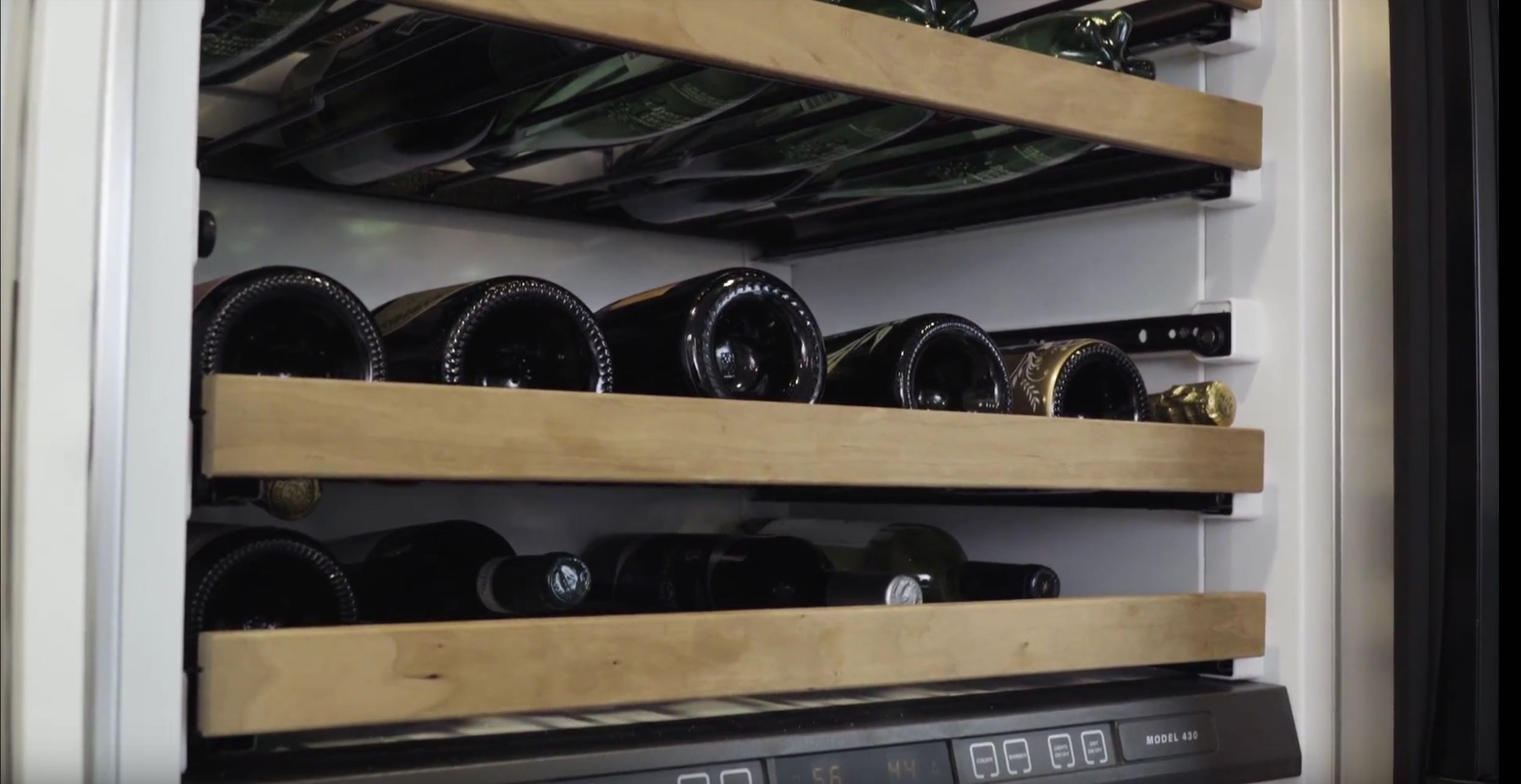 Since Stewart and her husband have friends in a variety of different industries, they like to mix-and-match friend groups when entertaining. She says it gets people talking and makes for a more interesting evening. Her top hosting tips? Set up a self-serve bar, play good music and pray for good weather! 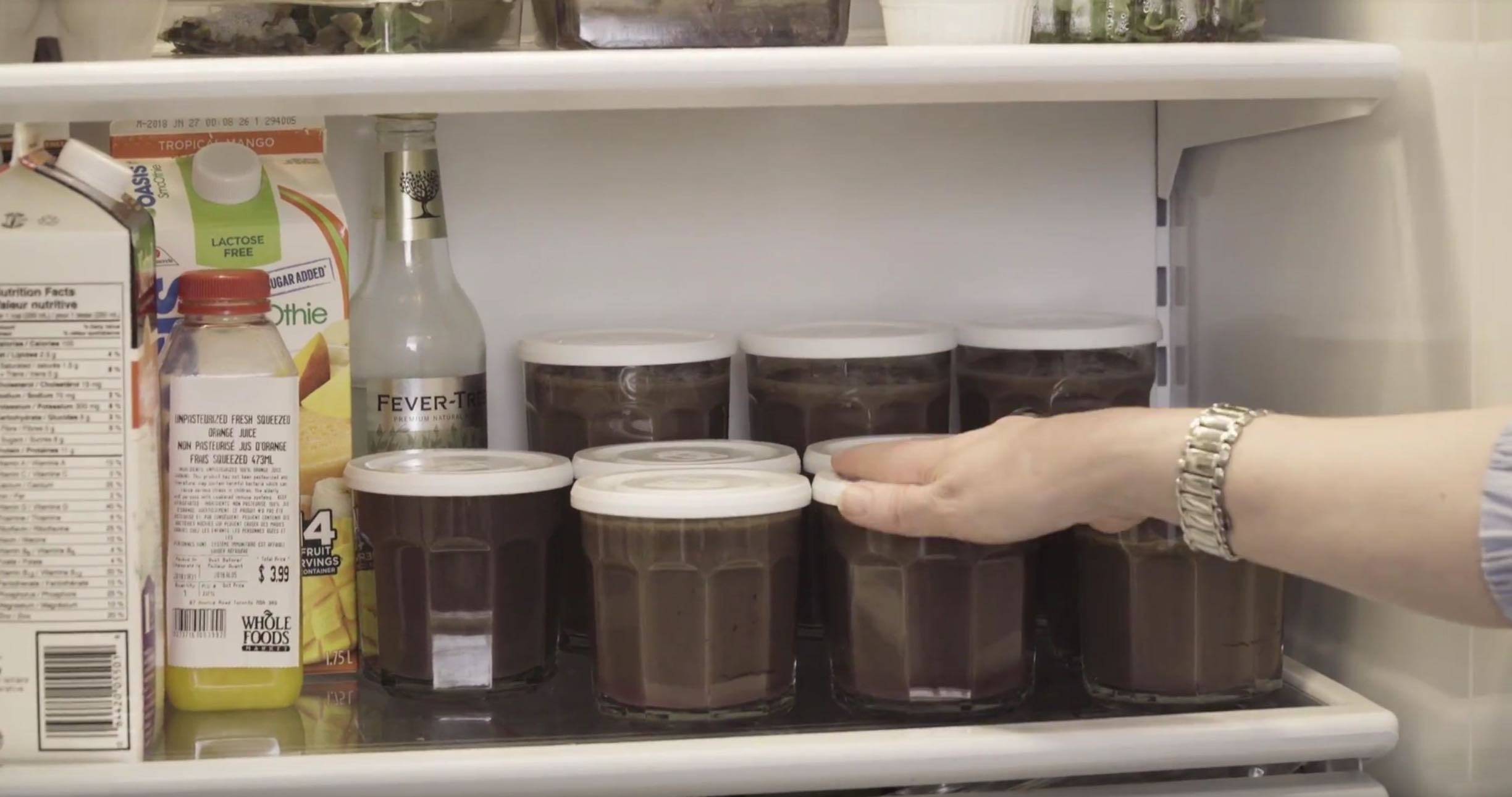 Stewart is busy, so she often relies on delivery services like Foodora and UberEats for weeknight dinners. To ensure she eats a healthy breakfast, she keeps her fridge stocked with glass containers filled with homemade protein smoothies. Just blend a big batch at the beginning of the week and grab one in the morning before you run out the door. 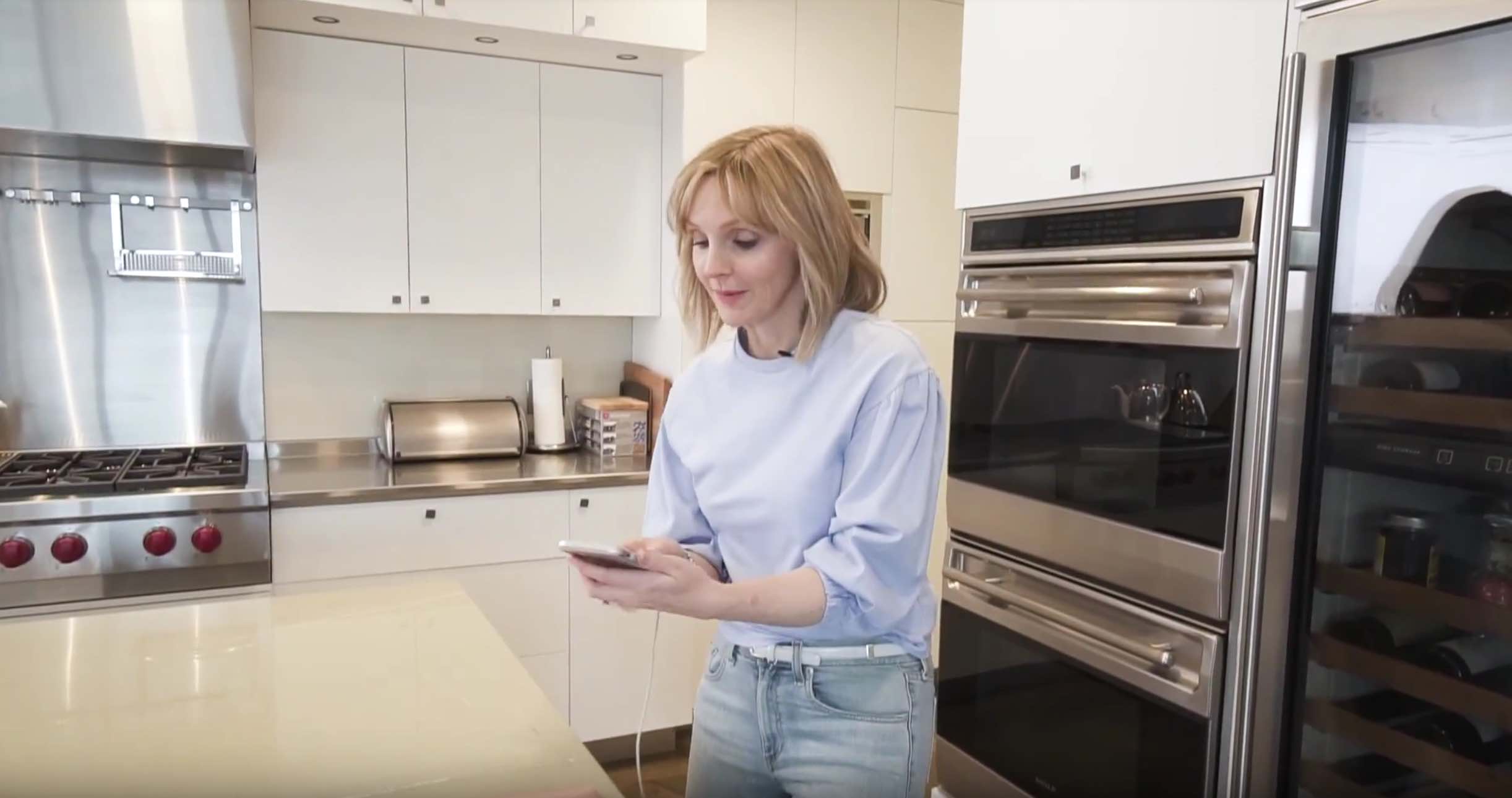 Make room for a charging station

The kitchen is the focal point of most homes, so take a cue from Stewart and designate one spot as your charging station (a power bar with multiple charging cables is all you need!). That way, you won’t need to run around your house looking for your phone when you inevitably misplace it right before you have to leave. 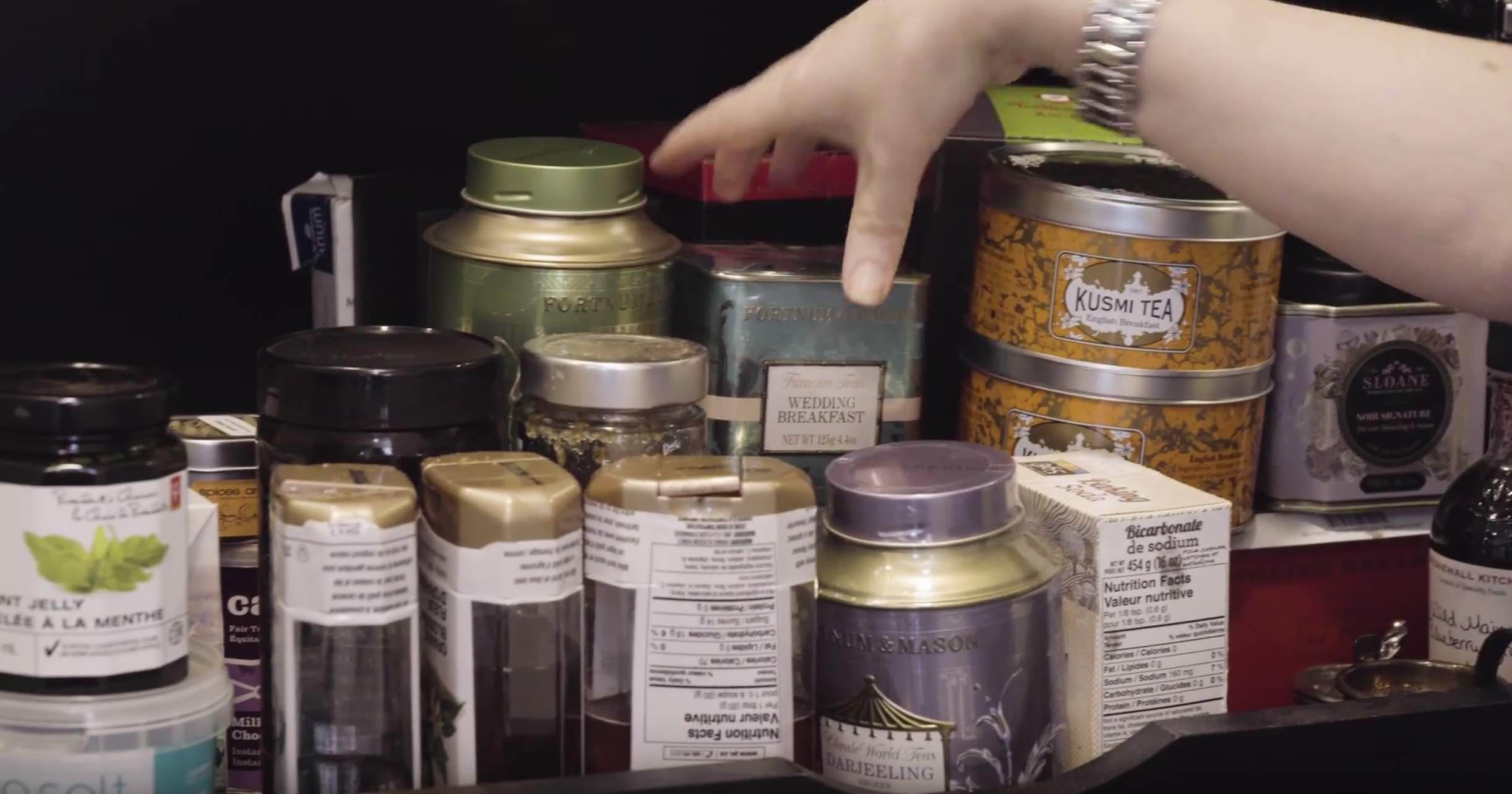 Any time is tea time

As an avid tea drinker, Stewart says she has a cuppa about six times per day. To keep things interesting, she stocks up on all sorts of tea leaves, including a special royal wedding blend called Wedding Breakfast she picked up at Williams Sonoma.