Take a peek inside this chef's colourful and cozy Toronto kitchen.

Toronto chef Joshna Maharaj is known for overhauling the unappetizing institutional meals patients and students eat at hospitals and universities.  When she’s not working to change how Canadians think about food, the activist chef spends time cooking in her own cozy home. Chatelaine was lucky enough to take a peek inside. Here are five things we learned while crashing her kitchen. 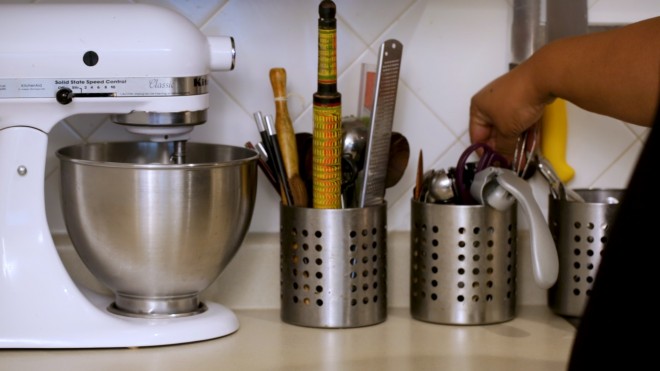 1. She keeps her tools on the counter

Instead of sticking her rolling pins, peelers and spatulas in a drawer, Joshna keeps them all on her counter so she can easily reach them while cooking. To avoid clutter, she keeps everything in slick-looking stainless steel tins. 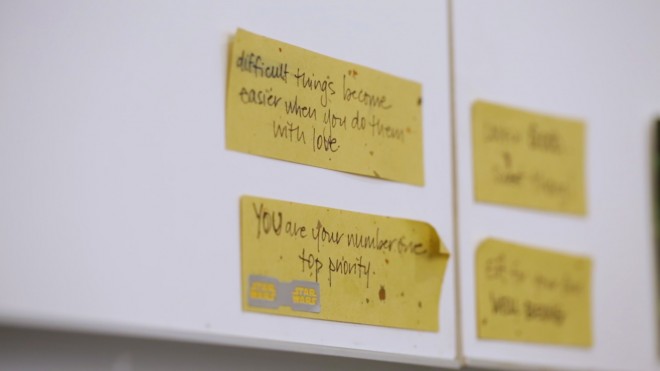 2. Her decor doubles as a motivator

Joshna keeps cute illustrations, photos and hand-written notes all over her kitchen. These remind her to eat well and to enjoy what she’s doing in the moment. Her favourite little saying lives above her sink reminding her that “Difficult things become easier when you do them with love.” She also keeps colourful tea towels on display, including an adorable one featuring a drawing by her friend’s three-year-old daughter. 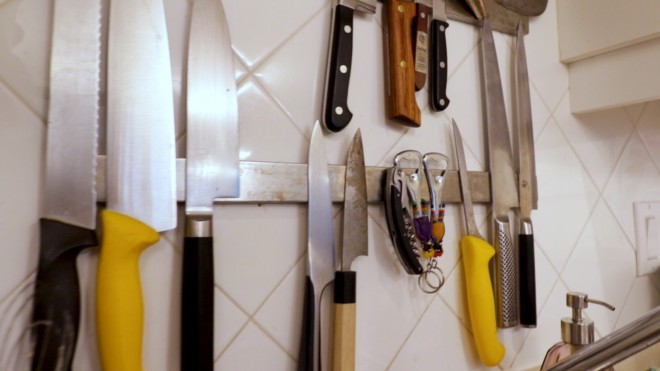 3. She has a knife-filled back splash

While it might be shocking to guests, one of Joshna’s favourite kitchen devices is her magnetic knife rack. Instead of a knife block, she keeps her sharpest kitchen tools (as well as metal bottle openers) on magnetic strips above her counter so they’re easy to grab as she’s prepping and cooking food. She has a range of knives on hand, including an Ulu, a knife used by Inuit women. 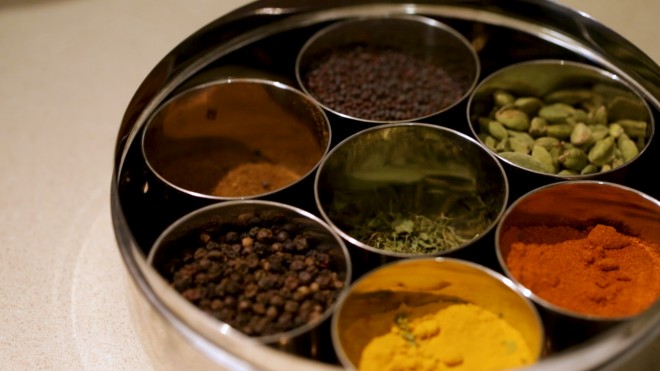 4. Her spices are super well organized

Indian dishes require a lot of spices, says Joshna. While she keeps most of her dried spices and seasonings in labeled mason jars, she has her most frequently used items in a masala tin, or spice box, which has space for multiple spices in a single container. That way, instead of taking out a stack of jars, she can grab one box filled with everything she needs. Her masala tin currently contains a variety of different seasonings, including cardamom, which she calls “brown girl’s cinnamon.” 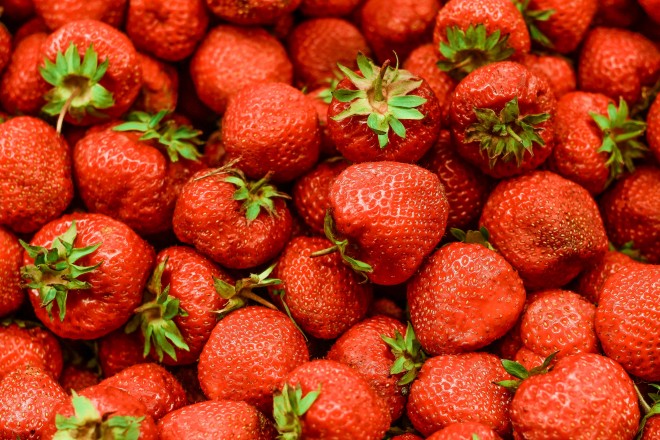 In the summertime, Joshna makes huge batches of jam with fresh fruit. Last year, she worked with peaches, but 2017 was all about strawberries. She keeps it all in her freezer because she says freezer jam tastes more like fresh fruit. On Christmas morning, she always serves her family scones, clotted cream and lots of freezer jam.