Important info for anyone who uses canned tomatoes in their homemade sauce. 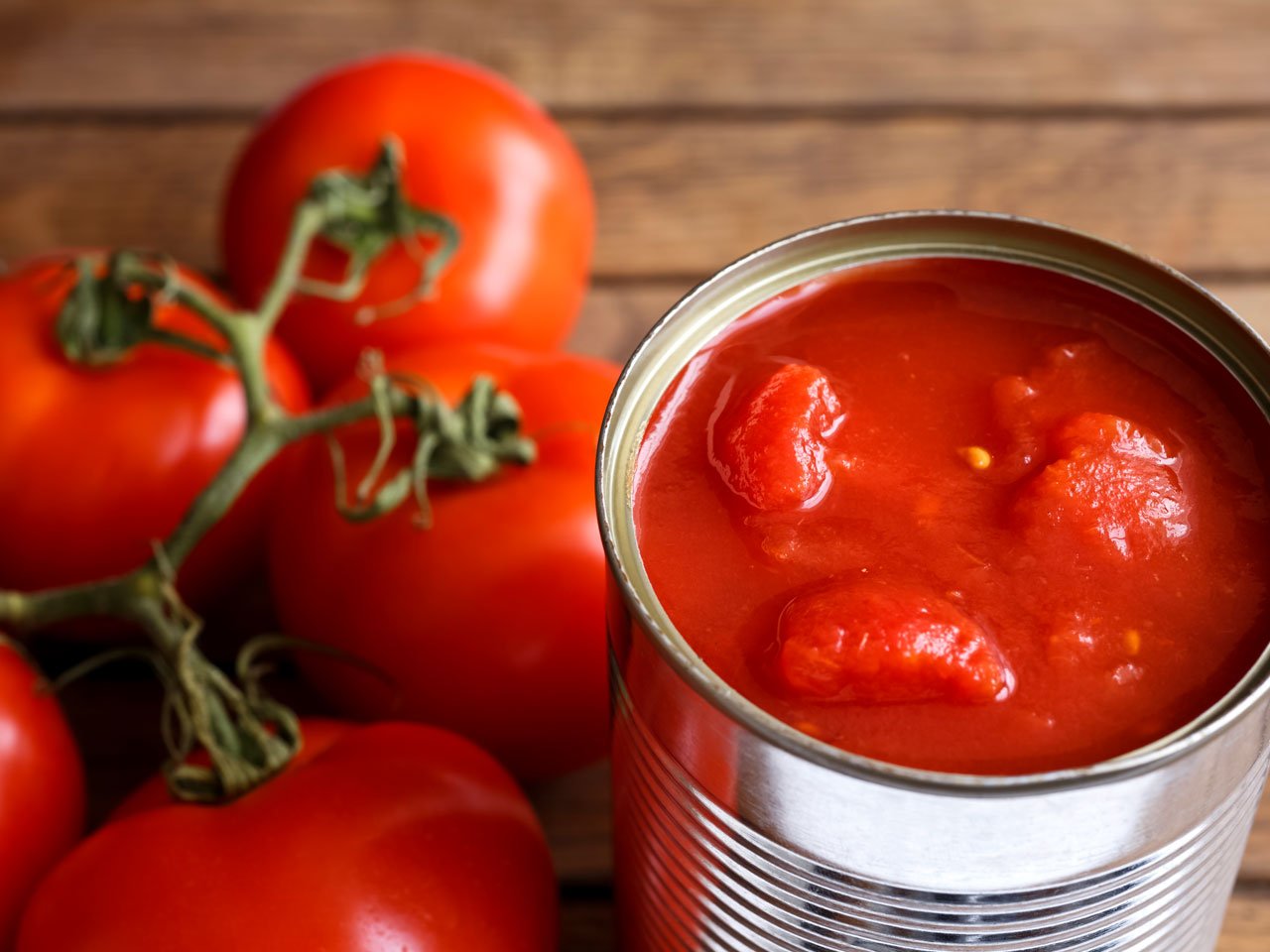 It’s time to swap out those crushed canned tomatoes

Even in a time crunch, making homemade tomato sauce is a pretty easy task (not that anyone you’re cooking for needs to know that). As far as they’re concerned, you’ve been toiling in the kitchen for hours, hovering over a simmering sauce you’ve created from scratch. And whether you rely on a recipe or just throw tomatoes, onions, garlic and basil in a pan to simmer, the Chatelaine Kitchen has a shopping trick to make yours a legendary sauce. It’s all about the flavour packed into your canned tomatoes.

If you’ve been using crushed tomatoes — because these convenient cans are huge time savers — you’re selling your sauce short. Next time, reach for whole canned tomatoes instead.

Carolyn Chua, Chatelaine’s go-to sauce expert, explains that crushed or diced tomatoes have a tendency to taste metallic because they’re more likely to take on the can’s tinny flavour. Their whole counterparts maintain a more unadulterated tomato taste. This simple swap will elevate your pasta dinner.

So what type of canned whole tomatoes should you use?

To really maximize flavour, the Chatelaine Kitchen team relies on the San Marzano variety of whole tomatoes Carolyn stresses these Italian plum tomatoes yield the very best results. You can find them at most major grocery stores near the rest of the canned and jarred tomato products. Or, buy them in bulk at Costco.

Breaking them down for a pasta sauce is quick and painless. Carolyn recommends using scissors to chop them up while they’re still in the can. You can squish them with a potato masher or your hands, which is surprisingly satisfying at the end of a long day. Rinse or drain them if you’re adding more liquid to your dish (but you don’t have to, especially if you want to boost that tomato flavour).

Use the same amount of whole tomatoes as you would crushed tomatoes (check the weight of your cans) the next time you make sauce. Just be sure to make a lot — nothing beats leftover pasta in red sauce.

Watch: How to make a simple one-pot pasta