The Secret Ingredient For The Ultimate Salad Dressing 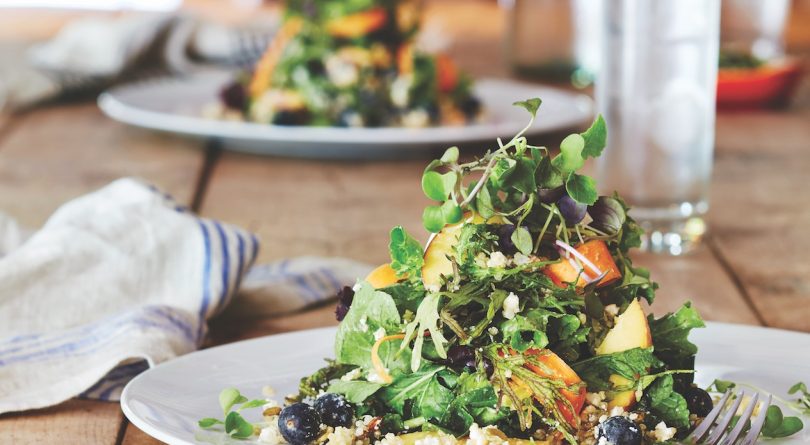 At the beginning of January, we’re all still under the blissful illusion we’re going to keep our New Year’s resolution to eat healthier, more wholesome food. So while you’re downing salads, why not dress up your greens with a dressing that’ll take your lettuce from dutiful to delicious?

Enter brown butter vinaigrette, a recipe we’re obsessed with from chef Brad Long‘s new cookbook/love story Brad Long on Butter. Long, who’s at the helm of Cafe Belong at Toronto’s Evergreen Brick Works outdoors centre, claims butter is no longer public health enemy number one now that saturated fats are being embraced once again. (Even Loblaw predicts a return to full-fat foods as one of its 2018 food trends.)

We’re all for embracing butter — it makes anything it’s in, on or spread all over way more delicious. But rarely is it mixed in to salad — until now. 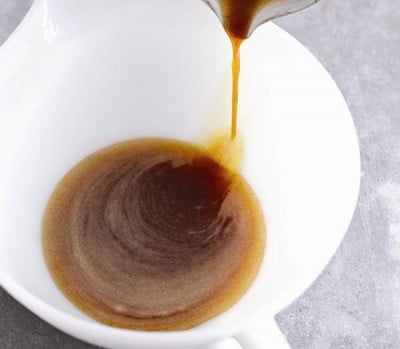 In the breezy and conversational Butter — which is filled with drool-worthy photos of everyone’s favourite fat — Long writes that while at a friend’s dinner party, he was asked to make salad dressing. When he couldn’t find any oil, he used butter instead. He threw some in a pot, began to heat it up, had another glass of wine and before he knew it, he had nutty-smelling brown butter (AKA beurre noisette). He mixed it with vinegar and accidentally created a salad dressing that’ll make even the saddest pile of romaine shine.

Brown butter vinaigrette takes a little bit longer to prepare than your typical oil and vinegar mixture, but it’s definitely worth it. I poured mine over what I refer to as a refrigerator salad — one filled with random ingredients from my fridge. It included arugula, a Royal Gala apple, white rice, roasted and salted pumpkin seeds and some shredded cheese left over from my spaghetti pie experiment.

Or, you can recreate Butter’s recipe for a St. Lawrence salad filled with greens, grains, nuts and seeds (and brown butter vinaigrette). “The dish encompasses both balance because it contains a whole range of healthy ingredients, and decadence, because these virtuous ingredients are encased in a delicious, rich brown butter vinaigrette,” says Long of this fruit and vegetable-filled meal.

Once you’re done with your veggies, you can do so much more with brown butter. Long suggests drizzling it over popcorn. We’d also recommend using it to make a decadent icing. Best of all, brown butter will keep in your fridge. It’ll solidify, so just bring it to room temperature when you’re ready to use it again (and again).

Watch: How to make a hot butter chai latte