All you need are veggies for this savoury meal.

Just because her diet is plant-based, that doesn’t mean hot for food blog’s Lauren Toyota eschews comfort food. In fact, she couldn’t live without it.

For Chatelaine’s video series, Vegan It! with Lauren Toyota, the former MuchMusic VJ and current YouTube star and cookbook author, demonstrates how to create vegan versions of everyone’s favourite comfort classics — like grilled cheese and caesar salad — without elaborate recipes or compromising on taste. 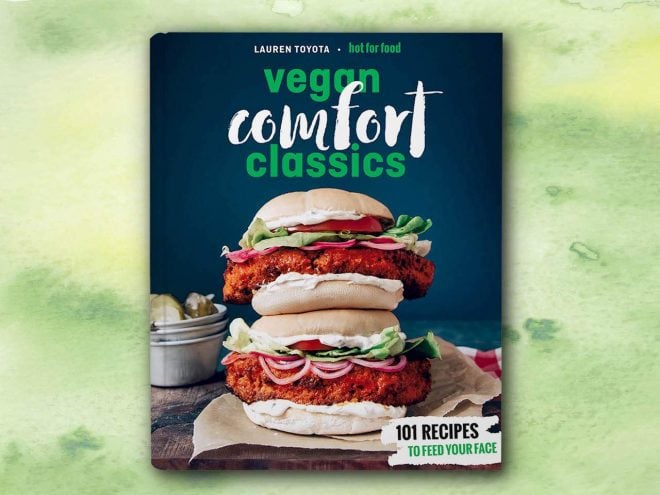 Many vegan pulled recipes call for jackfruit, but instead of using this sometimes hard-to-find ingredient, Lauren makes hers with mushrooms and marinated artichokes. Artichokes, she says, have a stringy, almost meat-like texture when chopped and pulled apart, so she was inspired to use them to replicate the texture of pulled pork.

In this one-pan recipe, Lauren simmers her veg in a homemade BBQ sauce made from smoked paprika, apple cider vinegar, soy sauce, tomato paste and brown sugar. She pours all the ingredients straight into the pan with the mushrooms and artichokes and lets everything cook up (and get nice and brown) together.

While her faux-meat is delicious on its own, Lauren piles it on a toasted bun along with some crunchy slaw. Instead of shredding a cabbage herself, she relies store bought bagged slaw. This cuts down on food waste since it can be difficult to use up a whole head of cabbage. She mixes her slaw with vegan mayo, apple cider vinegar and Dijon and recommends making it advance. That way it gets extra tangy and adds a nice contrast to the sweet, saucy pulled pork.

Watch: How to make vegan cheesecake