How To Make A Hot Toddy

Warm up with this cozy winter cocktail! 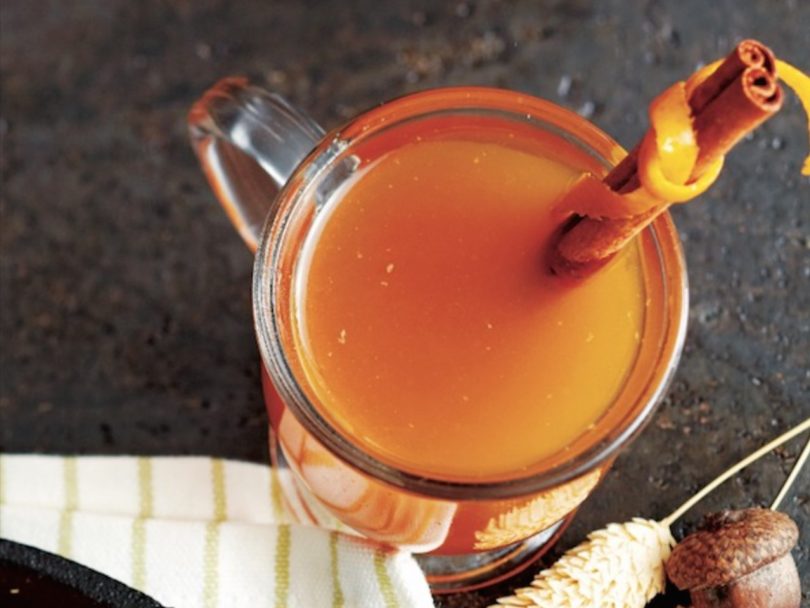 Warm up with a hot toddy! Photo, Roberto Caruso.

Cold nights call for hot drinks, and few things warm you up better than a hot toddy: a classic, homey cocktail that’s as comfy as your favourite pair of woolly socks.

What is a hot toddy?

The name alone is enough to evoke thoughts of cozy nights in. With a mix of booze (whisky, bourbon or brandy will do), honey, lemon, hot water and a hint of spice (think cinnamon or cloves), a hot toddy makes for a soothing, and easy-to-assemble cocktail.  According to The Telegraph, this wintertime elixir, with roots in Scotland, originated in the 18th century as a way to mask the taste of unpalatable raw Scotch (sugar, dates, saffron, mace, nuts and cinnamon apparently did the trick).

A hot toddy makes for a delightful after dinner drink, especially if your plans include bingeing season four of everyone’s favourite royal drama, The Crown.

How to make a hot toddy

A classic hot toddy is comprised of whisky, hot water, lemon, honey and cloves. But, you can get creative and mix one with your favourite spirit and warming, spicy flavours. Dark spirits—like whisky, rum, bourbon and even brandy—work best. And if you really fall in love with this winter warmer, you can even make hot toddy-inspired shortbread cookies. But before you bring out your stand mixer, here are three hot toddy recipes from the Chatelaine Kitchen.