This Mystery Ingredient Makes The Best Quickie Mac And Cheese

You're less than 20 minutes away from single-serve, cheesy goodness. 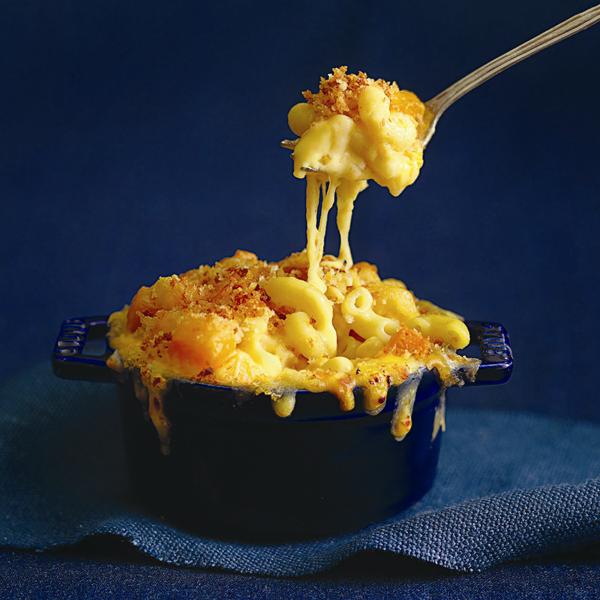 Easy mac and cheese recipes aren’t limited to the instructions of the back of a KD box. There’s now an even faster way to achieve noodle Nirvana, thanks to a simple little recipe in a new cookbook by popular American food blogger Molly Yeh. Yeh, an award-winning author and former New Yorker, moved to her husband’s fifth-generation beet farm in North Dakota, where she shares her whimsical kitchen creations (like bagel and lox dougnuts and chocolate covered pickles) with hundreds of thousands Instagram followers. 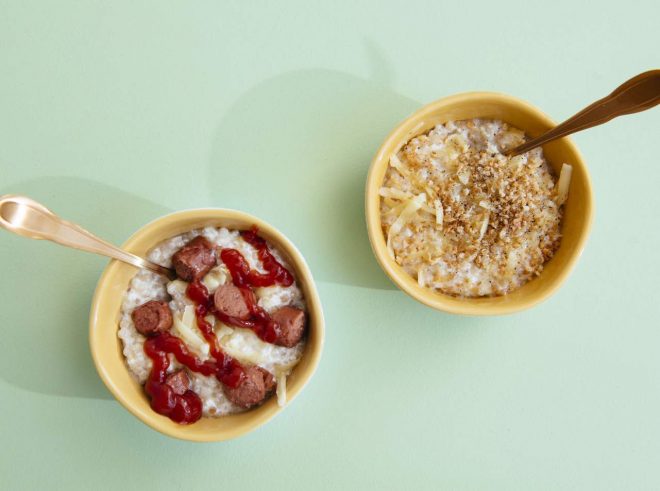 Get the Recipe Here: Molly Yeh’s Mac and Cheese

Yeh’s Yogurt is the latest volume in the Short Stack Editions empire. Each Short Stack recipe book is fewer than 50 pages long and is the author’s “love letter” to their favourite ingredient. Previous editions include Butter (Dorie Greenspan) and Lemons (Alison Roman). The books are so beautifully designed that the Chatelaine food team swoons a little each time a new issue is released. In her Short Stack, Yeh hones in on the myriad ways to use yogurt, including in the easiest mac and cheese recipe ever

How to make this easy mac and cheese recipe

Now, this isn’t your traditional mac, mainly because it doesn’t use macaroni noodles, although you can always experiment and stick with the classic. In Yeh’s Lazy B Mac & Cheese, she swaps out for Israeli couscous, a toasted round pasta that’s readily available at bulk food stores. She loves the couscous’s firm and slightly chewy texture — and it’s true, the added density does give this dish a nice bite. 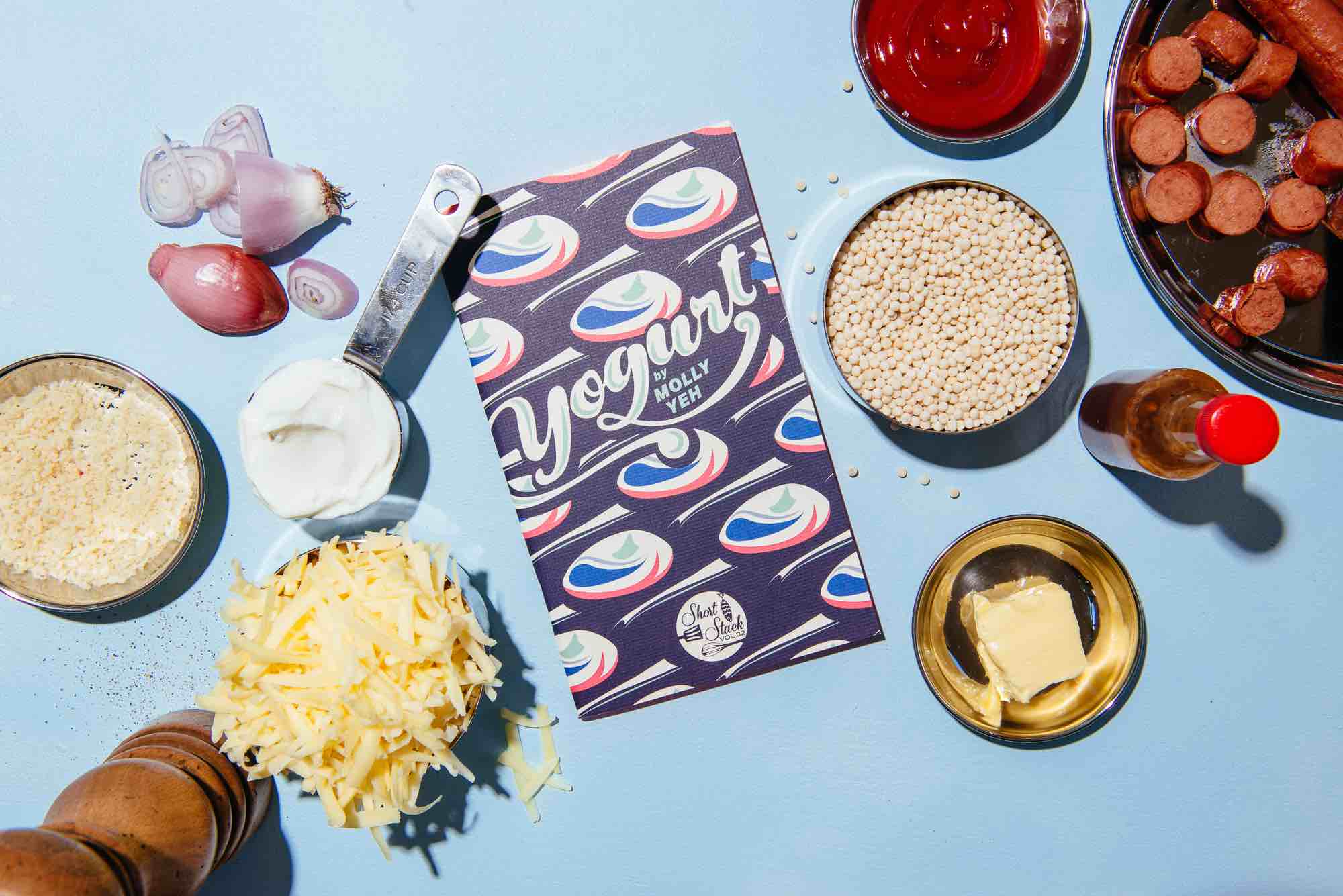 This one-pot dish is meant for a single serving (Yeh recommends eating it straight out of the pot because why dirty more dishes?). You’ll need to chop up two shallots, or half an onion, and sautée them. But once that’s done and your couscous is cooked, you just stir in some grated cheese, full-fat Greek yogurt and (optional) hot sauce. To get the feeling of a baked mac and cheese, Yeh suggests topping the whole thing with toasted bread crumbs, but you can skip this step if you don’t have any in your pantry. 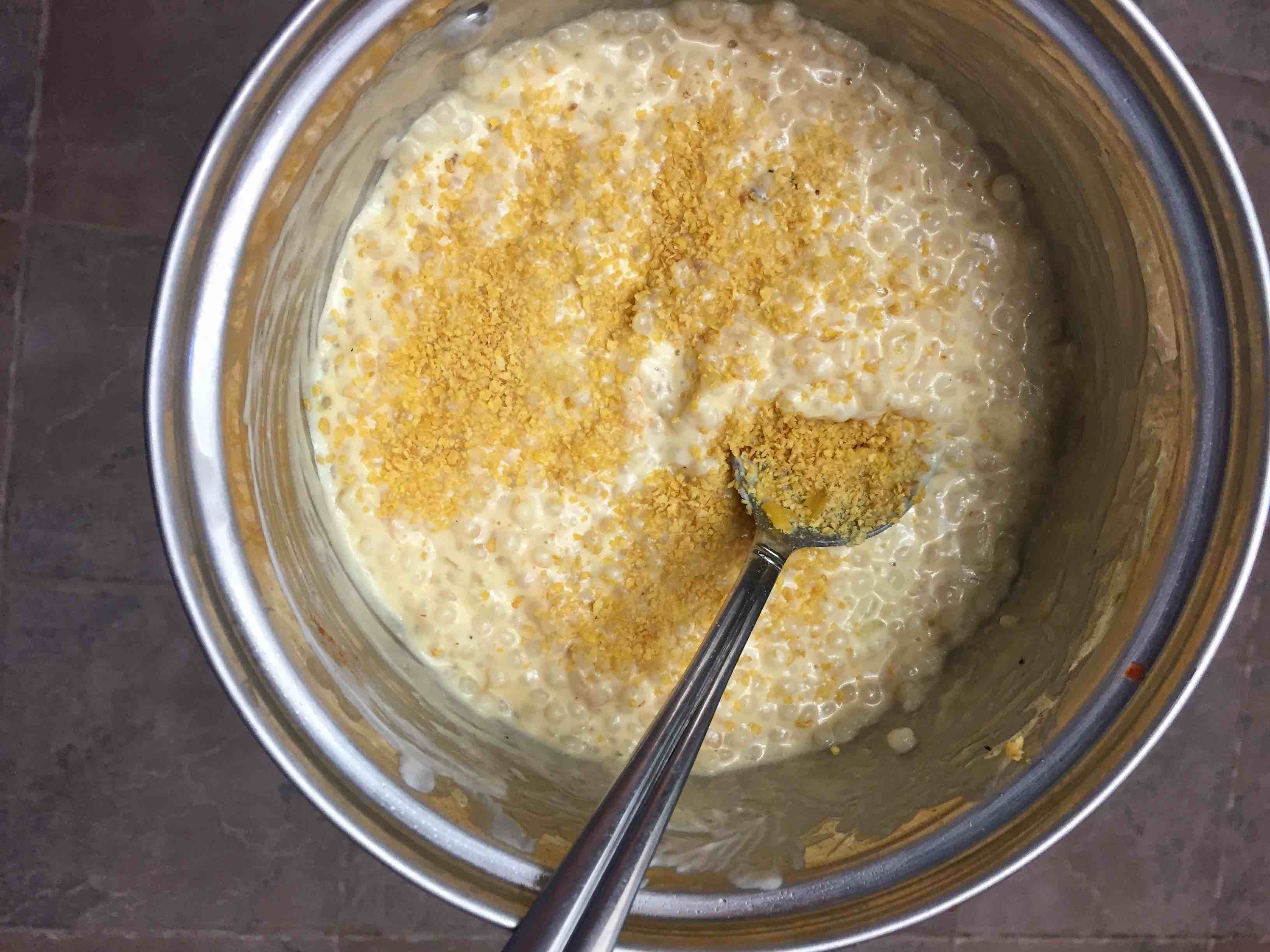 But, how does this mac and cheese taste?

The time-saving genius of this dish is that, unlike with other homemade mac and cheese recipes, you don’t need to make a roux to get a creamy sauce. Instead, the Greek yogurt does all the work for you, and makes it surprisingly tangy. This balances out the heaviness of the cheddar cheese (especially if you add extra, like me). I’d highly recommend adding a few squirts of hot sauce, like sriracha, because it really amps up the flavour and works well against the zippy notes of the yogurt.

The next time a mac-and-cheese craving hits, spend about 20 minutes in the kitchen and then curl up with your pot of cheesy goodness and dig in.

Watch: How to make vegan mac and cheese