While Canada's food supply chain is generally robust, empty shelves or missing ingredients can be hard to ignore while shopping. We spoke to experts to find out what's actually happening with the grocery supply chain right now. 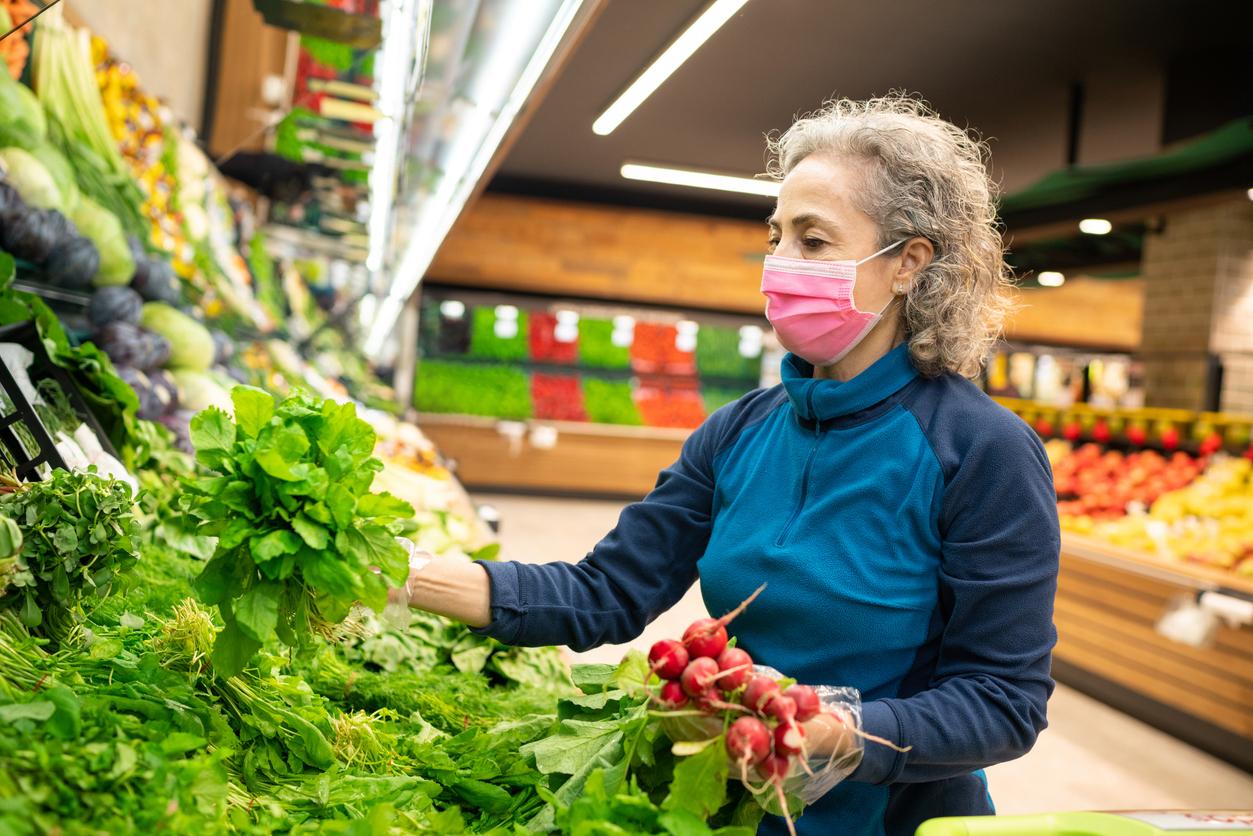 If you’ve been grocery shopping lately, you might have noticed some empty shelves. Maybe your favourite brand of cereal is missing, or the fruit selection is smaller than usual, or a specific type of spice you need to make dinner is getting harder to find. While Canada’s food supply chain is generally robust, empty shelves are hard to ignore when you see them—especially after the supply chain fiasco in the early days of the pandemic. Should you stock up on your essentials? What’s behind the gaps in your grocery store? How long will this last? Here’s what you need to know about grocery shortages in Canada.

While there have been reports of shortages throughout the country (both from media outlets and premiers’ Twitter accounts), Michelle Wasylyshen, the national spokesperson for the Retail Council of Canada, says that the council’s grocery members have reported that 90 to 94 percent of products that are supposed to be on shelves are actually currently available.

That being said, some items are missing. And while grocery stores almost never have 100 percent of their stock in at once, Wasylyshen notes that right now, “somewhere between six to 10 percent of products may be out at a given time.”

What’s behind the shortages that people are seeing?

There’s a perfect storm of supply chain-disrupting factors behind the shortages. For starters, the Omicron variant surging around the world has led to labour shortages, from transport workers to farmers to people working in processing plants. COVID outbreaks in workplaces also means more frequent production halting.

The recent inclement weather, like massive snowstorms in Ontario and flooding in British Columbia, has also meant shipment delays. “Many grocery retail products rely on ‘just-in-time’ delivery,” says Wasylyshen. Meaning that perishable products are delivered to the stores at the peak of their freshness to minimize waste and ensure that the best groceries are available in store. “Winter weather can lead to product shortages and delays—trucks can’t always travel during bad weather and it can take some time to replenish stores.”

A worldwide shortage of shipping containers also isn’t helping matters. Shipping containers carry tens of thousands of pounds of products, but the pandemic led to widespread manufacturing delays, bottlenecks and difficulty getting containers to the right places at the right times. All of this has led to missed shipments, backlogged ports and not enough empty containers readily available for exporters. “Getting containers, getting them onto ships and unloading them to move product around Canada is the problem right now,” says James Vercammen, a professor at the University of British Columbia’s Faculty of Land and Food Systems.

The ongoing blockades and protests opposing vaccination mandates, which are now into their third week and have prompted the federal government to declare a state of emergency, might also be behind some of the shortages—especially the protest that blocked off the Ambassador Bridge in Windsor, Ont., one of the major ports of entry for all sorts of products, for an entire week. It’s unclear how big of an effect that blockade will have on grocery stock.

What’s out of stock?

Anecdotally, Vercammen has noticed emptier spice sections. “These are probably coming from the U.S., and the trucks aren’t flowing across the border as fast as they used to,” he says. “All it takes is one large shipment of spice to be delayed and all of a sudden the whole Canadian market is out for several weeks because we all depend on one supply chain.”

News reports and social media users have also noted that certain breakfast cereals, such as Kellogg’s products, have been missing from shelves. A strike at Kellogg’s American plants, which started in early October 2021 and ended in December, has led to a shortage in Rice Krispies and Cornflakes. Vercammen himself has been missing his personal favourite, Weetabix—though this cereal is made by Post, not Kellogg’s.

Perishable items are also more likely to be out of stock. Michael Widener, associate professor at the University of Toronto and Canada Research Chair in Transportation and Health, notes that if there’s a shipping delay, things like produce, meat and dairy might spoil while stuck in limbo.

How long will this all last?

It’s hard to be specific, but Veracammen thinks that it shouldn’t be too long. He points to the extreme weather letting up and COVID numbers going down as positive signs.

Widener also points out that these shortages are common occurrences for people living in northern communities. “This is not new to people in Iqaluit or in Nunavut; this is something that’s been going on for decades,” he says. “This is a very minor inconvenience compared to some of the [shortages and price inflation] that’s experienced up there.”

Do I need to panic?

In short, no. “There is no threat to the overall robustness of the food supply system in Canada,” says Wasylyshen. “Bear in mind that even absent current truck driver shortages, weather events and COVID impacts on producers, the fill rate [at grocery stores] is never 100 percent because there will always be strikes, production delays, shopping delays and so on.”

If anything, panicking and hoarding might make the shortages last even longer. “If we can resist [hoarding and panicking] we’re going to get through it a lot quicker,” says Veracammen. “Don’t view this as a national crisis that we’re going through. It’s not, it’s just something temporary.”

What will this mean for my grocery shopping habits?

Widener hopes that these shortages will emphasize for Canadians the importance of “making sure that employees are paid decent wages and that people are working in conditions that are healthy for them, so they can produce healthy food for us.”

And perhaps it can be seen as a chance for a little variety. “You might miss your favourite cereal or spice for a while,” says Vercammen, “but it might be a good opportunity to take a chance on something different.”