4 Ways To Eat Better For The Environment

While plant-based diets are great for reducing your footprint, you don’t have to totally give up meat to help in the fight against climate change. 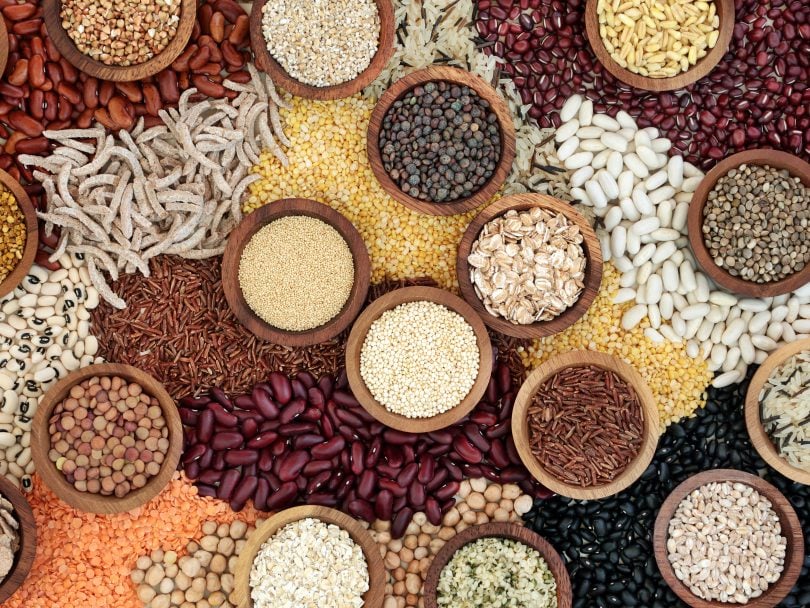 According to a UN Intergovernmental Panel on Climate Change (IPCC) report, if we want to curb greenhouse gas emissions before it’s too late, we all have to change our eating habits.

Besides requiring tons of land—and resources to grow the food to feed them—the livestock that we keep for food (namely cows and sheep) produce greenhouse gases that accelerate global warming. The way we farm can also lead to land degradation and leave soil less productive, restricting what can be grown and producing less-nutritious crops, according to the IPCC report. Not only are we affecting the environment, we’re also negatively impacting our own health.

Though it’s true that one person changing their eating habits can only make a tiny dent—and that we all need to pressure politicians and corporations to act now—climate change is a problem which requires large-scale action. In other words, collectively, all of our actions add up. Here are 4 tips on how you can eat better for the environment.

Although food packaging, especially single-use plastic packaging, is a problem, packaging only accounts for about 5 percent of the world’s food-related greenhouse gas emissions. In other words—we need to think much more about what we eat and how much food we buy if we’re serious about protecting the planet and its resources. The first step? Stop wasting food. According to a 2019 report by Second Harvest, a shocking 58 percent of all food produced in Canada is wasted. When we waste food, we’re effectively throwing away natural resources that have been extracted.

To minimize food waste at home, buy only what you need (yes, it seems basic, but SERIOUSLY). With fruits and veggies, buy only what you need for the week—chances are you won’t get around to finishing your perishables before they, well, perish. If you do end up buying too much, you can store fruits and veggies in reusable containers (or just wash out your ziplock bags every time!) and freeze them for future use—fruit can be made into smoothies and veggies can be used for soup stock! You can also try recipes that will clear out the fridge. There are tons of easy ways to use up veggies that are a little bit past their prime—something as simple as cutting up wilted veggies and roasting them on a baking sheet will save them from being tossed out and wasted. (Check out our article on 7 surprising ingredients that can be salvaged and reused here.)

Consuming less meat will typically have the biggest impact for people in wealthy countries like Canada. Meat and dairy, especially from cows, have a disproportionate impact—livestock produce 14.5 percent of the world’s greenhouse gas emissions per year. Worse yet, beef and dairy cows produce methane, a greenhouse gas that is 25 times more heat-trapping than carbon dioxide, the gas emitted by cars and other vehicles. Even if you’re an ovo-lacto vegetarian, dairy consumption is still contributing to climate change: according to the Worldwide Fund for Nature (WWF), “dairy operations can consume large volumes of water to grow feed, water cows, manage manure and process products. Additionally, manure and fertilizer runoff from dairy farms can pollute water resources.” (The New York Times ranked protein sources by the greenhouse gases they produce, and cheese came in fourth as source of emissions—after beef, lamb and farmed crustaceans.)

“Trying to slowly cut down and turning to the lesser evils is a good start,” says Ikeila Wright, the owner of One Love Vegetarian, a vegan Jamaican restaurant in Toronto. “If you eat a lot of red meat, try chicken. If you eat a lot of chicken, try fish. If you’re having fish, try an alternative. Try a Beyond Burger. There are so many meat alternatives out there if you really want it.”

Incorporate more plant-based proteins, like legumes, into your diet

In order to scale back meat production and consumption, we should all be looking for alternative, non-meat sources of protein. Plus, eating more plant-based proteins is good for the Earth and for your personal health—some research suggests that vegan and vegetarian diets protect against heart disease and cancer.

Turning to legumes and other sources of protein is a good way to cut meat out of your diet. “Try protein alternatives that are really good for you. Try chickpea flour, try to get more tofu or soy,” suggests Wright. However, she also cautions against getting stuck in a rut with these alternatives. “Keep in mind that too much of anything is good for nothing. Some people go overboard on soy, which isn’t a good idea. Some people go overboard on beans and peas and get bored. It’s about doing some research and mixing it up.”

Some great plant-based proteins that are easy to incorporate into your diet include: lentils, chia seeds, quinoa, peanuts, hemp seeds, tofu, chickpeas and beans. You can check out 23 of our best plant-based protein recipes here for some inspiration.

Replace some meat with seafood—but be careful about the type of seafood, and its source

When it comes to seafood, think of buying less-common choices, like mussels. According to a June 2018 report from the University of Washington’s Sustainable Fisheries, the best choices for low-carbon seafood proteins are small captured fishes (like anchovy, herring and sardines), farmed mollusks (like oysters, mussels and scallops) and farmed salmon.

Wild fish also have a relatively small climate footprint—the main source of emissions comes from the fuel burned by fishing boats. With fish though, there is one huge caveat: its source. Though wild fish—if caught reponsibly—are relatively sustainable, the world is already catching about as much as it possible can—60 percent of the world’s fisheries are being fished to their maximum sustainable level and 33 percent are being overexploited. Fish farms, or aquaculture, can be a good alternative to harvesting wild fish, but it often depends on farming practises. According The Guardian, sewage and wastewater discharged from aquaculture has been associated with toxic algal blooms and polluted drinking water.

A good way to make sure you’re buying fish that are being harvested or farmed sustainably is to check with science-based resources like Seafood Watch. These resources describe the environmental impact of fish and suggests the best choices, good alternatives and options to avoid.