Don't sacrifice flavour when making low, or no, alcohol cocktails this season 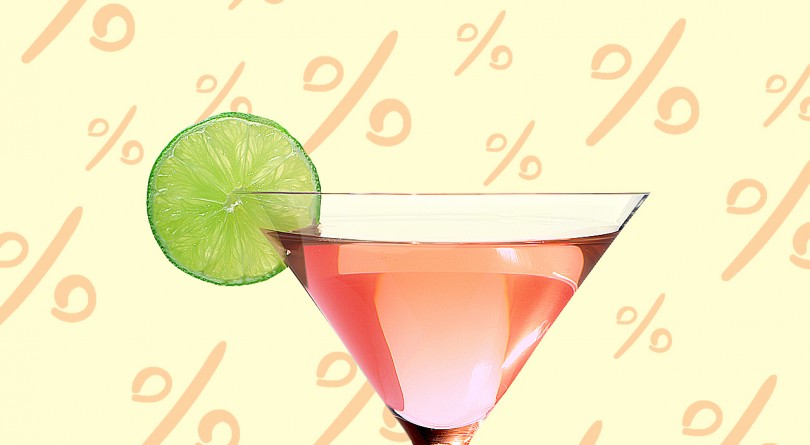 The sight of fall foliage signals a certain back-to-reality feeling. That makes autumn the perfect time to take on new projects and make lifestyle adjustments — like finally cracking the how-to-drink-less-but-better code. It seems like everybody’s on the same page this season, with all the fall drink trends aligned along a cohesive low alcohol theme. Namely, less can be more.

In Europe, vermouth is the main event. Here, we still think of it as a cocktail modifier, to be used sparingly in martinis and Manhattans. It’s high time we got a little more continental, since a couple of ounces of vermouth on the rocks (with the juice from an orange wedge) makes a great pre-dinner refresher. It’s thirst-quenching — but it won’t knock you off your feet.

Especially popular in France, Spain and Italy, vermouth, a fortified wine, can be sweet, dry, herbal or a little bitter, depending on regional traditions and specific winemakers. Broadly speaking, it comes in red or white (sweet or dry, respectively) and, for the large part, people use dry, white vermouth more for mixing, while red is more for drinking.

The hottest option in all the cool-kid cocktail bars is sherry-based vermouth (sometimes spelled “vermut”), a rich, smooth and complex wine that is dangerously drinkable. Lustau Vermut and González Byass “La Copa” are both excellent and make appearances in most markets across Canada, although demand does tend to outstrip supply. Another high-quality option is Dolin, a French alternative that’s a little lighter in style, but generally readily available and still quite delicious.

Take it up a notch: Julia Child loved the “reverse martini,” which is two parts dry French vermouth to one part gin, stirred over ice and strained into a chilled glass.

Universally-loved by cocktail bartenders, bitter-sweet amaro — an Italian liqueur that’s usually less than half as strong as most spirits — is starting to move from obscure outlier to household name. In Italy, there are hundreds of different styles, made from walnuts, rhubarb or black truffles. In Canada, we tend to get herbal ones, such as Braulio; diplomatic crowd-pleasers, like Amaro Lucano and Montenegro; and, of course, Cynar, made from the unlikely-sounding artichoke. The friendliest introduction to this category is Amaro Nonino, an elegant, light-bodied classic that’s the perfect excuse to linger over dinner.

Shake it up: Shake equal parts Cynar and fresh ruby red grapefruit juice in an ice-filled shaker and strain into an ice-filled rocks glass.

There's nothing more distracting than a Seedlip raspberry martini. Stirred not shaken, it's nature at its finest. Why not try making it at home? Get the recipe and plenty more by clicking the link in our bio! #SeedlipJanuary #NonAlcoholic #Seedlip #DryJan

Vermouth and amaro’s fortunes have shot up recently for one main reason; people like potent-tasting dry cocktails these days, but would like to be able to have more than two before being poured into an Uber. The demand for grown-up cocktails that are still suitable for “adulting” has spawned low-octane recipes that make use of liqueurs and fortified wines, including sherry.

Stir it up: The Bamboo cocktail, which is just equal parts sherry and French dry vermouth (1.5 ounces each) and two dashes of bitters, stirred and strained into a chilled glass.

This fall Seedlip, a distilled non-alcohol “spirit” is set to launch in Canada. It comes in two flavours, the light and herbal Garden 108 and Spice 94, which tastes like an allspice liqueur, both of which sold out quickly when they were released at Selfridge’s in London, England, a couple of years ago. Seedlip is designed to give both backbone and character to normally flat mocktails.

Mix it up: Make a mock gin and tonic with two ounces of Seedlip Garden 108 and two ounces of tonic served over ice with a wedge of lemon.