Craft cider is taking over because it's delicious

Forget what you think you know about fermented apple juice. Canadian craft cider producers are turning out runaway hits across the country. 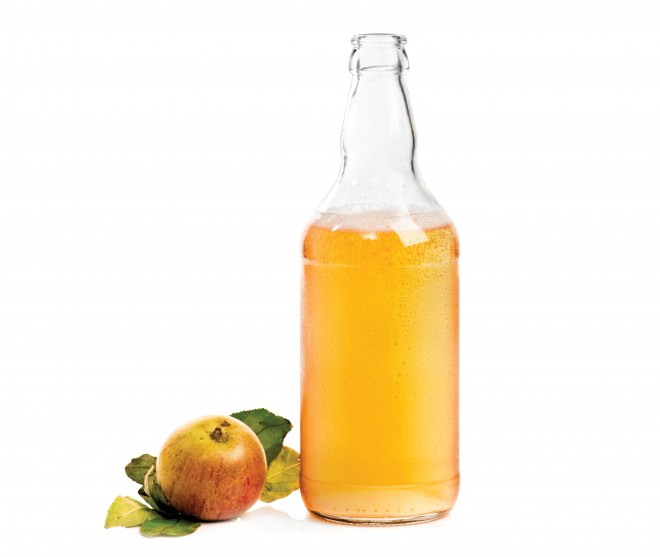 Happy hour has taken a turn for the tart. And Canadian breweries, from micro to Molson, are taking notice. The massive popularity of craft beer has carried over to the under-tapped cider market, where the range of flavours, sweetness and alcohol content make this gluten-free bevvy a favourite among discerning consumers. “The market [for craft cider] is very hot right now,” says Thomas Wilson, co-founder of Ontario’s Spirit Tree Estate Cidery, in an interview with The Toronto Star, “it’s open to anyone that’s there first.”

Canada’s first all-cider bar, Toronto’s Her Father’s Cider Bar and Kitchen, opened this past spring. Owner Josh Mott — whose parents run Beaver Valley Cidery — offers over 80 different small-batch and international ciders by the bottle, all enticingly stacked in a wall of fridges, plus 12 rotating taps of Ontario craft.

This is just the start of Canada’s cider renaissance. According to Euromonitor International’s report on cider trends in Canada, cider recorded a total volume growth of 22% in 2015, value growth of 26%, and “is expected to remain on a rapid growth trajectory over the forecast period.” And Mott agrees, recently telling Nuvo Magazine, “within the next 10 years, cider is going to have a revolution like craft beer.”

Thirsty for a taste of the revolution?

Here are just a few brands and bars to keep an eye out for:

Lone Tree Cider crafts their brews with apples from an old-growth orchard in B.C.’s Okanagan valley.

Ontario’s Brickworks Ciderhouse‘s “seed to cider” brew can be found in LCBOs across Ontario, as well as at various events, including the upcoming Collingwood Craft Beer Festival.

Fredericton, NB’s The CiderHouse sells locally made Red Rover Craft Cider, which can be purchased in refillable flagons.

Nova Scotia’s Bulwark cider — made with five varieties of apples from the Annapolis valley — is available at liquor stores across the province.