Like Cider? Here’s How To Take Your Appreciation To The Next Level

Navigating the world of artisanal cider. 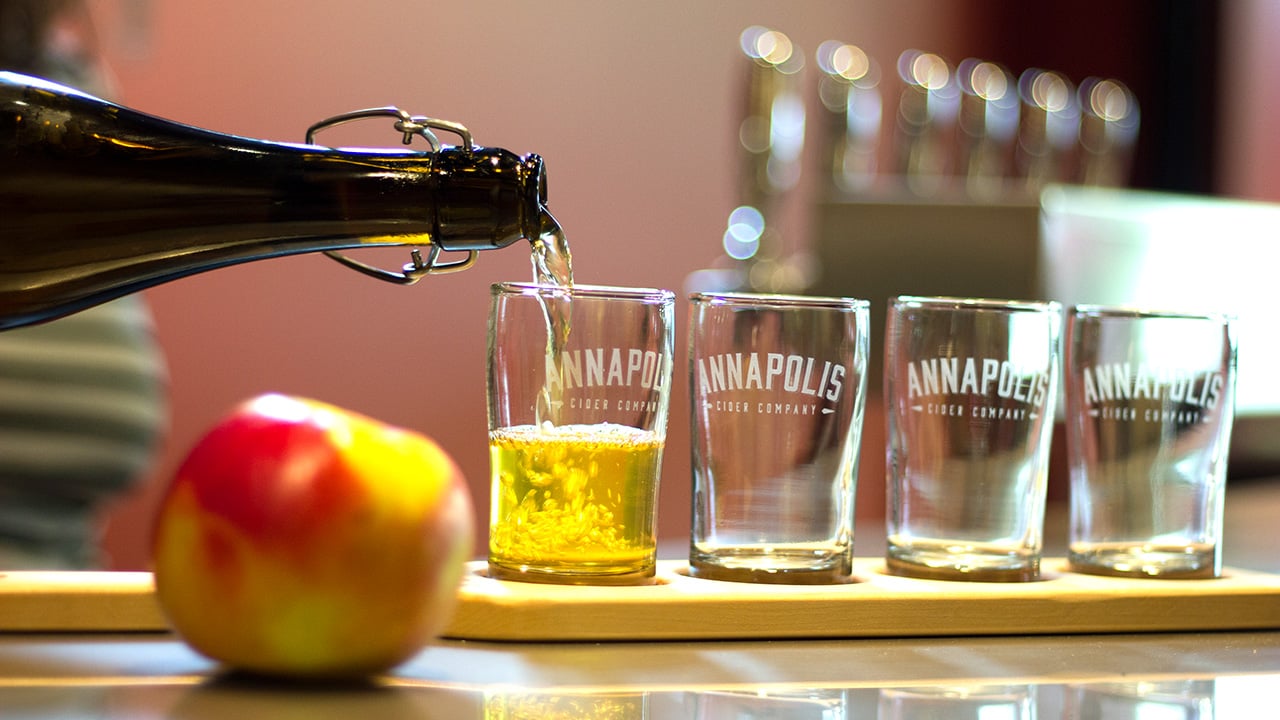 Cider used to be easy. Most bars had an option or two and, since they pretty much all tasted the same, it didn’t really matter which one you picked. Fast forward to now, when we are spoiled for choice with a dizzying array of traditional and experimental options from cideries and cider houses across the country.

Here’s how to navigate the world of artisanal cider.

The backstory: When did cider get so complicated?

Until about 10 years ago, most North American orchards were devoted to “eating” apples (a.k.a. dessert fruit), like Red Delicious or Galas—which don’t make great cider.

“If you use dessert fruit only, to make something like a red delicious apple cider, there’s not a lot at the back end. It sort of falls off pretty quickly,” says Robin Cairns of Dominion Cider Co. in Summerland, B.C. “It can make a very crisp cider, which would certainly work for some people, but there’s less complexity in there for sure.”

Cider apples tend to be lower in acidity and higher in bitter tannins—which give cider its structure. So, before cider pioneers like, say, Vancouver Island’s Kristen Needham could make artisanal cider, she had to plant “bittersweets” and “bittersharps” (traditional cider apples), which take time to produce fruit. Needham, a sixth-generation Canadian farmer who fell in love with cider culture in Wales, where she went to school, bought the land that would become one of Canada’s first cideries in 2003, but Sea Cider wasn’t open for business until 2007.

In addition to imported apples, a lot of cider producers also revived “heirloom” apples—older varieties that used to be common in North America before the 20th century but disappeared with the rise of the Red Delicious. One region, though, Atlantic Canada, didn’t have to work that hard at reviving lost varieties, since they never stopped growing them in the first place.

“We still have lots of Northern Spy around because there was a strong processing industry here and it was preferred for pies,” explains Sean Myles of Annapolis Cider Company in Wolfville, N.S., whose wife, Gina Haverstock is actually the cider-maker at this operation. “We also still have lots of Gravenstein, which is really unusual, and it’s a wonderful apple to use for making cider with great aromatics, so we make a single variety Gravenstein as well.”

Most cider is blended from several apples to get a good balance of acid, sweetness and bitterness, like the Annapolis Cider’s astonishingly good Heirloom Cider, which is made with Northern Spy, Golden Russet and Gravenstein. It’s like the Platonic ideal of an elegant, crisp and dry cider which, incidentally, pairs very well with a Szechuan shrimp and greens dinner. We tried the Old Fashioned Gravenstein with the same dish and it was great, too, but with a little less effervescence and a much richer apple flavour.

Another food-friendly cider made from heirloom apples is Sea Cider’s award-winning “Pippins,” a sharp, semi-dry cider with plenty of floral aromatics and tropical fruit, made from the yellow Newtown Pippin, which was often used for cider over 100 years ago. Brilliant with roast pork.

It’d be easy to start to get the impression that cider is really just wine, but made from apples. In fact, though, artisanal cider, which is free from wine’s strict rules and regulations, takes as least as much inspiration from the craft beer world, which is why “dry-hopped” cider is so common.

Hops are a natural herb that impart flavour and aroma to, essentially, all beer. Of late, they’ve found their way into some ciders, because they help to tone down the taste of apple juice, add complexity and balance out the overall profile. The Dead Horse Cider Co. in Manitoba makes a gorgeous one that shows how nicely hops can be used—Far From the Tree, a light-bodied cider with a great herbal and citrusy aroma and flavour.

Dead Horse is also doing neat things with cask aging, such as the Strawberry Sunrise—apple cider that spent six months in a tequila barrel and has been sweetened with berries and lime. Although dry, it’s got a rich, ripe strawberry taste and pretty intense notes of cacao, giving it a little bit of a dessert flavour.

Across the board, whether it’s wine, beer, spirits or cider, most alcohol producers pitch the exact same “proprietary yeast” into the fermenting tank. Yeast is a huge driver of flavour, so you can better control the outcome and ensure consistency.

A lot of cider houses are moving away from that method and opting to let the natural yeast in the environment ferment the juice, which often adds a bit of funk to the flavour. A leader in this movement is Guelph’s Revel Cider, which has a well-deserved rep for being one of the best cider houses in the country. Time and Place, a slightly funky and totally lively apple cider, is quite lovely.

On the west coast, check out Dominion Cider Co. This cider mill ships across Canada and low-intervention is their mantra.

For more experimental cider options, seek out Quebec’s Cidrerie La Somnambule (the Sleepwalker), which makes a wide range of terroir ciders. Although it’s a new venture for Emile Robert and Eve Larouche Lalibert, who bought it in 2016, it’s an old, long-established orchard with good bones and solid roots.

Especially when it’s on the dry side, cider is a brilliant late-afternoon/before dinner drink, which is probably why we were only mildly surprised to discover that the best hard seltzer we have ever tried (no exaggeration) is made from cider at Neige in Quebec. This clear cider comes in apple and grapefruit and both versions taste light, mellow and perfectly natural—what we always hoped a hard seltzer would taste like. Available at the SAQ.

In a similar vein (although completely different), Revel Cider from Guelph has made a cider version of the classic vermouth and soda—with a twist. The vermouth is made from cider and foraged herbs. And, since foraging is a highly seasonal endeavour, they’re changing up all the time. Currently, they have “The Spot You Told Me About,” a floral yet dry vermouth soda made with crabapples, Gewürztraminer and cherries.

For dessert, we go back to Quebec’s Neige, which makes a great ice cider, a style of dessert “wine” invented in Quebec a little over 30 years ago. It takes after ice wine and is similar, both in the way it tastes and in that it’s made with juice from frozen apples. Once you’ve tried it’s hard to imagine serving a hard cheese plate without it—that’s how great a pairing it is.

For soft cheese pairings, we loved Sea Cider’s Bramble Bubbly, a rich and jammy blend of apple cider and blackberries—it’s a touch sweet for dinner, but awesome for dessert.

The case for cider

To sum up, it’s time to get to know cider a little better. It’s a food-friendly, lower-alcohol drink that can be paired with practically any meal (with the possible exception of steak). And, because family-owned cider houses are to be found all across the country, it’s easy to support local, independent businesses—and farmers—in basically every region.

Win, win and win some more. Oh, and did we mention it’s delicious?

This article was originally published in March 2021; updated in 2022.