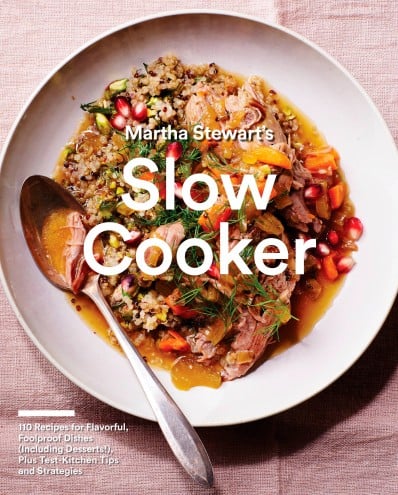 Martha Stewart’s new slow cooker book claims to deliver foolproof recipes (including desserts) that maximize flavour. Stewart refers to the time-saving machine as a smart cooker — which sort of elevates the plug ‘n play device from simply a time-saver to a cooking tool with its own niche skill-sets — low n’ slow cooking to tenderize tasty but tough meat cuts (braising), poaching fish quickly (without fear of overcooking) and making pantry staples like chicken broth. 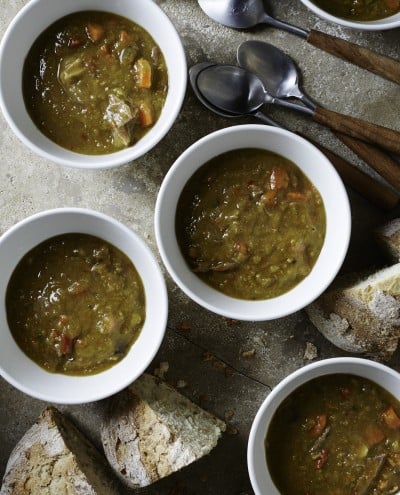 Flipping through the book, I was immediately drawn to the variety of internationally inspired dishes incorporating flavourful ingredients like Thai bird chilies, lemongrass, bonito flakes, guanciale, clarified butter and Madras curry powder.  Some of these ingredients I have in my pantry (but wish I used more) and some like bonito flakes I looked forward to using beyond making dashi for miso soup.

As I looked closer, I realized that the flip side to these slow cooker recipes — usually popular for ease and efficiency — is that many of them call for extra effort in some form. Stewart has adapted some classic dishes for the slow cooker that would typically be made in a Dutch oven, but they often require the same amount of prep (searing meats or sautéing vegetables in a pan) before you add them to your crockpot. And you’d need to add a bit of extra time to your shopping as some ingredients may not be available at your local grocer (galangal for example).

It looked like the book would take my slow-cooker recipes next level — but not without some work on my end. Was it worth it? 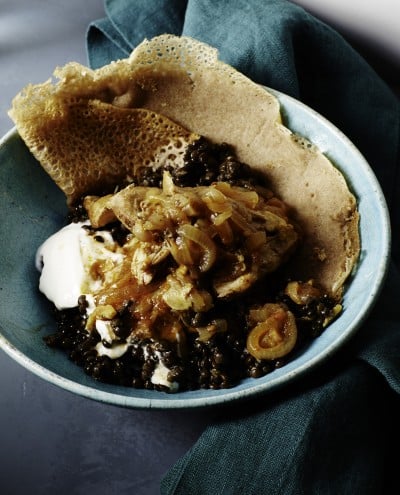 In a single week, I tried:

Do the Recipes Actually Work?

The recipes not only worked, I’d absolutely make all of these meals again. The Ethiopian chicken was fragrant, comforting and everyone (even an 8-year-old) gave it a thumbs up. Caveat: You have to toss the chicken in a spice mix, brown it in two batches and then brown the veggies before everything goes into the slow cooker. Just sayin’.

With the Coq Au Vin, I loved that, unlike when using a Dutch oven, I could leave the house while the dish was cooking. But as I was rushing to throw it together,  I realized it required about 30 minutes of prep — frying bacon, searing veg and deglazing the pan. I was grumpy, but the results were melt-in-your-mouth tender and layered with savoury deliciousness. So, yep, I already have it on my next shopping list. 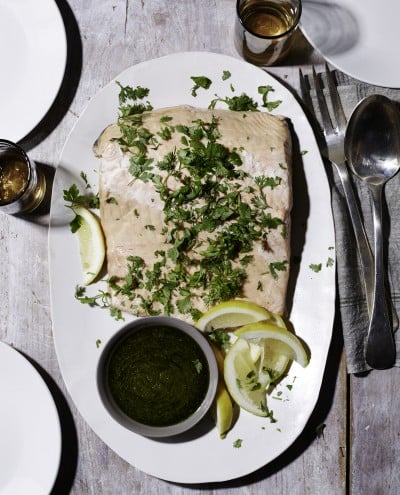 The salmon turned out moist and delicious, and was straightforward to make — the poaching broth cooks in the slow cooker and then you add the fish. The recipe includes a salsa verde which is fairly quick, requires washing herbs and adding them to your food processor with some garlic and olive oil. I have no problems baking salmon in the oven, but this was, as promised, a foolproof, tender fish dish. 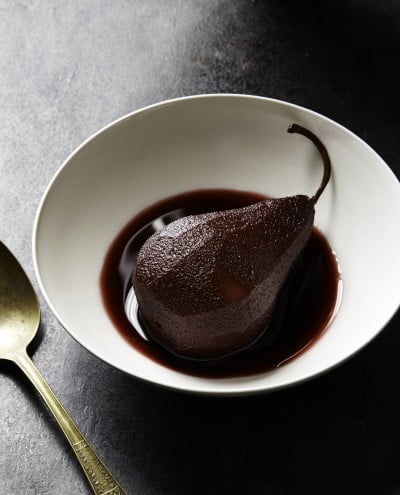 Poached pears are an easy make-ahead dessert—lovely with a side of  ice cream.

For dessert, I would have tried the cheesecake recipe, but it calls for a slow cooker that fits a spring-form pan (a few recipes didn’t work with my small, round slow cooker, so just make sure you check what size cooker you need before you commit).  Instead, I made the poached pears, which were tender, elegant and delicious. You reduce the poaching liquid on the stove before serving, and leftovers are amazing on ice cream. 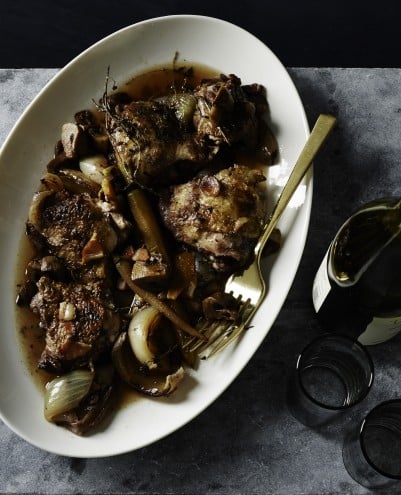 Classic coq au vin — you can walk out the door and leave it cooking.

Guys, this is Martha and of course she delivers. Her editors and recipe developers spent an entire year perfecting these recipes. There were so many amazing dishes I wanted to try,  it was hard to pick only three to test (which is why I made four) — and I’ve kept going. This book is a keeper.

Another plus is that these recipes elevate slow-cooker fare. These are dishes you’d pull out for entertaining, and not only for a casual drop-in — the poached pears are elegant enough for a more formal meal and making Mexican Oxtail Stew for guests is sure to trigger some serious oohhs and aahs.

Just know that the best results will require some extra attention and pre-planning (maybe even an extra stop at a specialty grocer). Some techniques, like using the slow cooker as a bain-marie, seem like a stretch (it still seems way easier to bake crème brulée in the oven), but recipes for other staples, like chicken stock, might get you to put your chicken leftovers to use instead of throwing them into the green bin.

Even if you’re simply looking to inject more flavour into your meals, with this cookbook you’ve come to the right place.

Who to buy it for:

Where it will live: