Three Recent Cookbooks That Made Me Want To Cook Again

A succession of new-ish books are tackling what keeps us from cooking, what can make cooking suck—and why it’s worth it regardless. In the process, they’re questioning what a cookbook should even look like. 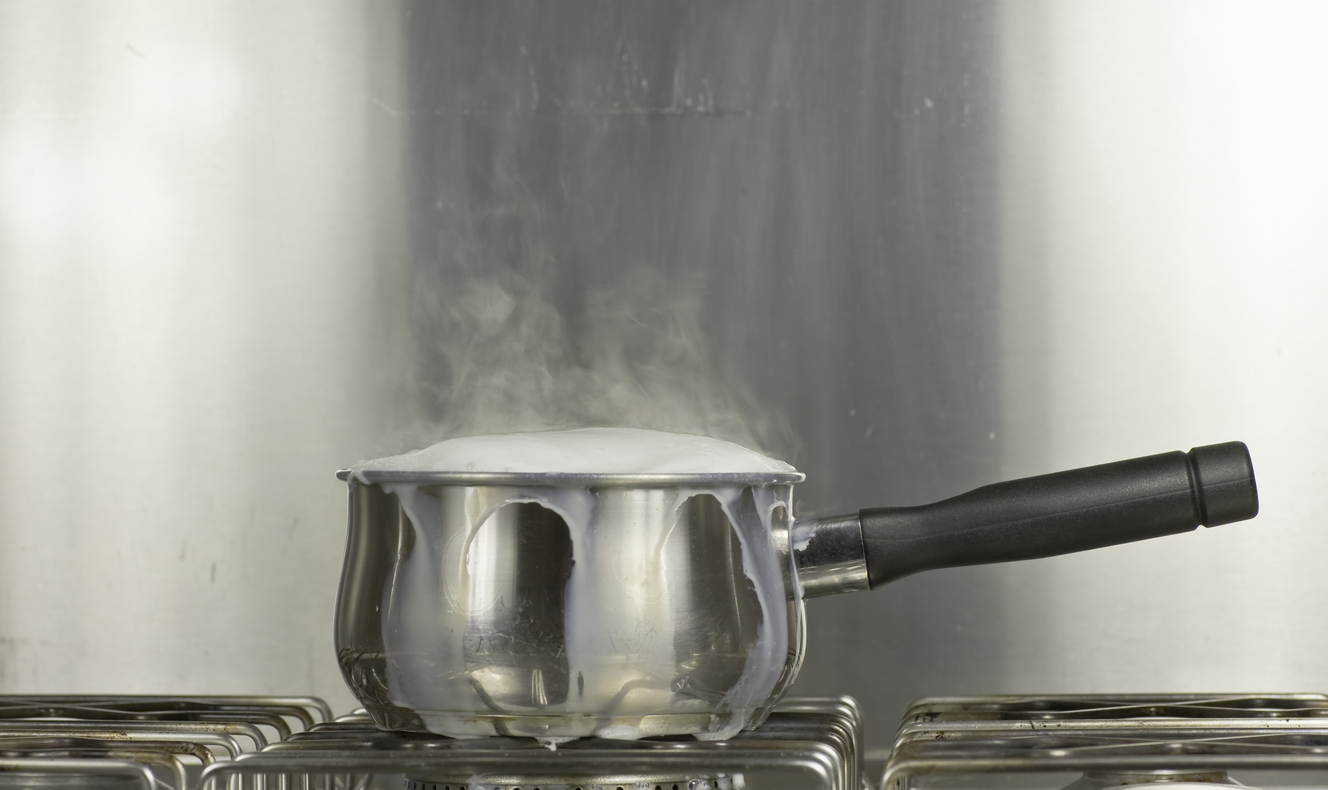 Underslept and ovewhelmed, I knew I needed to revisit my relationship to cooking after nearly starting multiple fires in our kitchen. (Photo: iStock)

One morning last summer I set a plate on my stovetop while getting a batter together for pancakes. At some point while whisking I heard a faint whistle, an ambient whine that started as a hiss and grew louder as I tried to locate its source. I only understood what was happening just seconds before the plate exploded, sending splinters of ceramic all over the kitchen: after making hot chocolate the evening before, I’d left the stove element running on high all night. It was a miracle I hadn’t started a fire.

I wasn’t doing well at the time. My second child was a few months old, I was extremely sleep deprived, and newly grieving a series of unexpected family deaths. Like a lot of people, during what was supposed to be the joy of a two-dose summer I continued to feel anxious, stuck, and guilty, even, for feeling this way in the first place. I increasingly leaned on my time in the kitchen for respite; a place I had at least the illusion of control over my environment, and where mistakes didn’t have so high a cost.

But lately those mistakes had gotten comically bad, and sometimes scary. Knife cuts, oven burns, pots left to scorch. I forgot a cake left on the roof of a car and got halfway across the city before noticing. That plate exploding helped me understand that whatever emotional reliance I’d had on cooking till that point—and it was a reliance—needed to stop. Why else would an underslept new mother make stovetop hot chocolate at 2 a.m., or think weekday pancakes the next morning would be a good idea?

A tidier version of this anecdote might’ve ended with me handing cooking duties off to my partner, which I did, or finding inspiration in some heirloom family recipe. But the reality of needing to feed yourself (and in the case of parents, small children) three times a day is a little less forgiving than the idea of a neat solution. For months afterward, I just posted pictures of my little cooking wins, and all but zoned out during mealtimes when things went really off the rails, which was more often than I’d have liked to admit. What pulled me out of this slump wasn’t cooking, exactly, but reading about it: new-ish books about what keeps us from cooking, why it’s worth it regardless, and the work of learning to live in the ongoing nature of both those things. 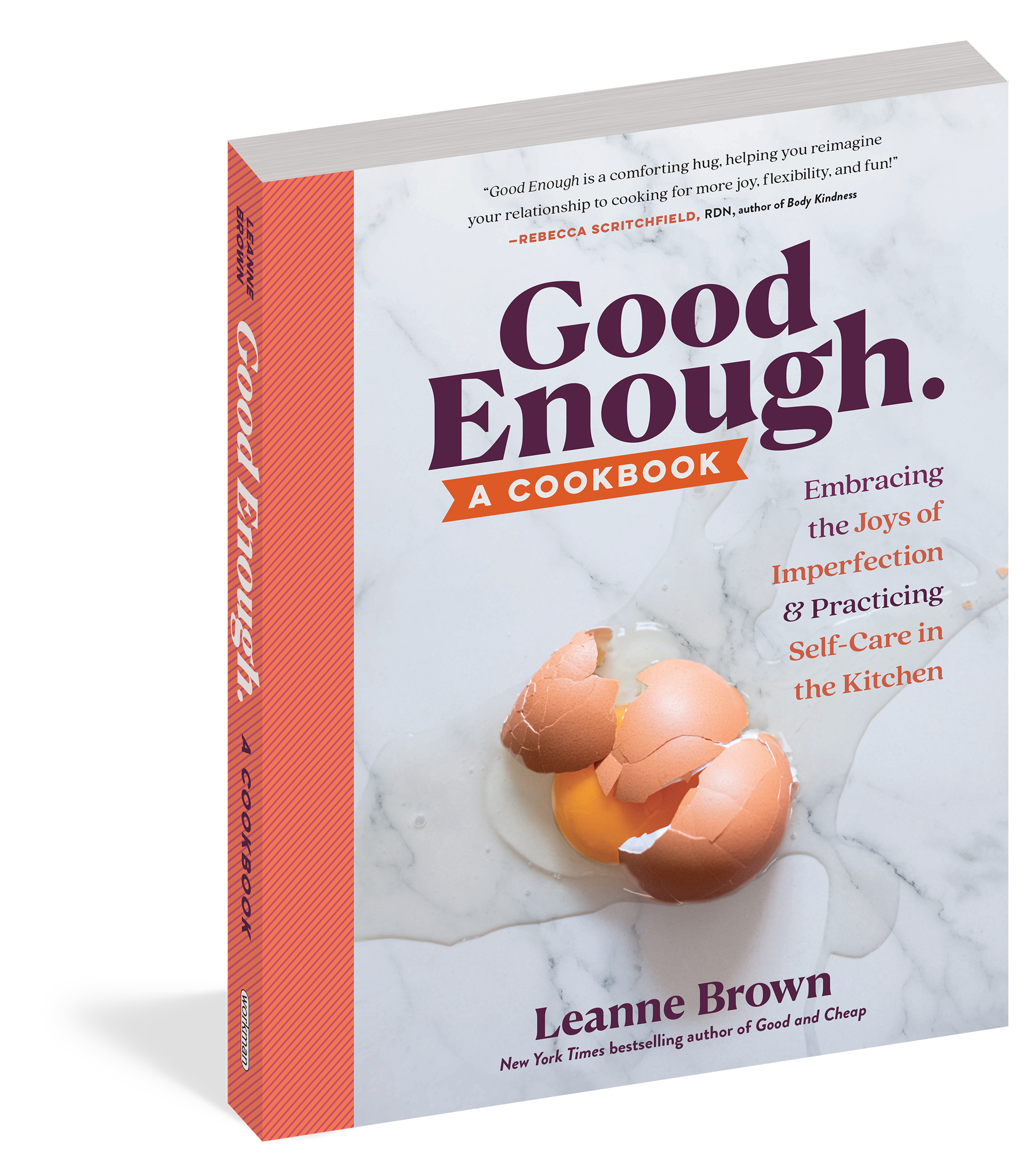 Leanne Brown, for example, is no stranger to this feeling. In 2013 the Edmonton-born author released Good and Cheap; a cookbook initially conceived as a graduate food studies project at New York University for households on restrictive budgets. It showed how delicious, healthy, and simple meals were possible on a $4-a-day budget, and went on to become a New York Times bestseller and runaway success.

But what Brown experienced in the period following this whirlwind, she says, was completely unexpected: burnout, anxiety, and a lingering loneliness that followed a pregnancy and the birth of her child. “How many times had I said it was a privilege to eat three times a day? How many times had I said cooking was easy?” she writes in the introduction to Good Enough, her latest cookbook out this month. “I felt like such a fraud as I ate handfuls of nuts over the sink.”

What follows is a collection of easy, adaptable ideas that debunk the implicit poise lifestyle-oriented cookbooks often rely on to sell ideas about weeknight dinners. In Good Enough, the dishes aren’t styled to within an inch of their life. The flavours are genuinely comforting, but not bossily communicated as The Thing You Should Eat Right Now. The recipes are written in longform for the reader who wants step-by-step guidance, and for the experiential learner or time-strapped cook, a TL;DR version a sentence long.

This is by design, says Brown. She sees her book as a response to the culture of cookbooks, cooking shows, and the way we share food over Instagram. “These books are often divided into categories like appetizers and desserts. I wanted to reframe it around how we integrate these ideas in how we feed ourselves in our day-to-day life,” she says, explaining the book’s division into categories such as food for yourself, for others, for celebration and for when you’re struggling. “We are really just trying to feed our bodies, our families’ bodies. How do we do this over and over?” 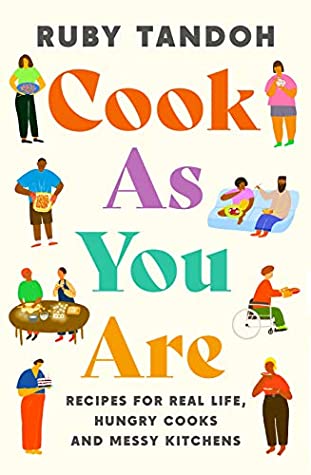 Cookbook author and former Great British Bake Off star Ruby Tandoh suggests an answer in the title of Cook As You Are, released last year and out in Canada this spring. “We try to cook ourselves better somehow—maybe into a different body or a bigger kitchen or a more accomplished persona—instead of meeting our hungers here and now, as we are,” she writes in the book’s introduction. This applies to more than just the aspirational comparison game that food on social media can incite; it’s the things we’re led to believe are “acceptable” dinner foods, the expectation that cooking any less frequently than every day is some sort of personal failure; the pernicious assumption that if it doesn’t involve a stove, a pan and multiple ingredients, it doesn’t count as cooking. Cook As You Are shows how none of these things are really true.

Tandoh’s compassionately written book sorts recipes by mood and circumstance, and, importantly, eschews food photography of any kind for illustrations instead. “When we look through cookbooks at the photos,” she writes, “we’re not just gleaning clues about what the food is and how to prepare it. We’re also absorbing cues about lifestyle, class, and background, from everything from the silverware on the table to the (usually white) hands stirring the pot.” I don’t think it’s a coincidence these books are arriving in the third year of a pandemic that has radically changed the way we think about how we feed ourselves, and, crucially, how we talk about it, and who gets to. 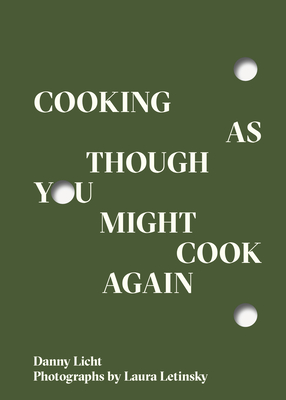 Whether you emerged from the first series of lockdowns a sourdough genius or deliriously happy to break out of cooking jail, four waves, subsequent lockdowns, and 22 months have forced a lot of people to consider the prospect of cooking every day for the rest of their lives. There is both joy and dread in that. In Cooking As Though You Might Cook Again, released last year, writer and former cook Danny Licht gets at the threads of both in a essay-cookbook hybrid that begins with a simple method for cooking beans, which segues into a recipe for pasta e fagioli, then a meditation on garnishes, the virtues of soup with what you have. The book crescendos into braised meat with rigatoni—and returns to beans. Not once in its 78 short pages did I think, “leftovers.” Shortly after I’d put the book down, I put a pot of beans on the stove. At some point, without my noticing, my extreme suggestibility in appetite had returned.

If it sounds precious to talk about one’s feelings about morning pancakes as a gauge of emotional wellness, it’s because it is: the ability to move in and out of different ways of feeding yourself simply by choice is an immense privilege. A relationship to cooking, however, is not. Everyone has one. Even a person’s complete disavowal of the act of preparing what they’re going to eat is a version of it, and this, too, is all right.

What I’m trying to say is that I know this compassionate outlook on cooking will too, at times, not always be applicable in my day-to-day life. That there have been and always will be times when I, too, just want to eat nuts over the sink. Or when I don’t have the choice to, and the thought of turning the stove on to feed my children will make me want to shriek. Times when I will simply refuse to and no matter we end up having for dinner—delivery, some random fridge ingredients heated and mashed on toast—things will be just fine.