Testing them out in chocolate chip cookies, blueberry galette, and flaky biscuits. 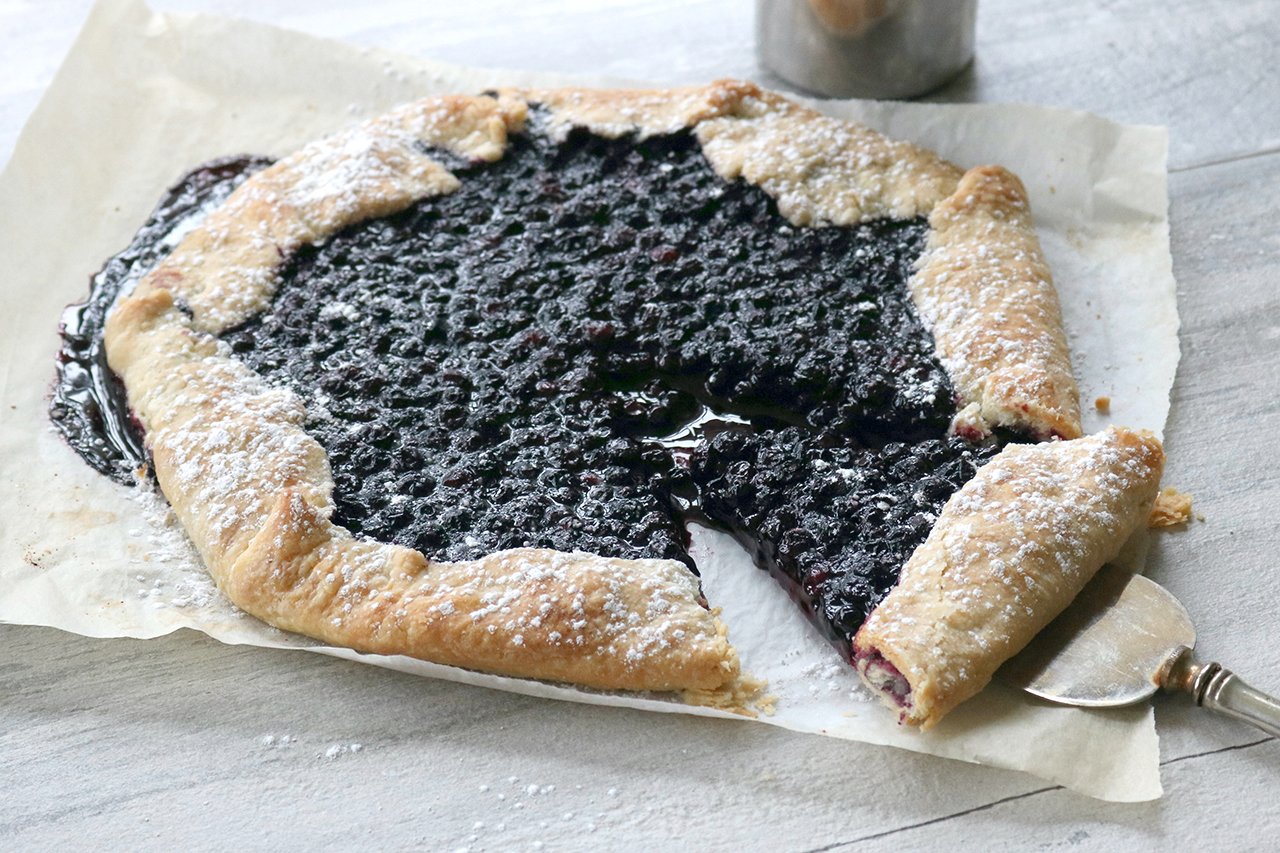 In the kitchen, you have plenty of options when it comes to fats—butter and ghee, vegetable oils, lard, coconut oil, shortening and margarine, which is essentially shortening with colour and flavour added. Which you choose depends largely on what it is you’re making, but also what’s accessible and affordable, how you feel about our consumption of saturated (or unsaturated) fats, and how each fits within your dietary parameters. And, of course, ethical and environmental factors are often considerations when it comes to how you shop and eat.

Recent scrutiny surrounding butter—most notably, concerns around the use of palm-based supplements and their impact on the texture (and nutritional profile) of butter—has led to a discussion about switching to plant-based alternatives. So I took some baking-focused plant-based butter brands for a test run to see how they behaved in the kitchen in drop cookie, cake, pastry and biscuit situations.

Before we get started, I’d like to address a few common questions about plant-based butter substitutes.

What’s the difference between old-school margarine and the new “plant-based” butter substitutes?

Margarine is defined as “a butter substitute made from vegetable oils or animal fats,” yet the term has apparently fallen out of fashion; Becel now markets its baking products as “Plant-Based Bricks” or sticks ($3.79-$4.79/500g), the latter measured into half-cup lengths for ease of use—and to mimic that familiar style of butter packaging. Flora “Plant Butter” ($5.49/227g) is the newest brick-style plant-based butter (a.k.a. margarine) to be introduced to the Canadian market (it’s actually owned by the same parent company as Becel).

If the main concern is spreadability and ease of beating, switching to margarine makes sense—for the most part, tub-style spreads are soft and smooth, though spreads tend to create a cakier texture than firmer margarines. When it comes to baking, which the pre-measured sticks in particular are marketed as well-suited for, both bricks and sticks have a far higher ratio of saturated to unsaturated fats compared with spreads, making them more solid. At fridge temperature, they’re as firm as chilled butter, meaning they can be blended into biscuit and pastry dough in a similar way. But because they’re softer at room temperature than many Canadian butters, they can also be more easily beaten into cake batters, cookie doughs and frostings. (They soften up at room temperature more quickly than butter, too.)

For those seeking butter alternatives due to concerns about palm-based ingredients, it’s important to note that Becel bricks and sticks contain 55 percent modified palm and palm kernel oil, along with canola oil—more palm fats means a higher proportion of saturated fat compared to the tub versions of Becel, which makes the bricks firmer while keeping them vegan. Flora Salted and Unsalted Plant Butters contain 68 percent modified palm oil and palm kernel oil.

Oils extracted from the fruit of the oil palm (and its kernel) are among the very few plant-based fats that are highly saturated, meaning they’re firmer at room temperature without requiring hydrogenation—the process commonly used to transform liquid vegetable oils into solid and semi-solid fats, until Health Canada disallowed the process in an attempt to eliminate artificially-made trans fats.

Palm fats are very common in highly processed foods in general: They’re inexpensive, have high melting temperatures and provide stability and smooth mouthfeel. That means they’re in demand in the growing plant-based food processing industry. (Coconut oil is also highly saturated, but has a different fatty acid profile with a lower melting point—its primary saturated fatty acid is lauric, which melts at 45˚C; the dominant saturated fat in palm oils is palmitic acid, which melts at 63˚C—and coconut tends to have a more distinct flavour than palm oils.) Palm oil (which is about 50 percent saturated) and palm kernel oil (which is about 82 percent saturated) are key ingredients in many margarines; I’ve also seen them creatively identified on ingredients labels as “oil blend” whose primary source is “palm fruit.”

More palm oil is produced worldwide—primarily in Indonesia and Malaysia—than any other vegetable oil, with 85 percent going to the food industry. And though palm plantations are strongly associated with poor ethical and environmental practices, palm has potential: More oil can be produced per hectare than any other variety. Switching from palm oil to soy, sunflower or canola oil would require up to nine times as much land to produce the same amount of oil, according to Conservation International, a nonprofit organization dedicated to global biodiversity and societal well-being.

Both Becel and Flora are owned by Upfield, which is a member of the Roundtable on Sustainable Palm Oil (RSPO), and complies with the organization’s human rights standards, and requirements to not contribute to deforestation, destruction of habitats, or loss of biodiversity.

I brought some of the newest plant-based brick-style butters, Becel bricks and sticks and Flora, into my kitchen to try in a few classic baking applications. You can swap any of them 1:1 for butter in your own recipes, but here are three for you to try. 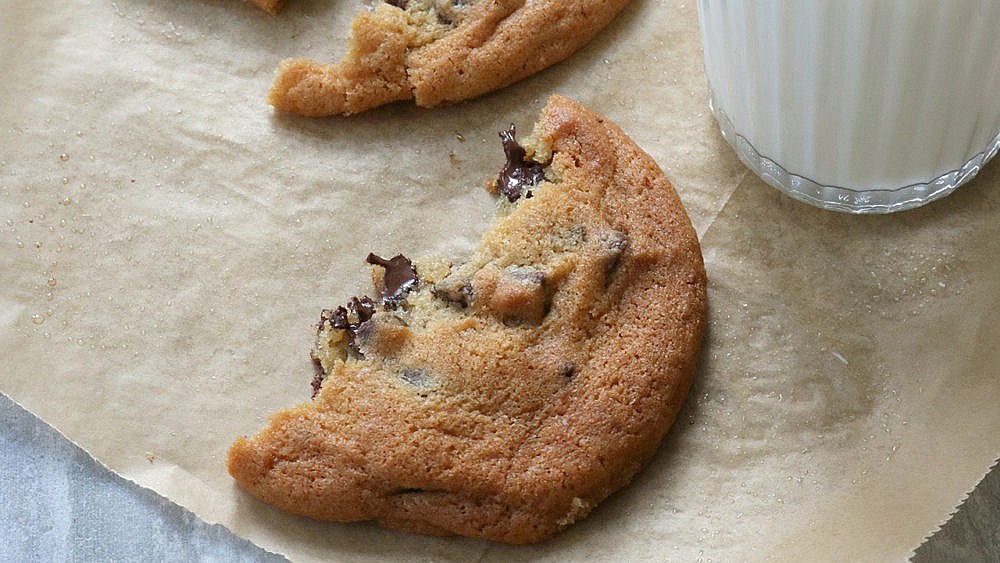 A classic chocolate chip cookie seemed like an important test run—a good way to assess the texture and flavour that the Becel butter alternative provides. I didn’t test them with Flora, as the bricks and sticks were easier to beat, even straight from the fridge, and even more so at room temperature. They made a soft dough that spread well, but not too much, retained some thickness in the middle, and had a crisp edge. The only downside: butter is an important flavour component in chocolate chip cookies and these had a noticeable flavour some tasters instantly described as coconutty. They tasted more like packaged cookies, likely because palm fats are common in processed foods, and lacked the buttery flavour you may not realize is an essential component of a chocolate chip cookie until it’s not there. Get this Becel Plant-Based Bricks Chocolate Chip Cookie recipe.

Overall, the plant-based butter substitutes were inexpensive and easy to work with—they had a soft, smooth, uniform texture I wish more butters had and behave much like butter in a wide range of recipes. But they didn’t taste like dairy butter, and the flavour of butter is my favourite part of so many baked goods—it’s essential, I think, in everything from chocolate chip cookies to biscuits. The flavour—or lack thereof—wasn’t as noticeable in baked goods with more flavourful elements, like spiced carrot muffins and chocolate cake, for which I generally default to canola oil anyway.

I would consider using plant-based butters when cooking for friends who are vegan or unable to eat dairy, when mild vegetable oil isn’t a suitable option. I will also continue to pay attention to manufacturers’ ethical and sustainability policies. As with everything else we eat, what we decide to buy and bring into our kitchens depends not only on what we like and have access to, but also bigger issues that impact our global community, and our planet.