The produce bargain rack is where I play a game with myself. It’s the wild-card ingredient not on my shopping list, but soon on my dinner table. 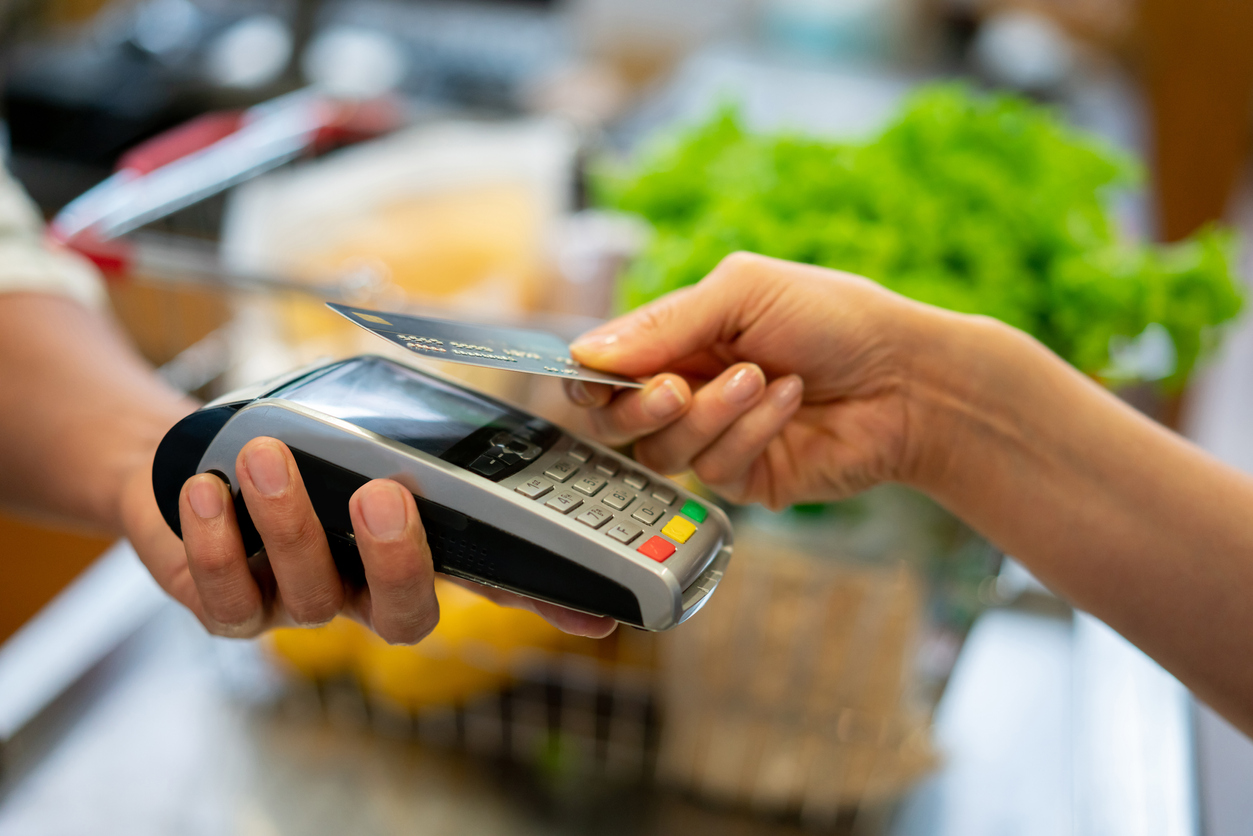 Lately, I’ve been broke. A hundred dollars at the grocery store used to cover four or five days, but prices have gone up. Now it’s gone in a couple. I’ve abandoned stuff at the cash, asking for a refund on the cream cheese while the next customer looks on, avoiding eye contact. A woman offered to pay for a navel orange one day. I let her—my debit card declined for the fifty-six cents. I feel no shame. Overnight in March 2020, my anchor gig teaching cooking classes disappeared. Making ends meet in a global pandemic has been challenging since then. I know you understand.

The grocery store has been the one constant in my life throughout the pandemic. In the early days, it was my only weekly outing. Without it, the social isolation would have been profound. It was one of the only places I gathered with strangers.

Sometimes extraordinary things happen in mundane places. In a busy grocery store, we seize the opportunity to be good humans. During the holiday season, there were stories on social media about the kindness of strangers at the checkout. A woman having to return a frozen turkey. The man behind her quietly paying for it. They broke my heart open. When the means and opportunity arise, I am committed to paying forward any kindness I receive.

When I go shopping, I take my little two-wheeled foldable buggy and walk the four city blocks to my local grocery store. I’ll line up if I need to. I don’t order online. (Remember when people were fumigating groceries in their garage for 24 hours before bringing them in the house?) I don’t own a car.

It’s civil where I shop. Most people, including the employees, are cordial, even at 5:00 p.m. on a weekday afternoon. The people stocking shelves in the just-in-time model want to help. There may be shortages on the shelf, but not in kindness.

The produce department’s my favourite. Even though most grocery store layouts feature it at the entrance, I save it for last. Growing up, I was the kid who loved vegetables; usually, more than half of what I purchase is produce. I like seeing it on the conveyor belt, a striking visual balance against the other items.

But getting nice fresh things in January and February is a challenge, even when money isn’t tight. It always costs a bit more. These days, necessity has made me turn to frozen vegetables. Broccoli in ramen, raspberries in morning oatmeal. But I’ve also become a big fan of the metal discount rack parked in the aisle where they sell onions, ginger, and garlic. Some days my timing is perfect: I’ll arrive just after an employee has done a sweep of the department and applied the neon pink discount stickers.

There is nothing as sweet as the exhilaration of scoring a bargain. For a moment, I feel like a champion. I would throw my arms in the air and let out a hoot if it didn’t frighten people. The produce bargain cart is where I play a game with myself. What’s on the rack, and what’s in my imagination. It’s the wild-card ingredient not on my shopping list but soon on my dinner table.

I’ve turned a big $3 bag of cremini mushrooms into a mushroom and celery root soup with barley. Eaten spears of tender, sweet Persian cucumbers for lunch: it cost $1 because a corner of the tray was crushed. (Who cares about the tray?) I snapped up five big yellow peppers for $4 with no idea what I would do with them. I brought them home and searched my cookbooks for inspiration. Stuffed them with tomatoes and basil, baked them, and made a garlic and anchovy dressing. Enough to feed four people, no problem. I’ve taken a $2 bag of zucchini, sliced them thin, and cooked them with caramelized onions, following Marcella Hazan’s lead.

Being a chef, I have an advantage, no question. But I know plenty of people without a professional cooking background who enjoy planning dinner, and turn it into a highlight of their day. The only special requirement is a bit of enthusiasm. You don’t have to do it up fancy. I could have stretched those dollars and thrown the zucchini and peppers into pasta. Instant boosted nutrition. My biggest piece of advice for cooking produce this way? Always have butter and olive oil. I’d take a pass on laundry detergent before good-quality fat. Anchovies, capers, garlic, too: all are low-cost, big-flavour staples.

Some of you might be old enough to remember the cookbook More-With-Less, written in the ’70s by the Mennonite Central Committee. I cooked from it a lot in university during the ’80s. It feels good to return to those values, like meeting an old friend again. Making much of little is steadying—a panacea in an upside-down world.

Taking care of myself has been imperative in the past three years. I do it in spades in the kitchen. Meals have been the one thing getting me through it all. Zucchini, cremini mushrooms, cucumbers, and yellow peppers are small comforts. And while I’m cooking, I want for nothing.