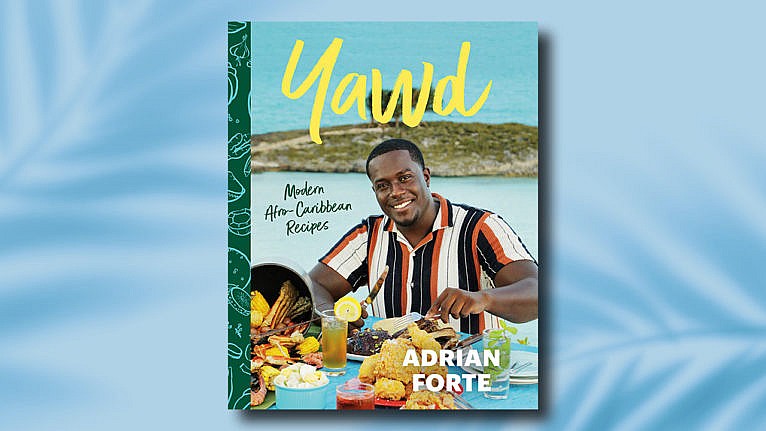 (Photo, John Molina. Published by Appetite by Random House, A Division of Penguin Random House Canada Limited. Reproduced by arrangement with the publisher. All rights reserved.)

We’re talking about salted codfish in particular, which was brought to the Caribbean as part of the transatlantic slave trade and remains a staple in Caribbean cuisine. It has a “complicated history,” Forte notes in Yawd: Modern Afro-Caribbean Recipes, his first cookbook. (The book shares a name with the wildly popular pop-up he ran in Toronto in 2020.) But Forte also loves salted cod for its “nice, salty, umami flavour”: Right before our interview, he’d just ordered saltfish-and-ackee fritters from a favourite Jamaican joint in Turks and Caicos, where he’s now based.

Forte has been cooking since he was a kid in Kingston, Jamaica; with no nearby restaurants to grab a bite from after school, he and his friends made their own meal deals. “We’d scrimmage our money together, buy ingredients and make a coal stove in my backyard,” he says. This potluck-style cooking is known in Jamaica as “running a boat,” with guests bringing over different ingredients and a “captain” taking the lead in preparing the food. By this time, Forte had learned to cook alongside his maternal grandmother. In her kitchen, “music was always blasting,” he recalls in Yawd, and when she moved to New York, Forte followed. He ended up in Toronto, where he studied culinary arts and began working at restaurants in Canada and beyond.

There are a few classic recipes in Yawd—Saltfish and Ackee Fritters and Red Kidney Bean Stew among them—but Forte’s focus is new takes on Jamaican flavours, like Oxtail Nachos, Jerk Marinated Coq au Vin or Rum-Soaked Chicken (the audition dish that clinched him a spot on Top Chef). Like those after-school cook-ups, Forte’s Salted Cod Fried Rice was born of necessity: He was craving Chinese fried rice, a dish rooted in the same use-it-all-up ethos he grew up with, and had some leftover rice and salted cod in the fridge. Fifteen minutes later, he had dinner—and another signature Caribbean remix recipe to share.

Get the recipe for Adrian Forte’s Salted Cod Fried Rice.